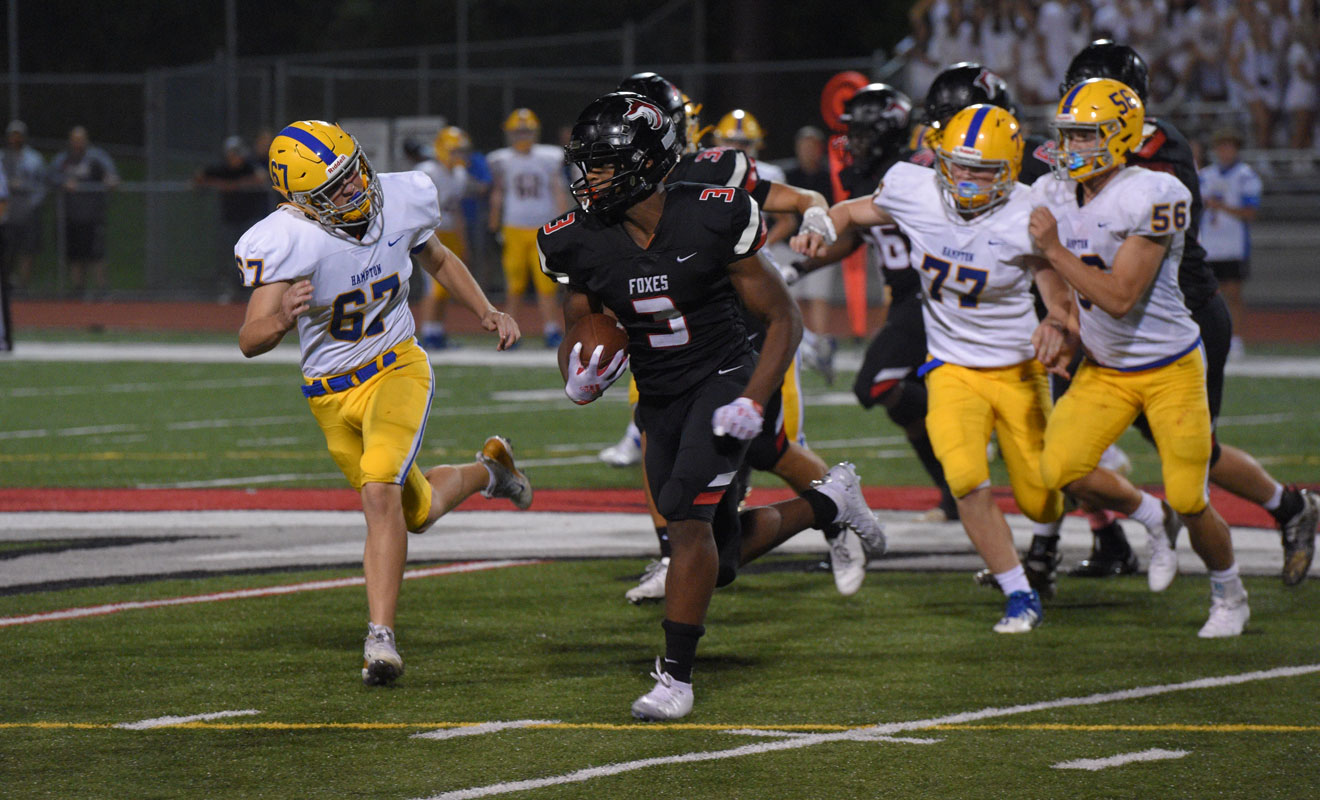 Fox Chapel’s Zidane Thomas shares the same name as a fútbol legend. Zinedine Zidane was a three-time FIFA Player of the Year who led France to a World Cup title in 1998.

A little over two decades later, the Western Pa. Zidane is making a significant impact on the field, too.

Only it’s in the “other” football.

Thomas is a senior who is having a big season as a standout running back-linebacker. He ranks second among WPIAL Class 5A players in rushing and is also one of Fox Chapel’s leading tacklers.

“He’s done everything we’ve asked him to do, and he’s done it well,” Fox Chapel coach Tom Loughran said of Thomas, a two-year starter.

The 683 yards Thomas has amassed trails only Penn-Trafford’s Cade Yacamelli (708) in the classification. And Thomas has needed only 85 carries to do it, good for an average of eight yards per tote. He has also scored a team-best eight touchdowns.

After his performance last week against Shaler, there should be no doubting Thomas. Not after rushing for a career-high 186 yards and three touchdowns on just 13 carries in Fox Chapel’s 28-14 win. Thomas scored on runs of 22, 77 and 39 yards.

A solidly built 6-foot, 205 pounds, Thomas has pounded his way to 100-yard rushing efforts in four of Fox Chapel’s six games. But Thomas isn’t all thunder. Nicknamed “Ziggy,” he has some zigzag and lightning to his game, too.

“He’s more of a power guy, but I don’t want to downplay his elusiveness,” Loughan said. “He runs with some strength, but he also has the capability of running away from people.”

Thomas has helped Fox Chapel win two of its last three games to improve to 3-3 overall and 1-0 in the Northeast Conference. The Foxes have already exceeded their win total from last season when they finished 2-5. They travel to Kiski Area (5-1, 0-1) on Friday.

“We’ve had our ups and downs, but we’ve been getting better,” Loughran said.