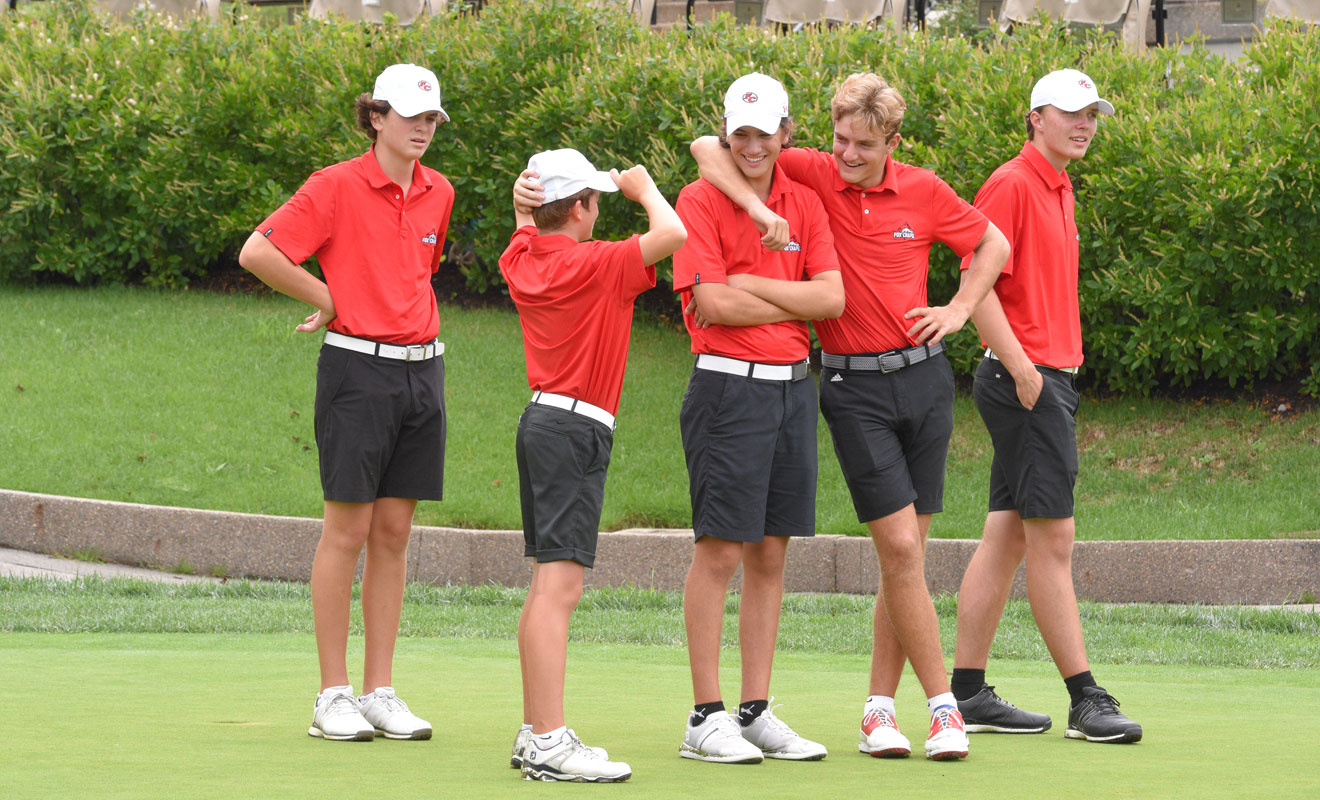 Many youngsters find something interesting to do in the summer between their junior and senior years of high school.

“I played seven or eight different courses. My father is the pro at Yellowstone Country Club,” Johnson said.

“It’s so beautiful there with the different elevations. I found the course styles were so different and the views spectacular. On the Old Works course that Jack Nicklaus designed, there’s black sand.”

But now it’s back to business at Fox Chapel with the school’s golf team experiencing its usual success.

This season has brought the program its 30th section boys golf title, all since 1966.

“We’re fortunate to reload over the years with the talent we’ve had,” said 11th-year head coach Bryan Deal.

“This year, we’re solid with bringing nine of the 10 golfers back.”

“The schedule has as many of the top teams as we can get,” Deal said, “so we’ll be ready for the team playoffs in October. I tell them it’s a process.”

The WPIAL golf committee was scheduled to set the team brackets Oct. 1. Teams will enter a semifinal competition Oct. 12 at two courses, leading up to the finals Oct. 14 at Cedar Brook Country Club in Rostraver Township.

Fox Chapel has won five WPIAL titles and has been runner-up seven times.

“I’m proud of the kids and what they’ve done,” Deal said. “We’re fortunate to be in the mix and all you can ask for is an opportunity.”

Fox Chapel also did well in the Class 3A individual tournament Sept. 28 at Willowbrook Country Club. Yofan, Paper, Delaney and Johnson qualified for the WPIAL tournament. Davey Fuhrer, a sophomore who won the individual Section 8 title earlier, qualified as an alternate. He is the nephew of storied Fox Chapel golfer Frank B. Fuhrer III, the 1976 WPIAL and PIAA champion.

Just to get to the 36th and final slot, Johnson had to survive a playoff of 10 golfers.

“That was pretty crazy,” Johnson said. “I didn’t have a good start or a good finish. You have 10 playing for one spot, the odds aren’t good. I never had to go through anything like that, so I had to have a lot of fortitude.”

Said Deal: “Max found a way to put it together and got a birdie on that first playoff hole.”