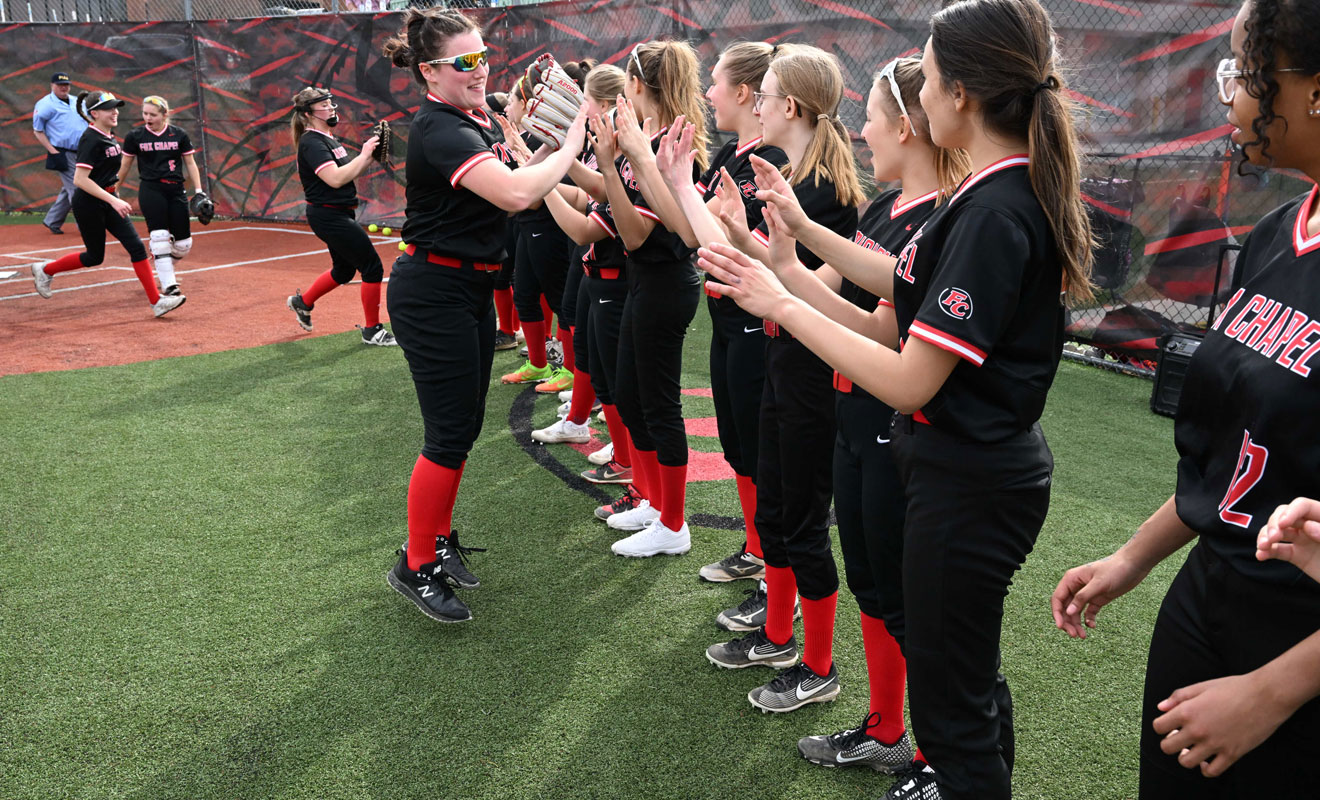 A notable regular season is in the books, and the Fox Chapel softball team is set for a WPIAL playoff run.

The Foxes won their first section title since 2015 and the sixth overall in school history with an 8-2 record, tying North Hills for Section 3-5A honors.

Overall, Fox Chapel is 12-3 with a 5-3, extra-inning victory at Butler in a nonsection game last week.

“It was exciting to win a section,” Foxes coach Chris Olbrich said. “That was one of our goals before the season. We had a core of girls coming back after last season, our whole infield plus our starting pitcher. Our whole new outfield did very well.”

Fox Chapel made a run to the WPIAL semifinals last season and qualified for the PIAA tournament for the first time.

Mackenzie Borkovich had another superb season in the circle, reaching the career 500-strikeout milestone recently.

The offensive barrage was led by third baseman Brynn Palmer, who slugged a two-run homer in the top of the eighth to propel the win over Butler. Palmer is batting .481 with an on base percentage of .548.

“I think to all of us, it was kind of a good surprise because we did lose two seniors, Neena (Pietropaolo) and Bella (Krisky),“ Palmer said. “We came together as a team this year. Actually, we’re playing for each other. We had some good wins over hard teams.”

“I think, as a whole, the team hit better than last year and scored a whole lot more runs,” Olbrich said. “They worked real hard on taking what the pitchers gave them. That part worked out well.”

But Olbrich is, perhaps, most happy with how the new outfielders performed.

“While the whole infielder got better, the outfielders actually stepped up,” Olbrich said. “Mia (Dunleavy), who is a sophomore, we had a freshman Adina Rosen, a lefty, slap-hitting speedster and Alina Stiger has been an anchor in center field for us, filling in for Neena.”

If there was a challenge to overcome, it was the nasty weather this spring that caused a considerable number of postponements and didn’t allow for teams to get into a sort of rhythm.

In Fox Chapel’s case, it was also a week-long spring break for the school district where games were not played.

Said Olbrich: “You throw the spring break in there and we played Shaler, we were on a roll, then didn’t play a softball game for 16 days. That was hard. Now, we’re back in a stride. We’re fortunate to have a turf field, and we got more games in.”

With Palmer and other third basemen in scholastic softball, playing up toward the batter forces an even quicker reaction time.

“I’ve played all around, even pitched, and I never had a solid position, but third base has become my favorite position,” said Palmer, who is planning a career as a registered nurse.

Palmer came to prominence last year in the quarterfinals, blasting a three-run homer in a walk-off win against Franklin Regional.

“We are very ready for the playoffs,” Palmer said.

Said Olbrich: “We’ll see where we wind up. Hopefully, we can go a little farther than last year. The playoffs are a different bird.”