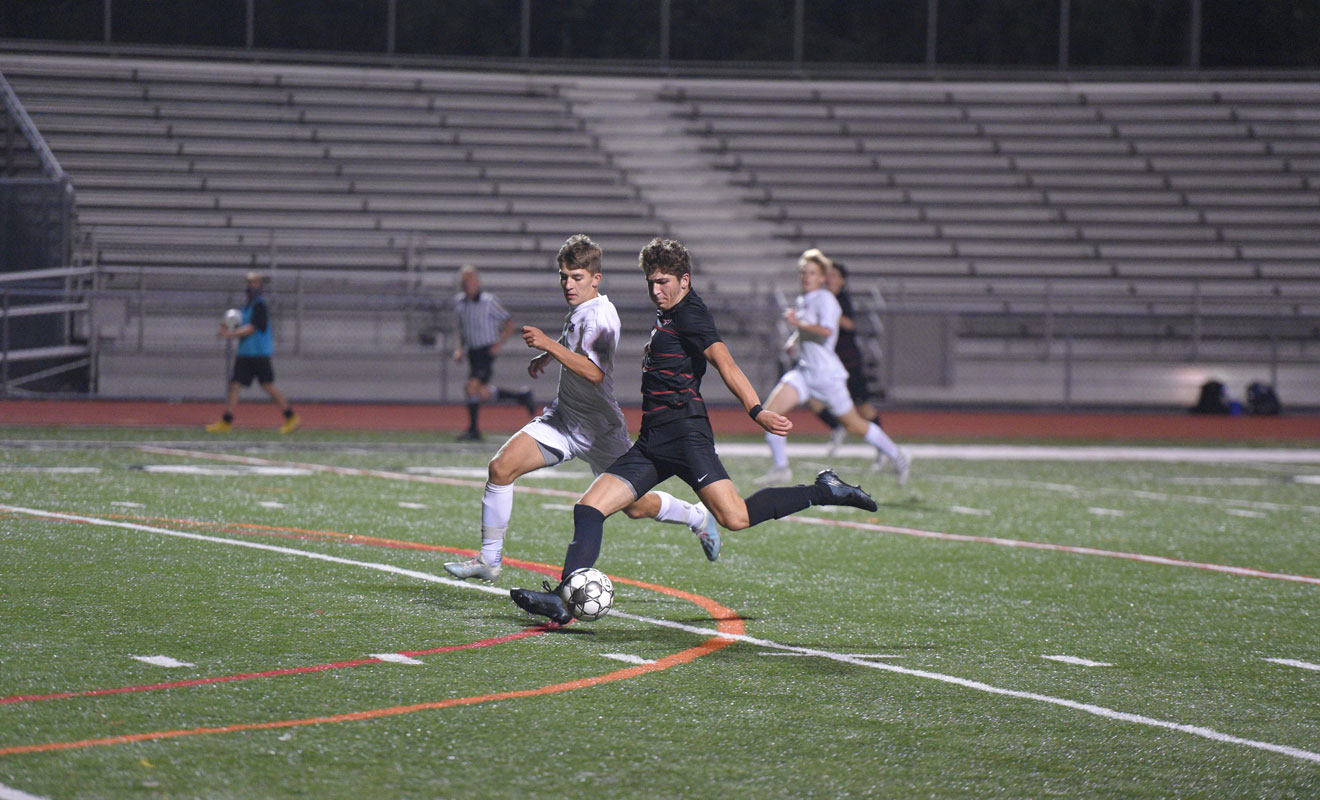 Heading into their WPIAL Class 4A quarterfinal matchup with No. 5 Upper St. Clair on Saturday, longtime Fox Chapel coach Erik Ingram said his boys felt healthy, most importantly, and battle-tested after playing a grueling schedule that included Seneca Valley, North Allegheny and Butler.

It showed throughout the 80-minute contest at Fox Chapel Stadium as the No. 4 Foxes (11-3) completely dominated play in route to a 6-0 win over the Panthers (8-6-1) to earn a spot in the semifinals for the first time since 2015.

The punched their ticket to the WPIAL final that year with a convincing 4-0 victory over Kiski Area.

“We knew Upper St. Clair was a solid team but having seen them play a couple of times, we knew the styles and ability would matchup, but we play a little faster-paced soccer up here in the north,” Ingram said. “It’s a little more physical and playing teams like Seneca Valley and North Allegheny twice a year, and Butler, that’s the kinda stuff that’s going to prepare you to match up against anyone.”

Fox Chapel will take on No. 1 Peters Township in the semifinals at ClearEdge Stadium on Wednesday, 6:30 pm. The Indians defeated No. 9 Baldwin 2-1 on Saturday in double overtime.

The Foxes got the scoring started early as eight minutes in junior forward Sean Ahia cleaned up a ball in the middle of the box after a few stops by Upper St. Clair goalkeeper Dev Patel. The ball finally caromed off a defender to Ahia’s foot and he placed the ball inside the right post.

Senior Nate Lazzara scored seven minutes later after that when Anthony Shin sent an impressive through ball between two Upper St. Clair defenders. Lazzara finished it off with a flick of his foot past the keeper.

“We knew we wanted to press right away and set the tone early,” Lazzara said. “It just made everything else easier. It opened up everything else and we had them on their heels without much attack going. It just went downhill from there.”

The Foxes kept the momentum in the second half as well. Seven minutes into the action, senior midfielder David Merriman scored with a header off a free kick.

Sean Ahia got his second soon after that as Lazzara slipped at pass through the box to the opposite post. Then, Colin Elder and Enzo DeCecco tacked on the fifth and sixth goals of the game to cap off the scoring in the second half.

It was a dominating game on the offensive end for the Foxes, but the defense also made big plays when they had to.

They had the challenge of shutting down Tyler Reimer, who didn’t really play too much of a factor in the end result. Clayton Humbert also kept his 10th clean sheet of the season alive with several big saves in the second half.

“I think the defense played great and I think Clayton is an absolute stud,” Ingram said. “He’s a fantastic goalkeeper and anytime that we need him to come up big he does and we’re lucky to have him. We’re going to miss him next year.”

Greg Macafee is a Tribune-Review staff writer. You can contact Greg by email at [email protected] or via Twitter .