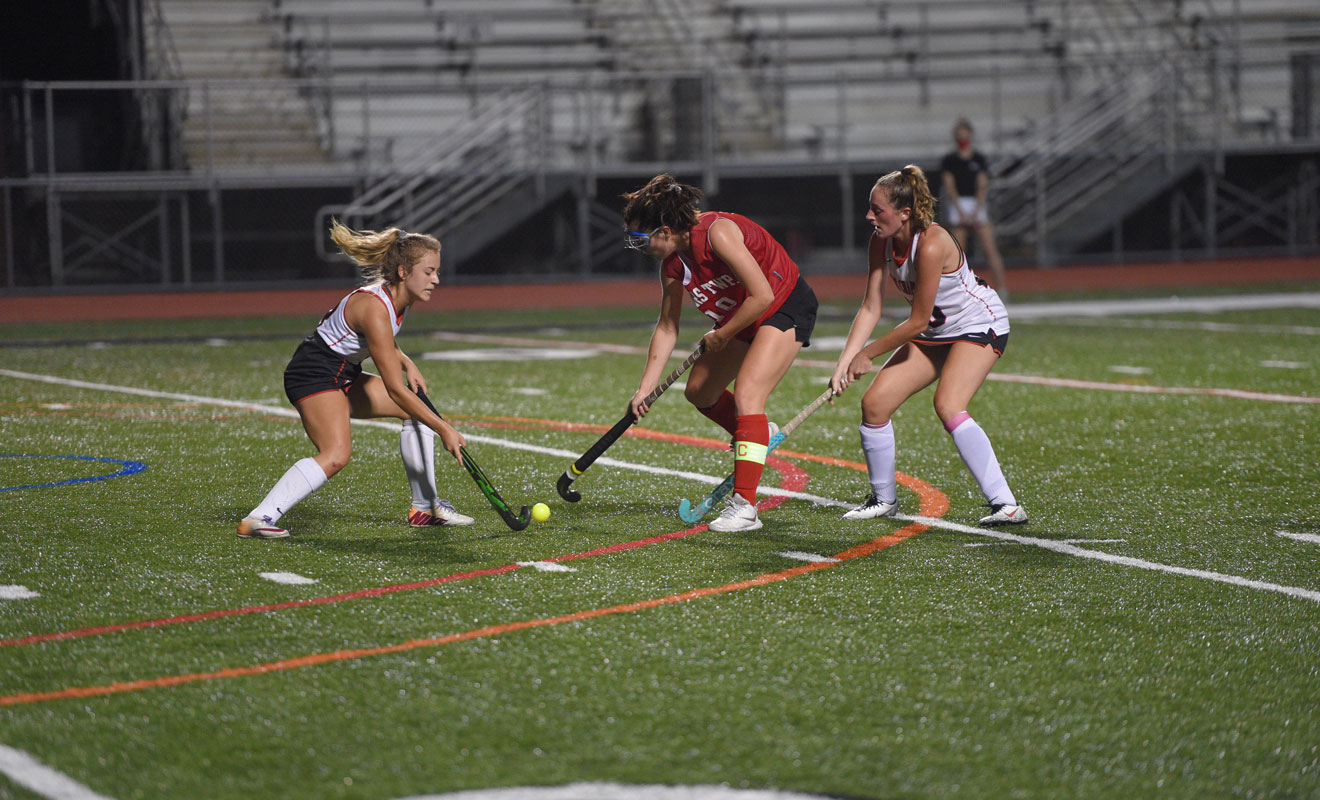 The Warriors remained perfect on the season and claimed their fifth straight WPIAL Class 2A field hockey title with a 2-1 victory over Fox Chapel on Nov. 2 at a chilly Burk Stadium at Fox Chapel High School.

“We’re happy for the girls because a lot of these girls have been four-year players. It’s a wonderful thing.”

The crown is the sixth overall for Penn-Trafford, which also claimed the 2011 Class AAA title.

Penn-Trafford (15-0) enters the PIAA tournament in the quarterfinals Nov. 14 against the District 4 champion — either Selinsgrove or Shikellamy — at a site and time to be determined.

The District 4 title was to be decided Thursday.

Penn-Trafford and Fox Chapel met twice in section play during the regular season, and Penn-Trafford won 3-1 and 3-0.

“This team has been the most heart-filled team that I’ve ever coached or been a part of,” Fox Chapel coach Emily Humiston said. “I think that led to the determination and teamwork. Even though we lost, they ended up having a really good game.”

Penn-Trafford senior Allyson Doran got the winner with 4 minutes, 30 seconds left in the third quarter off an assist from freshman Ava Hershberger. Fox Chapel was down a player after Alden March was sent off with a penalty card about a minute earlier.

Hershberger nearly gave Penn-Trafford the lead with a nifty scoop and arching shot attempt over the defense in the fourth minute of the third. The ball, however, went out of play just above the goal crossbar.

Fox Chapel made a couple of final pushes in the fourth quarter but was not able to get the equalizer against the stingy Penn-Trafford defense.

Fox Chapel gained early momentum with a goal just 49 seconds into the game. Senior forward Lily Zaltman made contact with a rolling ball in the scoring circle and put it past Penn-Trafford keeper Gwen Hershberger.

“We were behind only once before, and that was when we played Hempfield,” Dutt said. “I was a little disappointed with the way we handled that play, but I knew they would be able to come back. When they play field hockey, they play all 60 minutes.”

The goal was Zaltman’s team-leading 19th of the season. She also scored a goal in Fox Chapel’s 2-0 semifinal win over Latrobe last Wednesday.

It was the first score given up by Penn-Trafford in a title game since 2016. The Warriors shut out Latrobe last year and in 2018 and Oakland Catholic in ’17.