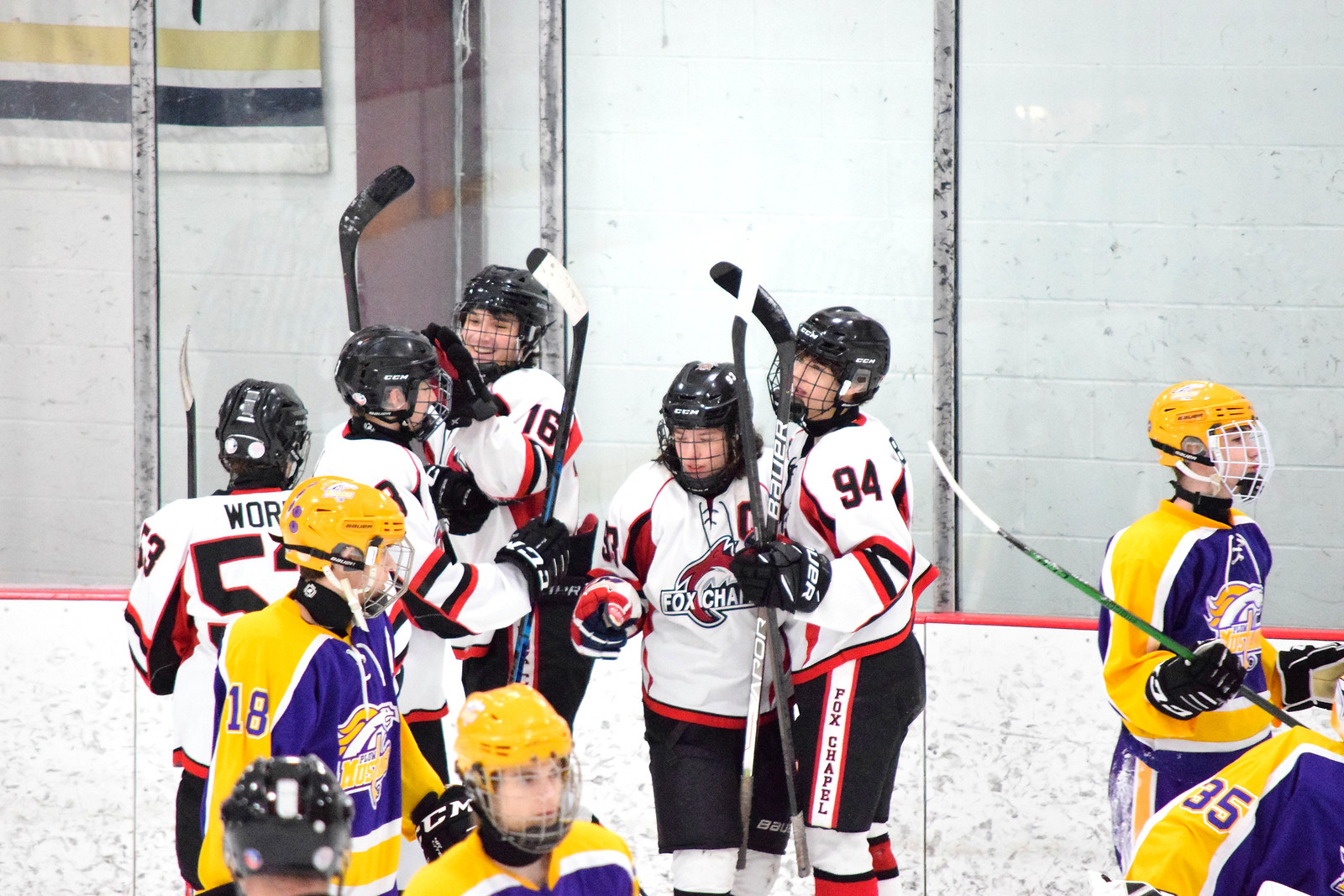 Report card: Healy had a pair of goals and an assist to help Fox Chapel (19-0-1) in a 5-1 win over North Hills in the first round of the PIHL Class A playoffs Monday. He led Class A in goals in the regular season with 38 and was second in points with 57. He was the PIHL Class A player of the month in January.

How’d it feel to help the team win a playoff game?

It was awesome. We were definitely anxious going into it, especially after having a rough end to the season losing to Norwin and losing our undefeated record. Some of the guys were gripping the stick a little tight, but it was good to see us come through. They scored the first one and the nerves definitely spiked, but we bounced back. I was happy to be a part of that.

After winning three games last year, what’s been the key to the remarkable turnaround Fox Chapel hockey has had this season?

It’s definitely an attitude thing. We got some new faces in the locker room, which helped. From the coaches down we have a really nice culture where we care about each other a lot, and it shows. That’s why I believe we were able to win all those games, especially when we were down late on the road. Those are real heart moments that sprout from the culture we changed up. Last year there were times where we’d turn on each other and blaming. The change in attitude has helped us.

When did you realize the team had to potential to do what it has done?

We were excited at the beginning of the season, because we thought we had a lot more going in. It’s hard to pinpoint a certain game, but once we got up to 9-0 or 10-0 and we were beating teams like North Hills, Moon and North Catholic that we knew were going to be contenders definitely helped us build up some confidence.

What goalie that you’ve faced this year has been the toughest to score against?

The goalie from Freeport (Tyler Lang) put up a good game against us both times. The first game we won 1-0 compared to other games where we put up 9 or 10 goals, so he definitely had our number that night. The second time we beat them 3-2 in overtime, so he put up another good game.

Do you have any pregame routines or superstitions?

I always carpool with my good friend Ryan (Zatman), who is a defenseman on the team. We make sure to play the music pretty loud going to the game to get hyped. Postgame we have a great win tradition of playing Taylor Swift’s “Love Story” in the locker room. It’s a great time.

What is your favorite school subject?

I like computer science. It is what I’m looking to major in at college. I’ve taken a couple classes, and I enjoy coding and applying analytical thinking.

What are your hobbies outside of hockey?

I play lacrosse. That’s definitely a big one. We’re going into the season now, so there’s a little bit of overlap with hockey. I like to play chess and other board games in general.