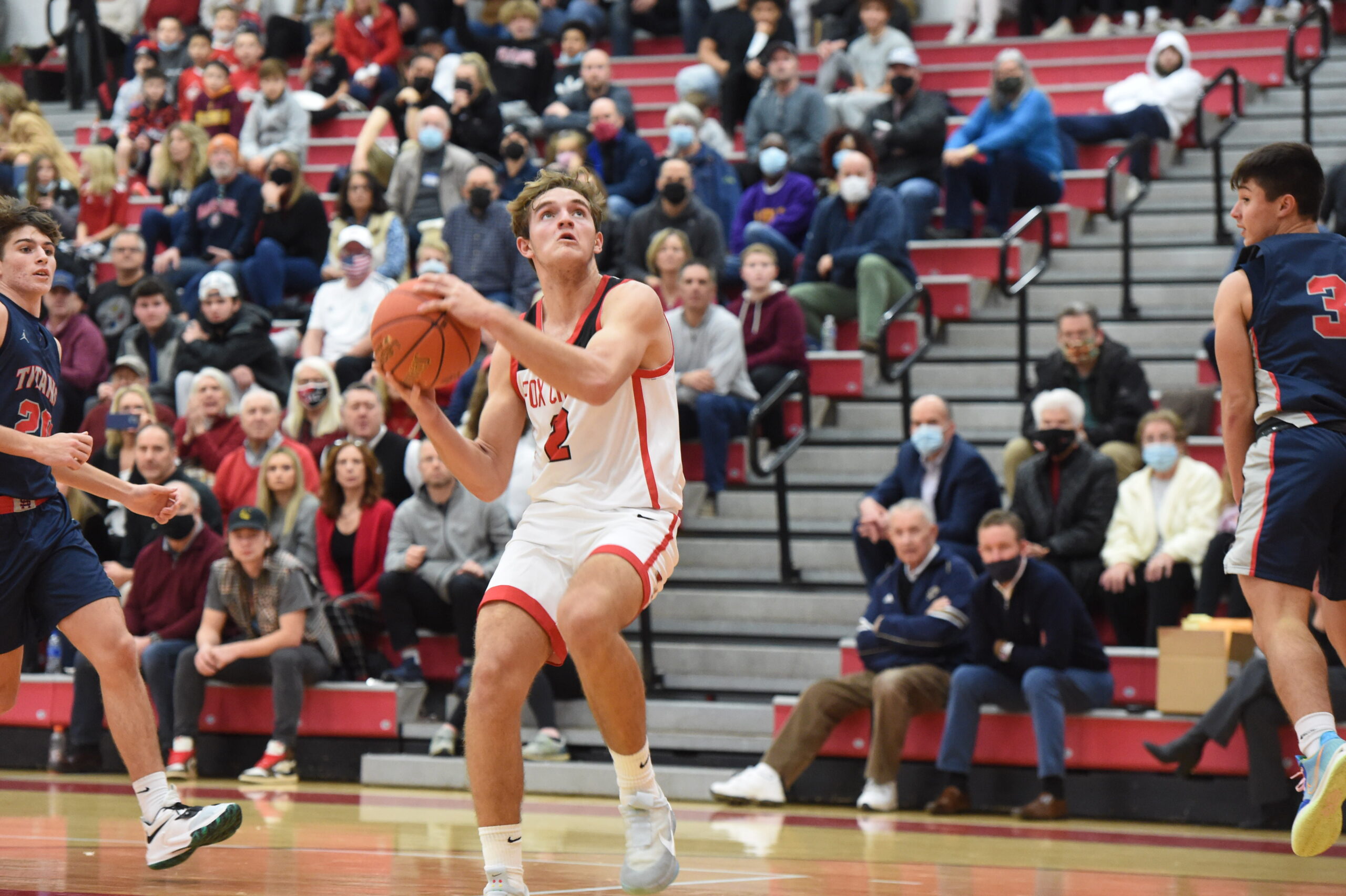 As Eli Yofan celebrated on the 18th green at Cedarbrook Golf Course last fall, a thought unrelated to golf came into his head. He’d just shot a 1-under par round, leading Fox Chapel to a WPIAL team title, but his mind was already on winter.

“All I was thinking was, we really need to win basketball now,” he said.

Four months later, Yofan had Fox Chapel celebrating again, this time at Pitt’s Petersen Events Center. The multi-sport star averaged 19.3 points and 5.9 rebounds and helped the Foxes pull off one of the more surprising WPIAL championship victories in recent years. The Foxes upset No. 1 North Hills to win the school’s first basketball title since 1977.

A senior, Yofan wanted to win that title for himself but also for a school that hadn’t seen a basketball champion in 45 years.

“Coming off the WPIAL golf title, I didn’t think it would be right for me to go four years without a WPIAL basketball title,” he said.

That was the final chapter in a high school career that saw Yofan excel in every sport he tried. Basketball was his primary sport and the one he’ll play in college at Miami (Ohio). But whether he was swinging a club, scoring a goal or making a kill, he consistently found success.

Consider, as a sophomore, Yofan was named all-section as a soccer player. As a junior, he earned all-WPIAL honors as a volleyball player. And as a senior, he proved himself to be one of the best golfers in the state.

Yofan’s success in multiple sports — winning WPIAL titles this year in both basketball and golf — made him the TribLive HSSN Boys Athlete of the Year for the 2021-22 school year.

In the fall, Yofan was the low scorer (1-under) when the Fox Chapel golf team won the WPIAL Class 3A title over Central Catholic by one stroke. The Foxes finished second in the state tournament after tying State College and losing in a playoff.

When competing individually, Yofan tied for second at the WPIAL golf championship and tied for fourth at the state tournament.

In winter, he turned his focus to basketball where the Foxes went 27-2, won the WPIAL Class 6A title and reached the state semifinals.

They went 21-1 in the regular season and their only loss was to WPIAL favorite North Hills by 30 points in mid-December. Those two teams were seeded first and second in the WPIAL playoffs, and the Foxes seemed like heavy underdogs when they met again in the WPIAL finals. However, Fox Chapel stunned the previously unbeaten Indians and won, 43-36.

The Foxes reached the state semifinals and finished the season 27-2.

“Everyone kind of overlooked us my whole high school career,” Yofan said. “People said, ‘Oh, Fox Chapel doesn’t have a shot,’ especially this year with North Hills. Everyone thought North Hills was going to run through 6A. That was pretty exciting to prove people wrong and win a title with the kids I’ve been playing with since third grade.

“It was pretty special.”

Yofan took some time for the Boys Athlete of the Year Q&A:

What is your favorite moment from your senior year?

Right before the final buzzer sounded at Petersen Events Center and I knew it was over. All of us started getting ready to celebrate. It was just an unbelievable feeling.

Looking back, how did you win that game?

We knew it the whole year that we were going to end up playing them in the WPIAL final. We kind of knew what we had to do. We had to limit Royce (Parham) a little bit and be a little more physical.

Is it safe to say you weren’t surprised you won?

I wouldn’t say we were surprised. We did exactly what we wanted to do.

Besides basketball, golf, soccer and volleyball, what other sports have you tried?

I did track in middle school. There was a day where I had a meet and a volleyball game both at Dorseyville Middle School. I would change and run back and forth, so I could get to my track events and also play in my volleyball game.

Is there any sport you’re not good at?

I don’t think I’d be a great lacrosse or hockey player, but I haven’t tried them. I’m not a great swimmer.

Can you ice skate?

I can skate a little bit. But when I skate, I think about how impressive it actually is to handle a stick and puck. I think I’d be like Happy Gilmore.

How many years have you golfed?

My first time golfing competitively was my first match junior year. I’m a member at Longvue Country Club, so growing up I’ve been around golf, but I never took it seriously. I played a ton going into my junior year when covid hit, because that’s the only thing that was open — golf courses. That’s kind of what sparked the switch. That and me wanting to focus on basketball, and not wanting to get hurt playing soccer.

What is your favorite course?

Oakmont. I’m pretty fortunate where I have a good amount of friends who are members there. I also caddie there and caddies get to play on Mondays.

Have you caddied for a hole-in-one?

No. I’ve never even seen one. I did lip out in the individual state championship this year on No. 15. I couldn’t see because it was super, super sunny but everyone gasped. I said, “What just happened?” When I got up to the green an assistant coach told me.

What led you to choose Miami (Ohio)?

Both of my parents went to Miami and I’ve kind of always loved the school. It has around 16,000 undergraduate kids, so it’s not really small but it’s not huge. They have a great business school and it just kind of worked out.

What advice would you give yourself as a high school freshman?

Don’t take anything for granted. My first three years went by pretty quick. You get to the start of your senior year and you say, “One year left,” but it flies.

If you could have dinner with any athlete, who would it be?

What was the most recent streaming show you binge watched, and was it worth it?

“Ozark.” I recommend it. I liked the first three seasons better, but the fourth was still good. At this point, you kind of have to finish it.

Where would you go on your dream vacation?

I loved Hawaii. I went once and loved it.

One food you never get tired of is…?

What is your favorite desert?

If your Fox Chapel teammates had a talent show, who wins?

Russell (Fenton) could probably name every president and close to in order. Russell is a smart kid.

What would be your talent?

I played the cello for four years.

Could you take it out today and play a song?

If you give me an hour to get ready, I think I could play a song. But maybe not very good.

Chris Harlan is a Tribune-Review staff writer. You can contact Chris by email at [email protected] or via Twitter @CHarlan_Trib.