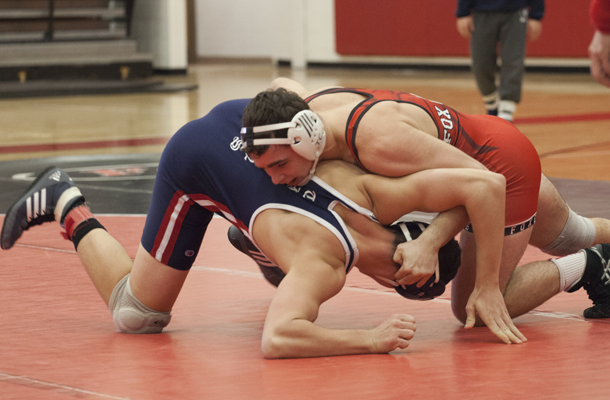 Mike’s latest win raises his career record to 113-47. His record in his junior and senior years alone is 61-16.

“I have known Mike for more than 10 years and have watched his steady growth as a young adult and successful athlete,” says long-time head wrestling coach Ron Frank. “He is a hard worker year-round and has great power and quickness. He has earned this honor and we are looking forward to him performing at the next level.”