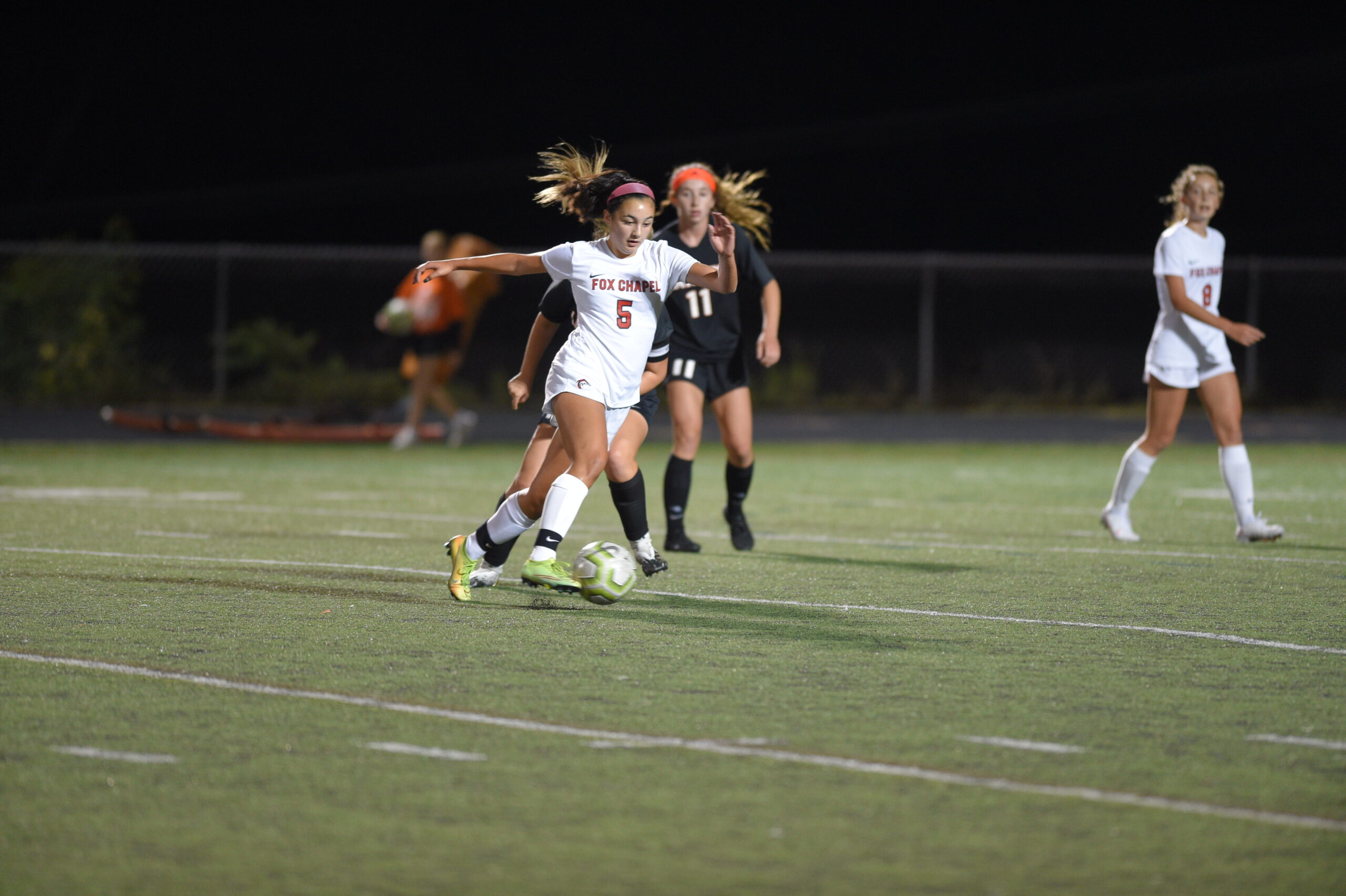 With two weeks and six games in the books, the Fox Chapel girls soccer team is making its mark in and out of Section 3-AAAA.

The Foxes are 6-0 overall and 5-0 in the section. They stepped away from section play Tuesday and edged former section foe North Allegheny 2-1 behind a pair of goals from senior forward Lucy Ream and assists from senior forward Britta Lagerquist and sophomore midfielder Makayla Mulholland. 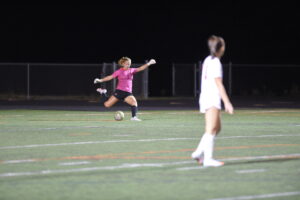 A combination of experience, depth and youthful energy has propelled Fox Chapel to the top spot in the section, eight points ahead of second-place Norwin (2-1-1).

The Foxes hosts Penn-Trafford on Thursday to begin the section’s second cycle.

“One of the biggest things right now is that we are all driven at practice, and we come into every game treating them like it’s a playoff game,” said Lagerquist, who has scored eight of her team’s 16 goals.

“We are taking nothing for granted because any game could be our last because of covid. Our mindset has been to work hard on everything, from defense to possession and our attack.”

Fox Chapel kicked off the season Sept. 15 with a 4-3 victory over Penn-Trafford as Lagerquist had a hat trick. The Foxes rallied from a 2-0 first-half deficit.

The teams were no strangers to playing extra soccer as the Knights edged the Foxes 4-3 in overtime in last year’s WPIAL quarterfinals.

“Norwin has talent all over the field,” Fox Chapel coach Peter Torres said. “We were lucky to stay composed during the game, withstand their attack, and we had a freshman (Friday) in the right spot at the right time.”

Lagerquist had two goals, including one in the first minute, to help Fox Chapel score a 2-0 win over Latrobe on Sept. 21.

“Last year, I played outside back, which was a new experience for me,” Lagerquist said. “But I’ve really enjoyed getting back up top to striker and outside forward. It’s been a huge team effort with a lot of (the goals) coming off of free kicks from Makayla Mulholland, Lucy Ream and (senior forward) Emma Wecht. They’ve been great at creating plays up front. ”

Wecht and Mulholland provided assists in the victory over the Wildcats.

“Latrobe is young and talented,” Torres said. “Playing Norwin and Penn-Trafford back-to-back is challenging for any team. We knew this section would be tough, and the first three games proved that.”

Torres said the start of the season was a challenge, not only because of the stiff competition but because the team went into games without several starters because of injury.

Torres said several strong leaders stepped up and guided the team through the early part of the season as it worked to get healthier.

A stingy defense, backed up by the 1-2 goalkeeper punch of senior Sammi Dunlap and sophomore Molly McNaughton, has produced three straight shutouts.

Wecht and seniors Lauren Marotte and Katie Eisengart scored, with assists from Lagerquist and sophomore Mia Fortun, in a 3-0 win at Hempfield last Wednesday.

Fox Chapel dominated in Saturday’s 3-0 triumph over Allderdice, with two goals from Lagerquist and one from Friday, as Mulholland assisted on two scores.

“We’ve been jelling over the years and this season, and it’s really nice to see it all come together,” Lagerquist said. “Hopefully, we can keep this going.”