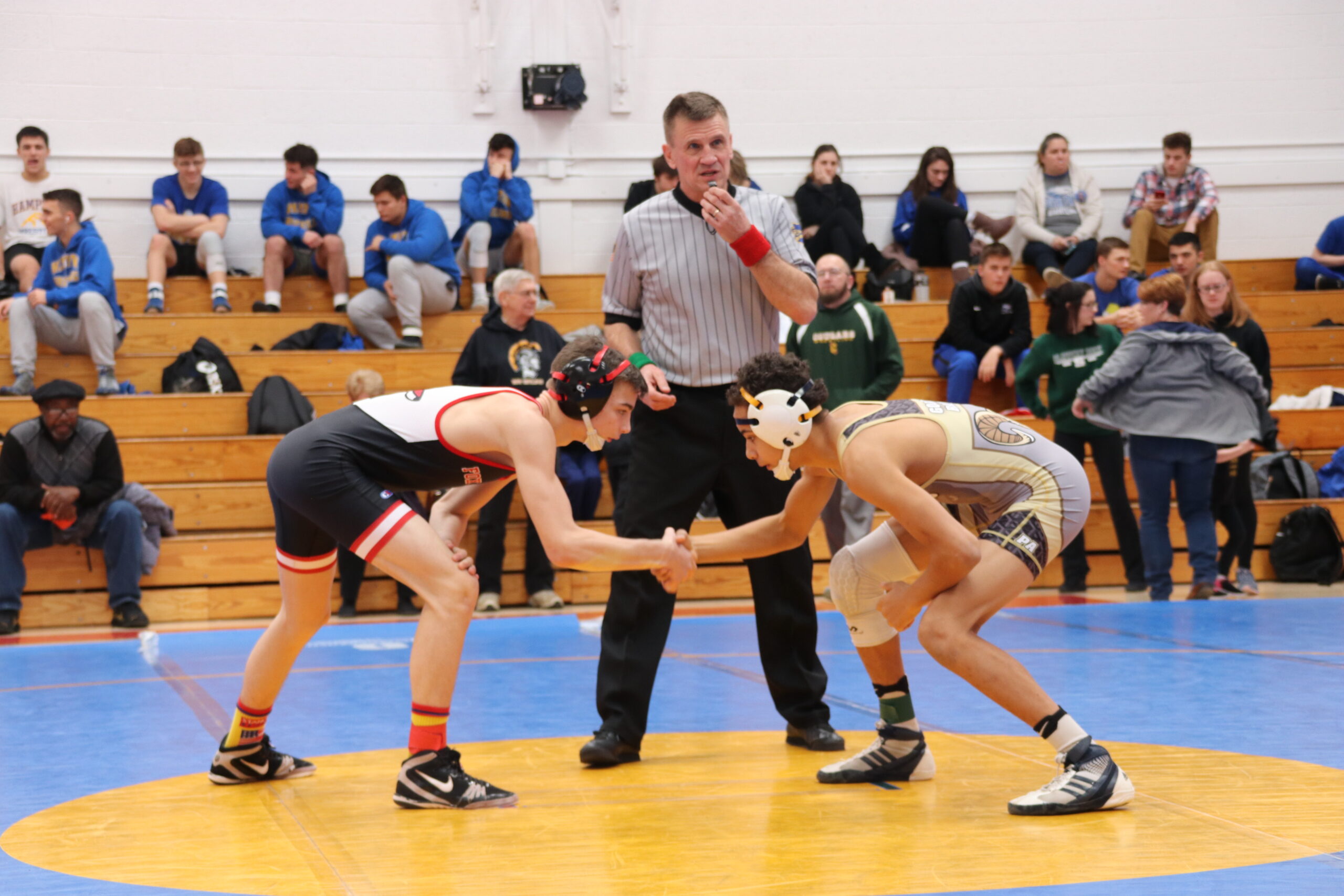 One of the winter’s main events is coming up as Fox Chapel High School will be the site of the 20th Allegheny County Wrestling Tournament. 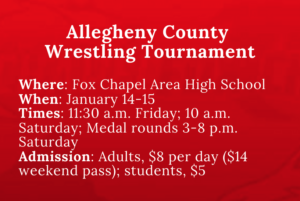 As of press time, 33 schools have confirmed their plans on participating in the event. More are expected.

Current Fox Chapel coach Michael Frank and his father, former varsity and now volunteer coach Ron Frank, are happy to see the tournament back after it was canceled last year due to the coronavirus pandemic.

The County tournament was a success from the start in 2002 when Ron Frank and Bob Siar got the event off the ground after more than a year of planning.

“They had kicked it around for a while and they made it happen,” Michael Frank said. “It was strong right from the start. We have had as many as 39 teams, and most schools come back every year. There were some schools that discontinued wrestling, though.”

Overall, 44 schools have competed, among them Schenley, Oliver and Langley, which have closed.

One school frequently in the mix is Mt. Lebanon. The Blue Devils are getting set for another appearance.

“Ron and Mike Frank run a first-class tournament,” said Mt. Lebanon coach Marc Allemang. “Over the years, the Fox Chapel staff and all their volunteers are extremely organized and welcoming to all of the teams that attend. The County tournament is a date we circle on the calendar.”

“We try to have it around the end of the second nine-week grading period in our school district,” Michael Frank said. “We’ve always had a lot of support behind the scenes. The school board has been fantastic and so has Mike O’Brien, our athletic director. We’ve had different principals and superintendents, and they’ve all been supportive.”

Fox Chapel will utilize both gyms in high school. There will be six mats used in the early rounds and three on Saturday.

Wrestling on Friday will begin at 11:30 a.m., shortly after the weigh-ins take place. On Saturday, wrestling starts at 10 a.m., followed by the semifinals at 11:30. The medal rounds will be between 3 p.m. and 8 p.m. with the finals matches beginning at 6.

One athlete fans will be watching is Mt. Lebanon’s Mac Stout at 189 pounds. Coming off his recent victory in the nationally renowned Powerade Tournament at Canon-McMillan, Stout will be seeking his third championship at the Allegheny County meet. He won as a freshman and a sophomore, with the event canceled in 2021, his junior season.

Stout won the PIAA title in 2020, but an elbow injury kept him out of contention last season.

“The Stout brothers have been a true joy to coach over the last decade,” Allemang said. “Aside from their talent, they have always been examples of the core values we expect from the kids in our program. They are respectful to their teachers, coaches, and teammates. They show up ready to work hard. They don’t take shortcuts. You can’t say enough good things about them. They have been great role models for our younger wrestlers coming up through the program.”

Mac Stout is rated the top WPIAL Class 3A wrestler at 189 in the current Trib HSSN rankings and has over 100 career wins.

Michael Frank also credits Fox Chapel Area School District trainer John Panos for his organizational skills. There will be two or three certified trainers at each of the six mats and a crew of medical doctors will also be on hand.

Fox Chapel families will operate the concession stands ready to serve fans and about 500 athletes.

Area business and professional sponsors for each weight class will help offset the awards, which cost close to $6,000.