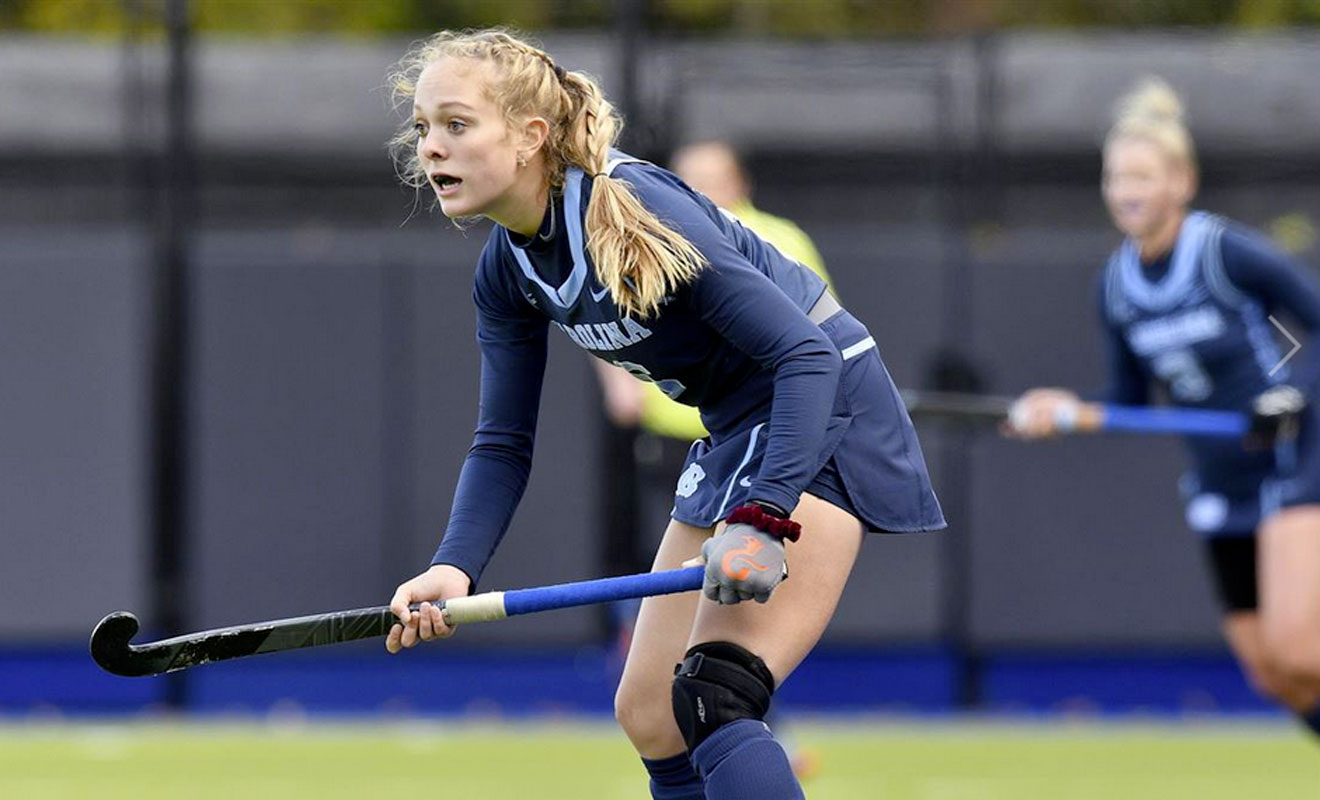 Now a junior at the University of North Carolina, the NCAA’s two-time defending national champion with a 47-1 record since 2018, Pitcairn has earned every opportunity and accolade that has come her way. After appearing in 23 games as a sophomore but only starting five, she has assumed a full-time starting midfielder spot for another loaded Tar Heels team (5-1) looking to three-peat as 2020 champions. Pitcairn posted two assists in the season opener against Wake Forest, a key indicator of her steady assimilation into a critical facilitating role.

“We’re hungry for another natty,” Pitcairn said. “We want to go as far as we can and try to win it all.”

Her work ethic is a microcosm of her team’s hunger for success. It started back in high school, when she starred at Fox Chapel while also playing for the West Chester Eagles — one of the country’s premier field hockey club programs based 45 minutes outside of Philadelphia — that required a four-hour commute each way for practices and games. Her performance on the club circuit drew the eye of legendary North Carolina coach Karen Shelton, who offered her an opportunity to join the Tar Heels roster.

“That’s how I found her,” said Shelton. “She was playing for one of the best teams in the country, but it was harder for her than everyone else. She had a four-hour commute both ways. You talk about a commitment — she’s a special kid.”

However, the long drives across Pennsylvania were only the beginning. Upon arriving in Chapel Hill, Pitcairn’s focus wasn’t just on adjusting to the intensity of a Division I field hockey blue blood. She majored in biology, one of the university’s most rigorous academic programs, which forced her to part ways from the U.S. U-19 National Team in order to focus on life as a student-athlete. It proved to be a rather difficult (but necessary) decision.

“At the end of the day, I had to prioritize,” Pitcairn said. “I couldn’t jeopardize my grades or anything like that. I didn’t want to get caught slipping in that aspect, and then field hockey at UNC is a big-time commitment as well. I needed to focus on what was most important.”

Pitcairn’s work in the classroom over her first two years earned one of the NCAA’s most prestigious academic achievements. As a sophomore, she received the Elite 90 Award, which honors the player with the highest grade point average at the NCAA Final Four. Her 3.86 GPA topped student-athletes from Princeton and Virginia — two of the country’s most well-regarded academic institutions.

“She’s disciplined, focused and committed to everything she does,” said senior midfielder Eva Smolenaars, Pitcairn’s roommate at UNC. “She won the Elite 90 Award for a reason, and she won it as a bio (major). That speaks volumes to who she is. Abby is committed to becoming the best she can possibly be. I don’t know anyone who works as hard as she does.”

Pitcairn plans to attend medical school after college in pursuit of one day becoming an orthopedic specialist — a goal Shelton and Smolenaars have no doubts she’ll accomplish. This semester, she hasn’t skipped a beat academically despite the university shifting to full online learning in light of COVID-19, often found working in one of two study spots — one outside and one inside — at the UNC field hockey facility. And as for her dedication to field hockey, Pitcairn’s results-driven growth from Year 1 to Year 3 has been evident within the entire North Carolina program.

In reality, the future doctor is an exemplary student in more ways than one.

“Abby is a true student of the game,” said Shelton. “She understands what’s happening at the college level; understanding pressing and outletting and knowing her role as a midfielder. It’s different in high school. The press outlet is not as big a factor.

“She’s got a maturity about her — a calm poise under pressure that’s really important. She sees the field so well, and has really good fundamental skills and good hands. We’re using her to the best of our ability and she’s doing a good job so far.”