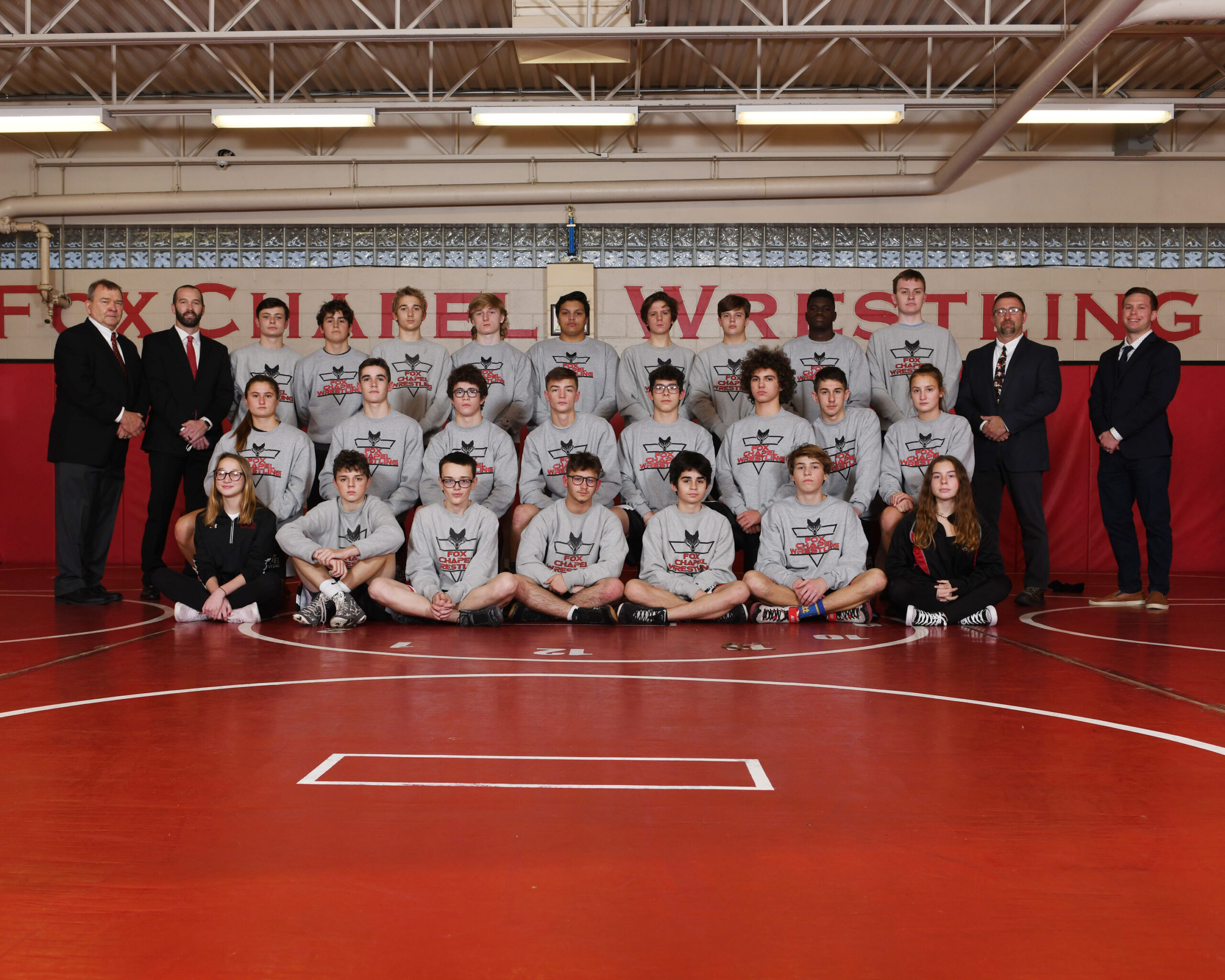 After losing four seniors to graduation, the Fox Chapel wrestling team is going to go through a transition process in 2020.

Eddie Farrell, Josh Miller, Luke O’Connor and Alex Wecht all left a lasting impact on the program after combining for 101 wins last season. They all recorded double-digit pins. They also made an impact off the mat.

“We lost a really strong senior class last year, and we knew that going into last year, and then when last year wrapped up, we lost four significant starters,” Fox Chapel coach Michael Frank said. “So we have some large shoes and gaps to fill. But we also have a real eager group to go about doing that.”

Behind that group of seniors, the Foxes went 9-9 last season but just missed out on qualifying for the WPIAL playoffs after losing to Pine Richland, 46-24, in the Section 3-AAA tournament.

Now, with a lack of experience in the starting lineup, Frank is looking to rely on a group of hard-working wrestlers to take the team through the season.

“I’m optimistic because we’ve been lucky enough to continue to have our practices and be in the room working,” Frank said. “But the group of kids that are there working, they are hard workers and they want to get better daily. I think that’s the most impressive thing as a coach. They know the uncertainty that is surrounding this season, and they know that any decision could be made that’s out of their control. So, we just control the things we can control.”

Seniors Jose Morales and juniors Jordan White and Ray Worsen are three wrestlers Frank will look to as the Foxes get going.

In the heavyweight slot last season, White went 22-14 and tallied 11 pins. He also qualified for the WPIAL tournament with a fifth-place finish in the section tournament.

White ended up falling to South Fayette senior Quentin Franklin, who finished fourth in the tournament, and then lost to Waynesburg’s Ryan Howard in consolations.

Worsen also made an appearance in the WPIAL individual tournament after placing fifth in their section tournament at 120 pounds. He finished the season with a 21-17 record and recorded four pins and seven decisions.

As two of the top performers from last season, Frank is expecting a lot from them.

“They’ve grown up wrestling in our system and have been around since elementary school, honestly,” Frank said. “I think both of them will hopefully be solid contributors for us. They are upperclassmen now.”

Morales is one of the few seniors on the team and is coming off a cross country season where he placed 38th in the WPIAL Class AAA championship race. As one of the older wrestlers, Frank is expecting Morales to help set the tone with his work ethic.

“Jose is one of the hardest-working athletes we’ve had,” Frank said. “He shows up, he’s very coachable, he’ll listen to all of the instruction, and then he just wants to grind. He just wants to work and work. He’s had some mixed success over the years, so I just hope things click and work out the right way for him this season.”

The 2020 wrestling season is going to be like nothing Fox Chapel has ever experienced, but despite the obstacles, the Foxes are ready to put in the work in order to get it done.