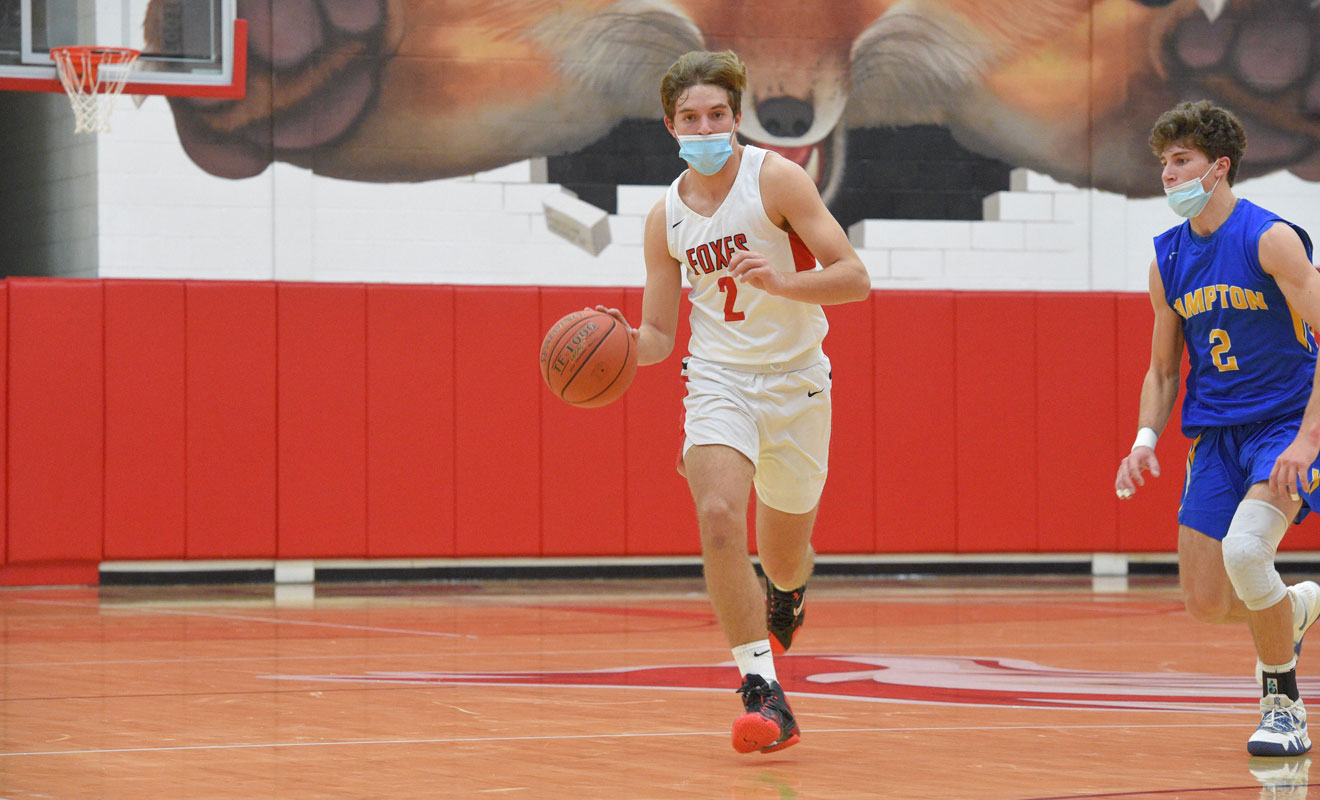 Heading into this season, the Fox Chapel boys basketball team was set to replace four senior starters from a team that went 21-2 the previous year and earned the No. 2 seed in the WPIAL Class 6A playoffs.

But while coach Zach Skrinjar was inserting four new starters into the lineup, he was also returning junior guard Eli Yofan, and after being the only sophomore starter last season, the 6-foot-2 guard continued his standout high school career while leading the Foxes to a 20-3 record.

He led the team in scoring with 22.4 points a game while also averaging 7.3 rebounds, 3.5 assists, 2.7 steals and 1.3 blocks per game. Yofan scored 30-plus points in four games this season and put together a 34-point, 14-rebound performance against Hempfield in Fox Chapel’s second game of the season.

In Fox Chapel’s last game of the year, a 76-63 loss to Pine-Richland in the WPIAL Class 6A semifinals, Yofan scored 33 points and grabbed nine rebounds. He also scored 10 straight points in the third quarter to get the Foxes back in the game.

Yofan also scored his 1,000th career point in Fox Chapel’s WPIAL Class 6A quarterfinal win over North Allegheny. For his efforts, Yofan has been named the Valley News Dispatch Boys Basketball Player of the Year. He took some time recently to answer a few questions.

After losing four seniors, what was it like to see the growth of the team throughout the year?

It was awesome. I think our coaching staff and our players did a really good job of adapting to varsity basketball. We lost those two games and then I think we went on an 18-game win streak, so it was awesome. We all just really played together, and I think that was why we made it pretty far. I’m proud of our team for being able to do that.

What was it like for you to take on a bigger role this season and have success while doing so?

It was definitely different, but I kind of saw it going that way. After losing guys like Arnold (Vento) and Sam (Brown), I knew I was going to have to take on a pretty big role with scoring, facilitating and all that stuff. So I did see it coming, but it was definitely different. I did have a lot of help from my teammates and without them, it would’ve been tough. I did a little bit more of everything than the past couple of years, and my role since freshman year has grown a substantial amount.

Was there a turning point in the season for the team where you saw things going in your favor?

You scored your 1,000th career point as a junior. What was it like to make that happen?

It was awesome, and I was glad that it happened in a win because if we would’ve lost that playoff game against North Allegheny, it really wouldn’t have been that special. I don’t know what the scoring record is at Fox Chapel, but if that’s possible, that’s going to be the next goal. It’s just really special to get it as a junior.

How is your recruitment going?

I still don’t have any offers, but I do have a bunch of interest from schools like Penn, Brown, Dartmouth, Columbia, Yale, Lehigh, Drexel, Toledo, Navy, Miami (Ohio), Wofford.

Do you know what you want to do for a career?

I want to go into the business world, whether it’s finance or accounting.

What are some of your hobbies outside of sports?

I like to travel and play some Xbox. I played a good amount over quarantine.

What was the last movie you saw and how was it?

Game Night with Jason Bateman. It was decent. It was actually the second time I’ve watched it. I kinda forgot what happened.

If you could have dinner with any three celebrities, who would they be?

What are your favorite classes in school?

Math and Business Experience Practicum. I pretty much just work for the school store.