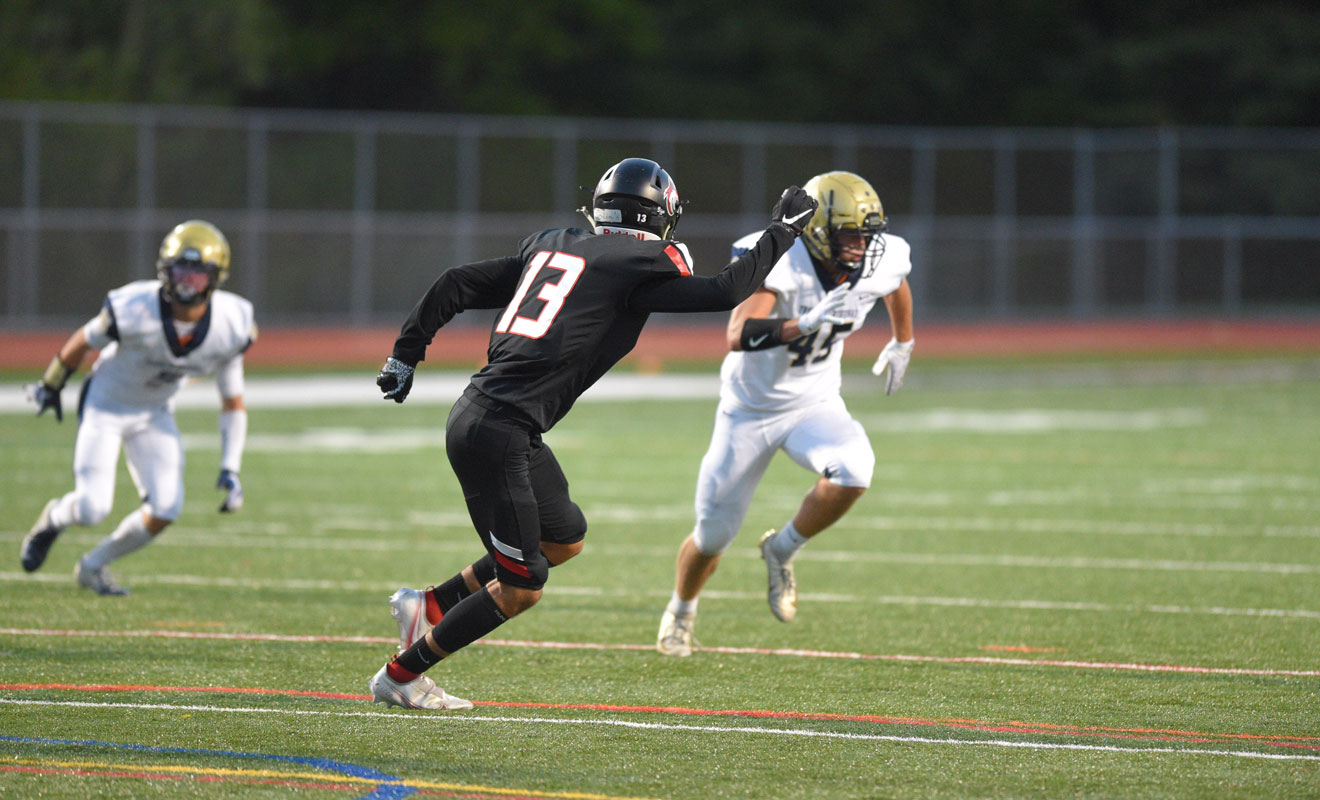 Lorenzo Jenkins was Fox Chapel’s leading receiver over the past two years.

But Jenkins — selected to Trib HSSN’s preseason all-star team — has moved on to Blackhawk for his senior season.

And Fox Chapel has moved on to different air-attack personnel.

While Jenkins accounted for 31 of Fox Chapel’s 87 pass receptions last season, coach Tom Loughran is stressing a variety of receivers instead of one go-to guy. A trio of pass-catchers — Jake DeMotte, Colin Kwiatkowski and Landyn Moore — are set to make their mark.

“All three are capable,” Loughran said. “We try to spread it around. All of these kids can catch the ball for us.”

Fox Chapel is set to open its 60th anniversary season Aug. 27 when the Foxes visit Peters Township. The high school began play in 1961, using the former Aspinwall High School’s schedule before getting its own slate in ‘62.

Another receiver to watch is Khi’lee Patterson, second on the team with 20 receptions last season. Patterson is competing with Collin Dietz for the starting quarterback job. If Dietz gets the nod, Patterson will also be a receiver in Fox Chapel’s fast-paced, no-huddle offense.

Said Patterson: “We’ll see who comes out on top, but I’ll do anything that helps the team win.”

Patterson caught 20 passes for the Foxes last season for 234 yards and two touchdowns.

“We’re happy to have Dave,” Loughran said. “We picked him up at the end of the school year and got him on with us. Obviously, he was a great player and we’re hoping now he can be a great coach and translate (that) to our receivers.”

Loughran will rely on a variety of offensive packages. Some will have senior Anthony Miles at tight end with three receivers. Others will have a four-wide set like last season.

“There are some situations where we might go with a tight end and our two senior running backs, Zidane Thomas and Maurice Sampson-Schulter,” Loughran said. “Last year at many times we ran four wides. We’ll do what we need to do once we get going.”

“I’ve been playing tight end for two years,” Miles said. “Knowing the offensive playbook is the main thing. I’ll mostly be staying in and blocking.”

Waiting in the wings will be younger running backs Roman Mason, Matt Fugh