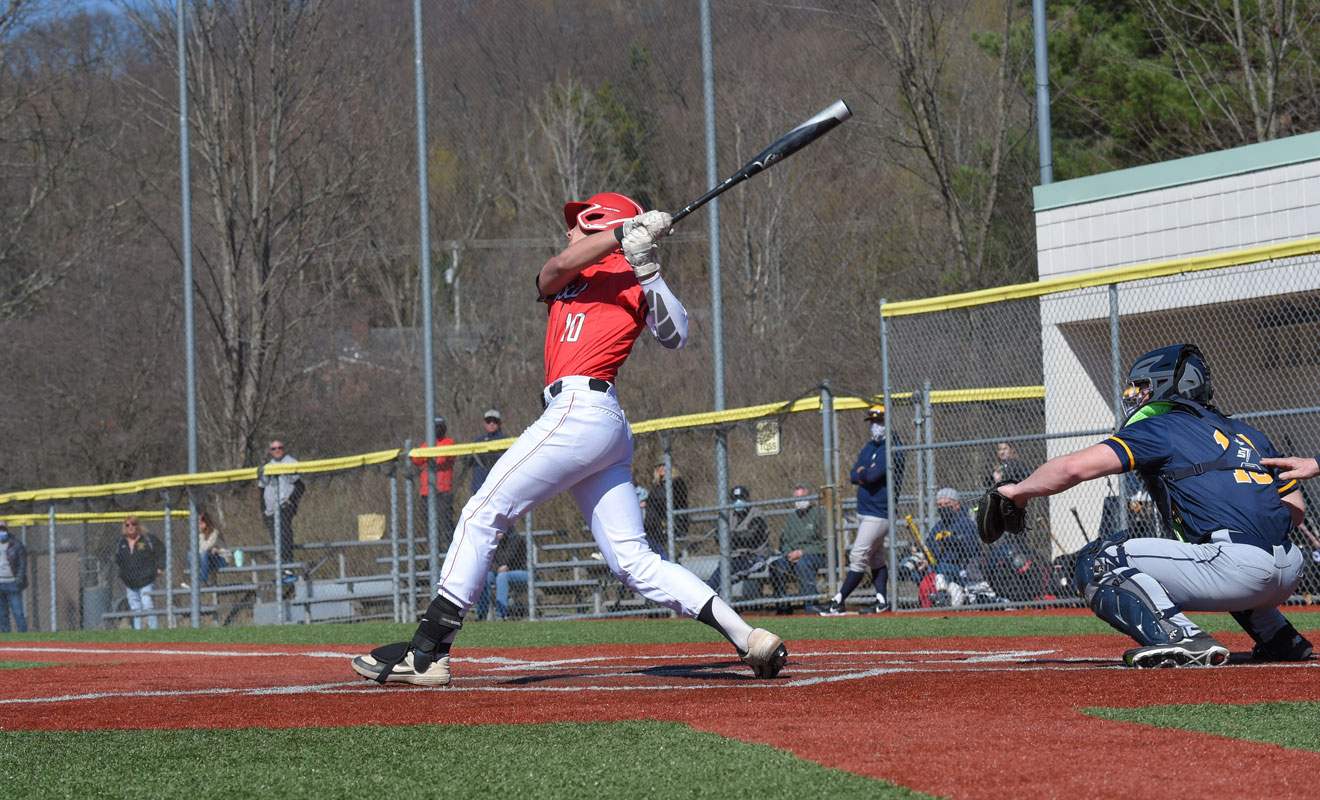 Every baseball coach wants a player such as Fox Chapel junior Jacob Patterson.

The smooth-swinging right-hander approaches the game with the type of intensity and desire that has allowed him to succeed this season as the Foxes won four of their first six Section 2-5A games. A lot of the team’s success is tied to Patterson’s performance at the plate and on the mound.

In some of Fox Chapel’s biggest games this season, coach Jim Hastings has leaned on his star junior to deliver.

After their first section loss to Mars on March 30, the Foxes turned around and earned a 9-4 win with Patterson on the mound. He scattered three hits over six innings while striking out nine. Then, Patterson delivered another brilliant outing against Penn Hills a week later, throwing 62⁄3 innings while scattering three hits and striking out seven.

On April 19, the Foxes suffered another section loss to Hampton in eight innings, but Patterson stepped on the mound the next day and led the Foxes to victory. He threw a four-hitter as they earned their fourth section win.

Through 10 games, Patterson has gone 3-0 with a 3.30 ERA while throwing 22 innings and striking out 21. He has been just as good at the plate, hitting .429 with six RBIs, eight runs, two doubles and a triple.

He has performed in the biggest games for the Foxes, and he feels like those are moments that he thrives in.

“I’m confident in myself because I know how hard I have worked,” Patterson said. “I put on like 30 pounds since last season, and I’ve worked really hard to do what I know I can do. In those situations, I just want the ball in my hands. If I’m at second, I want the ball hit to me, and if it’s a close game, I want to be up because I have so much confidence in the work I’ve put in.”

After playing JV as a freshman, Patterson was hoping to start as a sophomore before the coronavirus pandemic canceled the season. But even heading into last season, Patterson felt like he was behind. So he made baseball his No. 1 priority this past year.

Patterson dropped wrestling this past winter and put in a lot of time in the weight room.

“It’s definitely helping. I can feel it,” Patterson said. “It’s been so fluid going into this season, and I haven’t really missed a stride.”

Not only has Patterson been performing at a high level, but he also has stepped into a leadership role. Even as a junior, Patterson is among the team’s leadership group, Hastings said.

“He’s a junior, a young junior, but as far as leaders, I mean our seniors are doing a great job with leadership, but Jake is right there with them,” Hastings said.

Patterson has shown what he’s capable of, but Hastings believes he has room to grow.

“He has a tremendous work ethic, and there are not many kids — on our team or anywhere — that work harder than him,” Hastings said. “I’d put him up against anybody.

“He’s just an intense kid. He wants to do well, and he holds himself to a higher standard.”