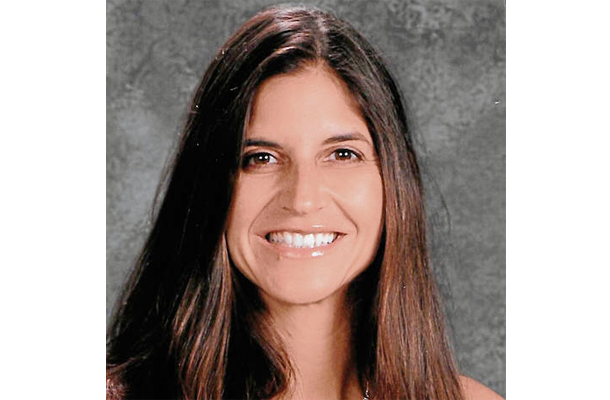 This is the third in a series of profiles of the 2019 Fox Chapel Sports Hall of Fame inductees. The banquet is Saturday, June 8 at the Harmar House. For more information, contact Jim Perry at gymbeck63@aol.com.

Tracy Sullivan Slater, a 1992 Fox Chapel graduate, left quite a mark as a volleyball player for the Foxes. She earned four letters and was captain of the team in 1990 and ’91. The team won section championships in 1989 and ’90 and made it as far as the WPIAL quarterfinals. In 1991, she was named second team all-section and honorable mention for the WPIAL all-star team.

She also earned four letters in basketball and was a team captain for the 1991-92 season.

“There were so many great moments I had throughout my athletic career at Fox Chapel,” she said. “In my sophomore year of volleyball, I was the only nonsenior in the starting lineup. This was an incredible learning experience for me. It was a season that saw us win tournaments, win the section and advance to the WPIAL playoffs. It was so much fun, and it was an unforgettable season.

“Having my sister involved in the volleyball program as an assistant coach was a great bonding experience for us. What is most memorable, though, is the camaraderie we had among teammates and coaches and the life-long friendships we made. I still keep in touch with many of them.”

After graduation, she went to Point Park, where she majored in early childhood and elementary education. She continued her volleyball and basketball careers and started in volleyball all four years. She was a team captain in 1993, ’94 and ’95. She became the assistant women’s volleyball coach in 1996 and ’97.

Slater played three years for the Pioneers’ basketball team and started for two years. She was a co-captain for two years. The team made the NAIA Division I playoffs every year and went to the championship game in 1993.

After graduation, she became an assistant coach for the Washington girls volleyball program.

“In 2003, after starting my family, I decided to take the sideline and enjoy watching my children grow and be supportive of them. I’m not currently active in volleyball or basketball, but I do keep active and have found a passion for running. I’ve run several 5K and half-marathon races.”

Slater resides in the Fox Chapel area and is a computer applications teacher for grades two through five in South Butler County School District. She is the mother of three children: Braden (13), Sullivan (10) and Kieran (8).

“I was completely taken aback when I learned I was going to be inducted into the FC Sports Hall of Fame. It is quite the honor. Thinking about the great athletes that have come through Fox Chapel and the talented teammates I was fortunate enough to play with, it’s definitely humbling.

“I was so lucky to have an extremely supportive family and circle of friends. I hope to see many of them at the banquet. I want to thank my parents for being so supportive through the years. Without their love and support, I wouldn’t have had the opportunities in sports that I had. Their commitment and sacrifices did not go unnoticed, and I am so grateful and blessed to have such an encouraging family.”