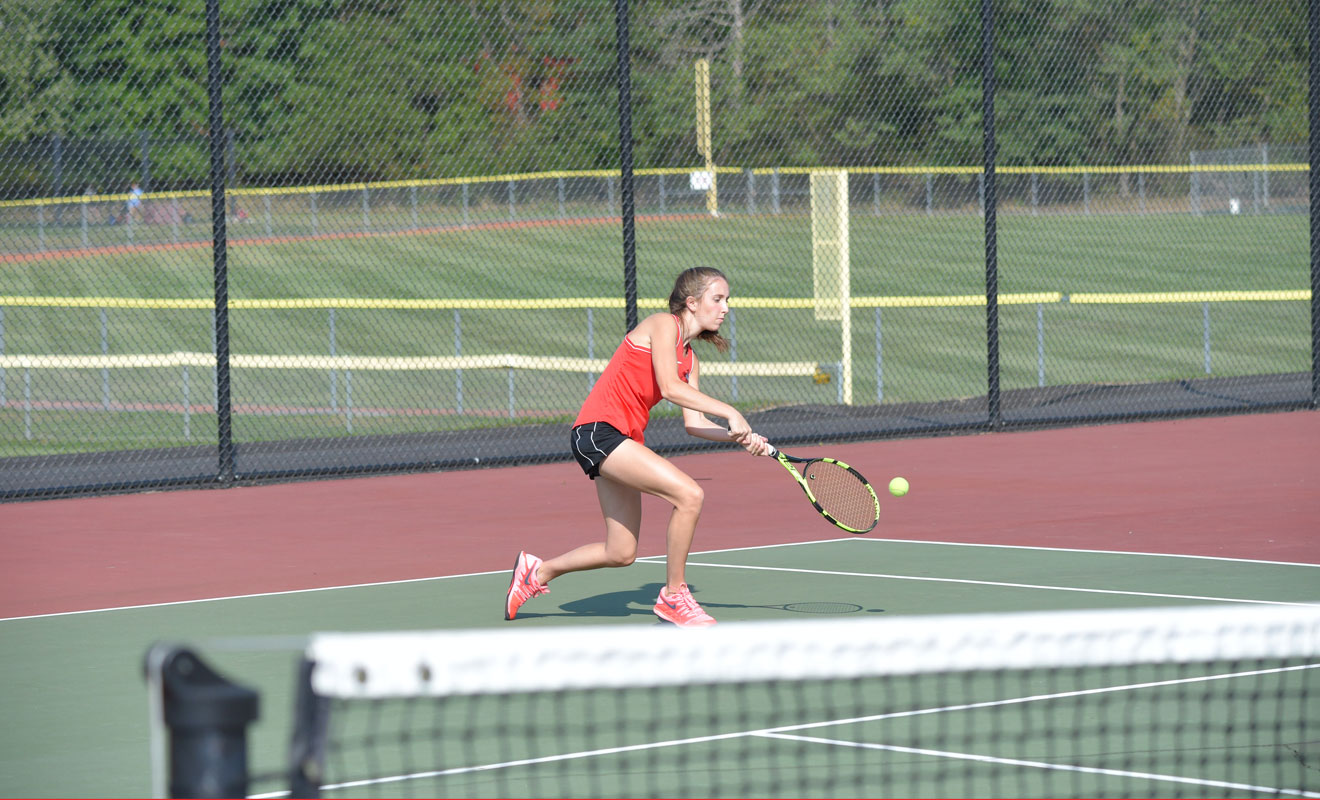 To no one’s surprise, the Fox Chapel girls tennis team got off to a quick start to the season, winning two of its first three matches, including its Section 3-3A opener.

Fox Chapel is one of the WPIAL’s elite programs, and 2021 appears to be yet another strong entry under 12-year veteran coach Alex Slezak.

The Foxes return WPIAL Section 3-3A singles champion Carissa Shepard, who defeated Shady Side Academy’s Elena Sabo. The doubles champs — seniors Shepard and Katie Voigt — are also back for more.

“We have a lineup that’s not set in stone, but it involves Carissa, Katie and (freshman) Sienna Siegel playing singles and Bridget Kilmer, Anna Ferris, Diya Reddy and Sophie Carvelli playing doubles,” Slezak said. “We have a solid team from top to bottom, and that is where our strength lies because no one person wins team tennis matches. Our mentality is that we do it together.”

Fox Chapel won the 2019 state title over Downingtown West, 3-2. The success over the years doesn’t come by accident.

Said Slezak: “There is no secret to our success. It simply requires practice, practice and practice. I am fortunate to have had some very good players over the years who have been great leaders and role models.”

In an Aug. 30 match against Baldwin, Fox Chapel won the section opener with Voigt and Ferris winning singles matches. In doubles, the teams of senior Kilmer and junior Reddy, along with sophomore Carvelli and junior Nicoletta Didomenico, came away with victories as the Foxes recorded a 4-1 win.

“I’ve also worked to create a culture that sets high expectations for everyone’s work ethic,” Slezak said. “The culture took some time to develop early in my career, but the benefits continue now that it is established.”

If the Foxes are to prevail in section play, it might come down to the regular season finale Oct. 4 when they host Shady Side Academy. Last season, Fox Chapel finished second in the section at 7-1 with the only loss coming to 8-0 Shady Side.

“Shady Side is a team we have tremendous respect for and look at them as our section rivals,” said Slezak, a phys ed teacher at Fox Chapel’s Kerr Elementary School.

Before the section is decided, however, the singles players from the section will compete across the WPIAL on Sept. 15-16, while the doubles titles will be decided on Sept. 29-30.

As for the team playoffs, the top four in each Class 3A section will be entered. In the PIAA team tournament, the top three from the WPIAL will qualify.

The top three in both WPIAL singles and doubles will also enter the PIAA bracket,