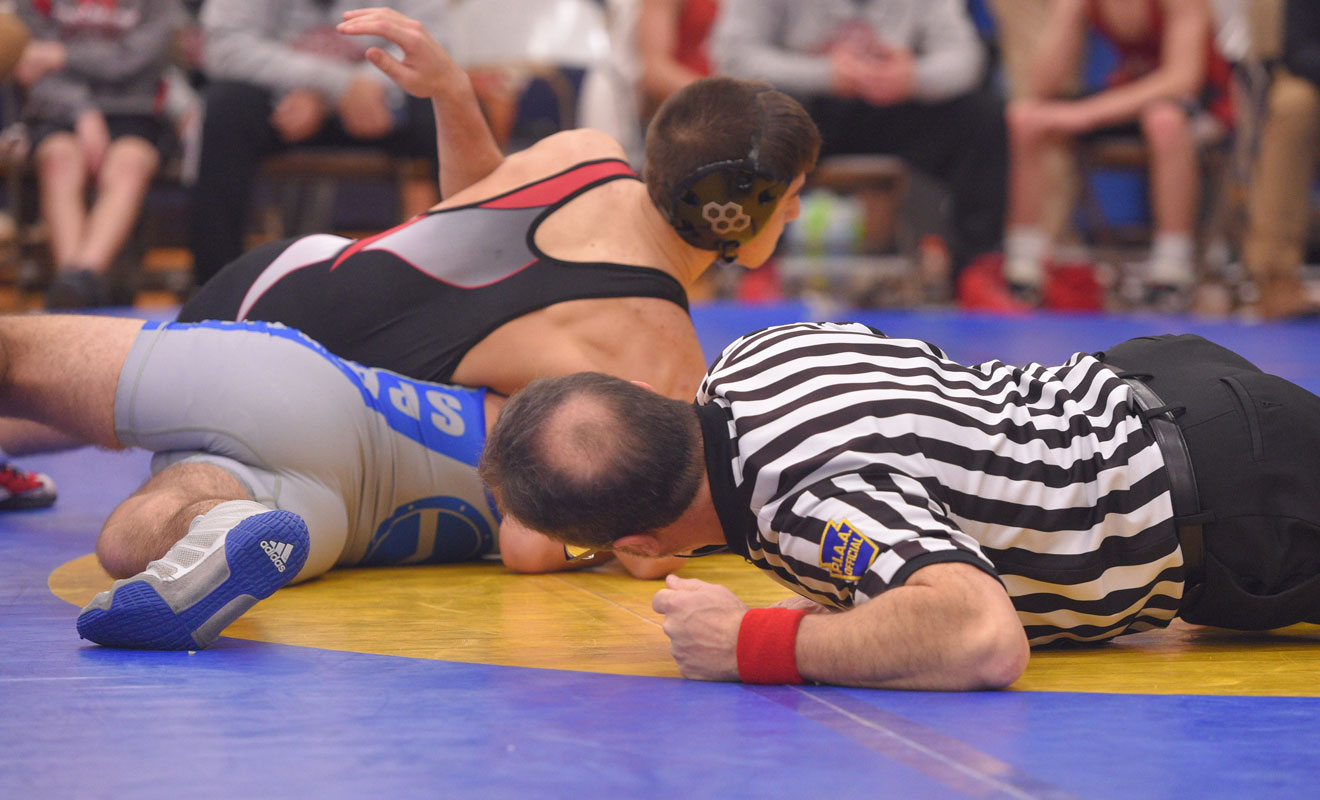 With a young and inexperienced lineup, Fox Chapel wrestling coach Michael Frank has been preaching to his wrestlers about competing at a high level this season. He’s wanted his guys to go into matches and just give it their all.

Early on, the wrestlers have responded.

On Jan. 19, the Foxes traveled to Hampton and took on both the Talbots and Highlands and came away with two victories on the night, earning their first two dual meet wins of the season.

Against Highlands, the Foxes picked up three pins and won six matches by forfeit in order to take home the victory, 54-24. Then, against Hampton, they picked up four contested victories and won five matches via forfeit.

With the coronavirus pandemic hurting wrestling rosters all over the WPIAL, a full lineup is hard to come by this season. Frank and the Foxes were able to fill a whole lineup in both matches, and it allowed them to come away undefeated.

“I really like what I saw because I saw a group of kids who wanted to battle, even kids who don’t have all the experience that is necessary, that you can only build through wrestling,” Frank said. “I couldn’t be happier that we filled all 13 weight classes, though. That’s a big difference in matches right now, and any coach right now will tell you that that is hard to rely on anymore with all the circumstances we face.”

Sophomore wrestler Dakoda Pisano was one wrestler who stuck out to Frank over the two matches as he picked up two pins. Against the Golden Rams, Pisano pinned Ashton Hatajik in 1 minute, 8 seconds.

Then, when the team needed him, Pisano stepped up against the Talbots as well when he bumped up a weight class to 152 and pinned Joe Maguire in 4:08, earning his fourth win of the season.

“He wrestled tough, and one of the things we are trying to focus on is just competing at a high level,” Frank said. “We have a younger and inexperienced lineup, so sometimes we are going to be outmatched. It’s just a fact of the matter, but Dakoda showed up and stuck to his basics and that was a big thing for him to be successful.”

At 132 pounds, freshman Alexander Kaufman saw his first varsity action against Hampton and pulled out a 9-4 win over Caleb Rihn. Frank said it was good to see him have success during his first opportunity.

The matches against Hampton and Highlands weren’t just about the individual. They were Fox Chapel’s first opportunity to participate in a team setting this season.

The Foxes did compete Jan. 9 in the North Allegheny Wright Automotive Invitational but didn’t see much success. Frank said their ability to compete and support each other during their matches with Highlands and Hampton was a good indicator of what they can be as a team.

“It was a big thing for us to fill all 13 weight classes, but out of those 13 we probably have seven of them who have never wrestled a varsity match before,” Frank said. “So watching them compete, watching their attitude, watching how they were as interested in their teammate’s success as they were in their own success, that spoke volumes to me about the kind of kids we have. I love seeing that and that’s what we promote.”