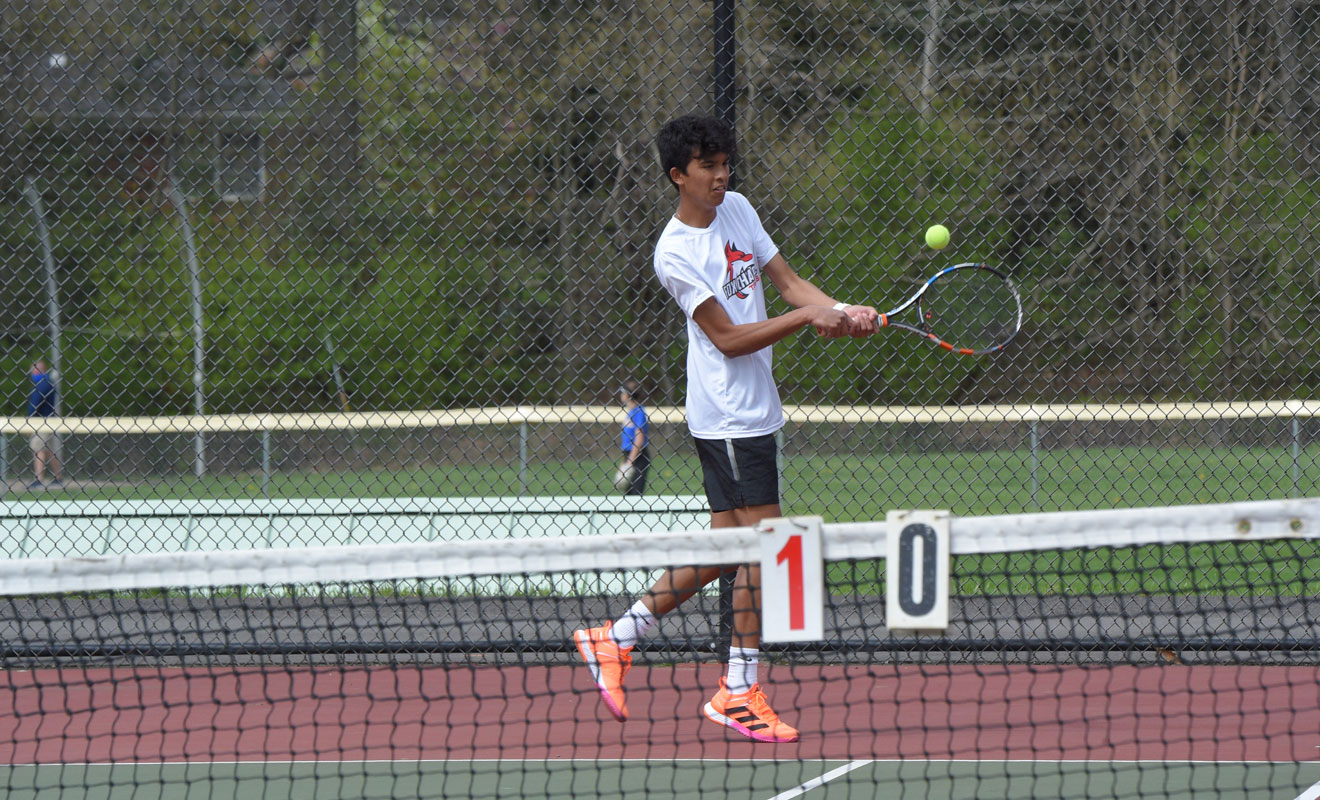 “I definitely think we have a good draw (as the No. 6 seed),” said the senior, who has played No. 1 doubles matches this year with classmate Zain Hassan and sophomore Ananth Kashyap.

The Fox Chapel lineup is brand new from 2019 when, led by five seniors, the Foxes won their fourth consecutive WPIAL championship and advanced to the PIAA semifinals.

But despite some inexperience, the Foxes finished the regular season this spring 9-2 overall and second to Shady Side Academy with a 6-1 mark in Section 3-AA.

“Losing last year (to Covid), it made us want to win even more this year,” Ernharth said.

“We’ve really grown over the season, and a lot of the less experienced players who might have had some jitters at the start of the season are definitely past that.”

Also among the seven players in the playoff lineup are sophomore Cooper Friday, freshman Will Siegel, sophomore Jack Delaney and freshman Travis Malone.

“I think we had high expectations from what we had done before, but considering how many kids we lost to graduation over the past two years and how much of that experience we didn’t have this year, we had to be more realistic for what we could do,” Ernharth said.

“That just meant that we had to work that much harder individually and as a team. I think we’ve done that and have put ourselves in a position to do well at WPIALs.”

Last year’s team, with Friday, Hassan and Ernharth in the lineup, got in about 10 days of workouts and one match — a 4-1 victory over Upper St. Clair — before the season was suspended and ultimately canceled.

Fox Chapel reeled off seven straight wins this spring before a 3-2 loss to Shady Side Academy on April 15.

Hassan picked up a straight-set victory at No. 3 singles against the Bulldogs, and Delaney and Malone scored a three-set win at No. 2 doubles.

All eight of Monday’s first-round matches are set to begin at 3 p.m. If Fox Chapel beats Sewickley Academy, the potential is there for a rematch with third-seeded Shady Side Academy in Wednesday’s quarterfinals.

“We’re just looking at things with the playoffs one step at a time,” Hassan said. “Obviously, we’d like to face Shady Side again, but we have Sewickley first, and we know that we have to be at our best to win that match.”

Sewickley made the move to Class AAA in 2019 and suffered a first-round loss in the playoffs. This came on the heels of the Panthers winning 14 straight Class AA titles from 2004 to ’14.

A senior-laden Franklin Regional squad is the top seed in the Class AAA bracket, followed by No. 2 Upper St. Clair. North Allegheny is seeded fourth. The two finalists, who will play for the title May 12, also will qualify for the PIAA tournament that starts May 18.

Fox Chapel was slated to face Franklin Regional, North Allegheny and Upper St. Clair in the regular season, but rainy weather prevented all three matches from being played.

The Foxes’ only non-section setback came in a 3-2 decision to No. 5 seed Mt. Lebanon on April 19. But Fox Chapel bounced back with a 5-0 win over Baldwin in the section finale April 23 and a 3-2 triumph over No. 8 Peters Township in the final match of the regular season April 26.

“The guys have put in the work all season, and we are ready to go,” Fox Chapel coach Alex Slezak said. “We are as prepared as we can be as we played a high-level schedule of competition in and out of section. The guys understand the pressure of big matches from that, and they’ve built a nice level of confidence, too.”