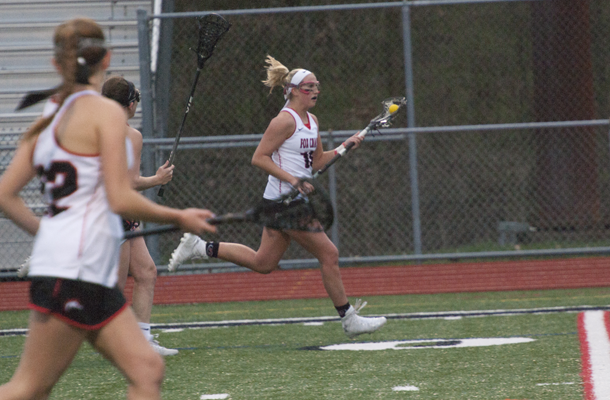 The Fox Chapel girls lacrosse team cruised to a 27-1 rout of Penn-Trafford on April 24.

McCrady netted five goals and picked up four assists with Goodwin contributing four goals and an assist. D’Cunha scored four goals, Wessel had three and Mary Ellis scored a pair of goals and had four assists. Rost had a goal and an assist with Sydney Condron and Meg Mathis also scoring. Makenzie Miller made six saves.

The Foxes beat Pine-Richland, 15-12, in a game that was called with three minutes left because of lightning. Goodwin scored four goals and had four assists, McCrady earned three goals and two assists and Rost scored three times. D’Cunha, Wessel and Hardiman each scored a goal while Miller had seven saves.

Fox Chapel track and field had meets against North Allegheny and Shaler last week. They were swept by NA with the boys falling 110.5-39.5 and the girls on the short end of a 105-44 score.