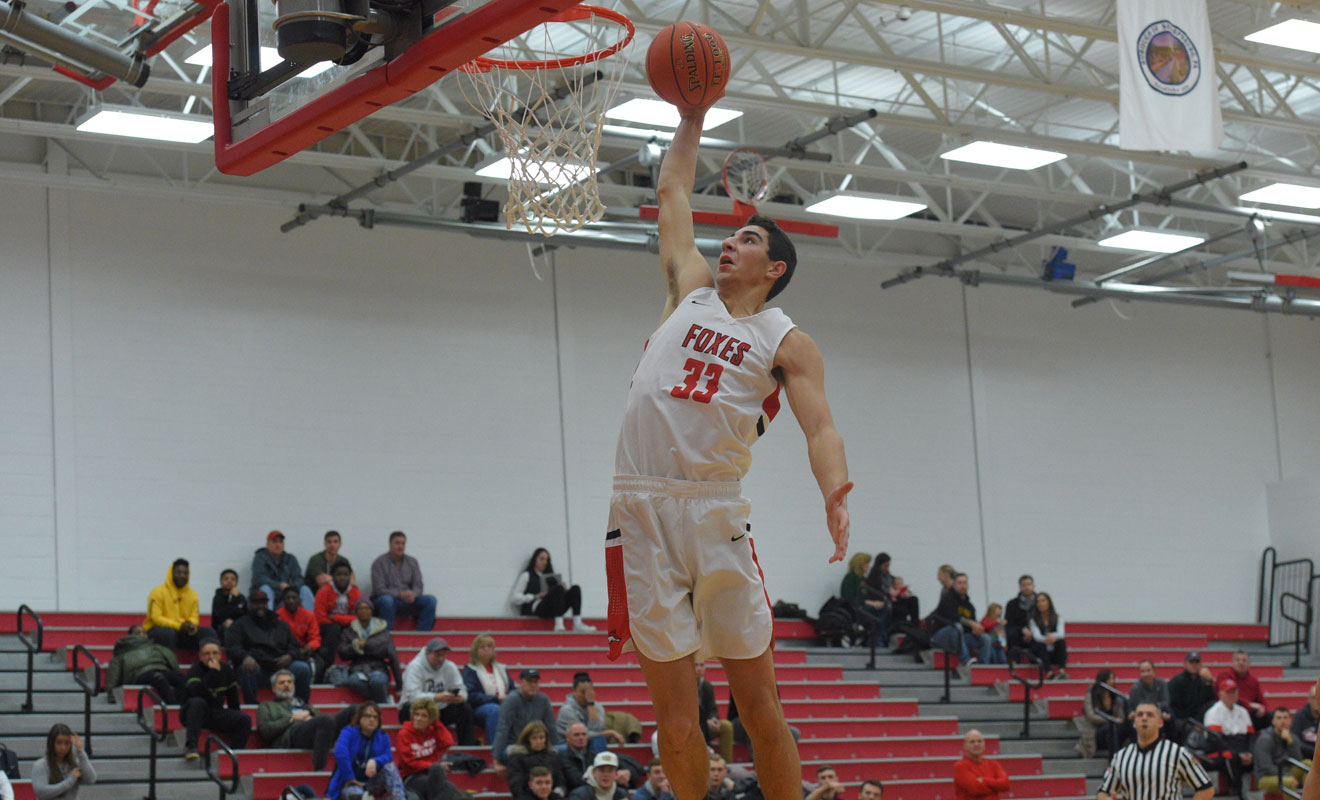 The Foxes clinched the school’s 29th WPIAL playoff berth with a 70-46 victory over visiting Hempfield.

It’s the first time Fox Chapel has made the playoffs four years in a row since 1991-94.

“We just couldn’t make a shot in the first quarter,” said Hempfield coach Bill Swan. “Maybe eight wide open shots, nobody around us, we missed them all.”

Fox Chapel built its lead to 32-17 by halftime as Yofan, Vento and Kent Baldauf made 3-point field goals on three consecutive possessions.

With 15 seconds to go in the half, Yofan stole the ball and, while sitting on the floor, somehow got a pass to Will Livingston, who tallied an easy layup to put the Foxes in front by 15.

“We came out with the intent to defend,” Skrinjar said. “We did that pretty well. Rebounding was a little lax in the beginning. I thought we did a better job in the second half. We moved the ball well in the second half against their pressure.”

Fox Chapel started the second half with three consecutive baskets to take a 21-point lead with 6:20 left in the third quarter to put the game out of reach.

Said Swan: “They’re really hard to catch. “They’re so well-coached and they all handle the ball so well. It happened here about three years ago when we were down early and we were buried.”

Yofan brought the large home contingent to their feet with a steal and a slam to put the Foxes ahead, 57-36, with 4:48 to go.

In the first meeting earlier this month, Fox Chapel got past Hempfield with a 55-51 victory. It was the only time this season that Fox Chapel has yielded over 50 points in a game.

“I would lie to you if I didn’t say we had that in our pre-game notes,” Skrinjar said of the 51 points. “But again, 50 is a number, but the ‘W’ is more important. We want to win, but we feel good about holding them under 50.”

Christian Zilli had 11, with the aid of a trio of 3-pointers, and Nick Suchko had 10. Marcus McCarthy grabbed five rebounds for Hempfield.

Despite the loss, Hempfield is in a third-place tie with Norwin. Both are a game in front of Connellsville and Latrobe.

Fox Chapel will try to keep its unbeaten streak going with road games next week at Norwin and Penn-Trafford.