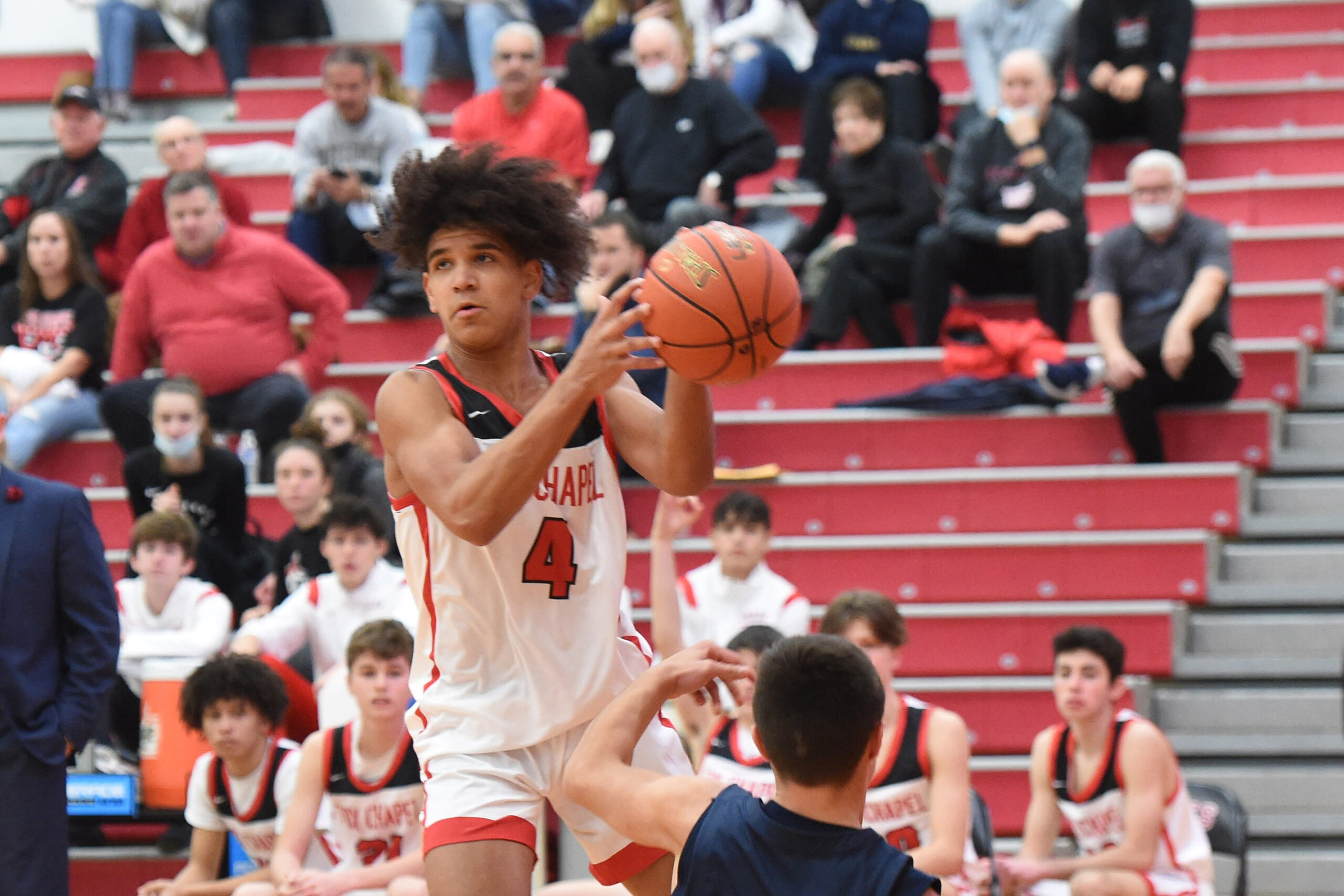 It’s gaudy, audacious, and blinged-out, but the “turnover chain” also is Fox Chapel Area’s boys basketball’s newest way of recognizing a player for a game well played. The first recipient might surprise some, but not those who follow the team and its players. Sophomore Jefferson (Boogie) Moorefield-Brown earned the honor after his first varsity start at the Baldwin game on December 21, and still considers it his best game yet.

Coach Zach Skrinjar explains the purpose of the award and its history. “It’s not a leading scorer of the night thing, but something that we want to have fun with, even though it’s kind of cheesy. But that’s part of the intent. The chain is actually something that originated with the University of Miami football team, although theirs cost something like $25,000 dollars. A lot of other colleges have since recreated the chain for their teams, mostly football, but some basketball programs, too.”

Obviously, the Foxes version of the chain didn’t cost anywhere near that much by a longshot, but it was something the coaches wanted to add to their reward system, so they all pitched in a minimal amount to purchase one with the Foxes emblem.

While most times the chain will be rewarded at the discretion of the coaches, for the initial presentation, the staff asked the seniors for their opinions. Their answer was unanimous – Boogie should get it.

When the Foxes played in a fall league and had open gyms, the coaches were impressed with Boogie and knew he could be an asset to the team. They had noticed him with interest before when he played for the Dorseyville Middle School program, but the only drawback to a quick entry into the varsity starting lineup this season was his inexperience at the varsity level. He had missed his freshman year but was learning fast. So fast, that coach Skrinjar dubbed him as his “secret weapon” no one knew about. They do now. 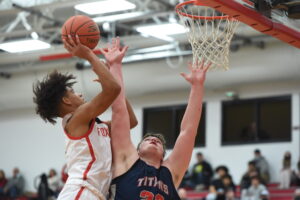 In case there is interest in his nickname, the story is kind of interesting. He says when he was young, he used to dance around the house so much that his mother started calling him Boogie. It stuck, but now instead of grooving around his home, he’s taken that swag and energy to the basketball court.

Eli Yofan, who earned a slew of top honors last year and is being heavily recruited by NCAA Division I colleges, offers his perspective on why Boogie was their unanimous choice for the first award.

“Boogie has really come on strong this year, especially defensively, and gives us energy on both ends of the floor,” says the senior guard and reigning Pittsburgh Post-Gazette WPIAL 6A player of the year. “The first game we had the chain he got it because he played the best for sure. He made the other team’s point guard miserable. So, to receive this reward in his first varsity start was quite the honor.”

According to Coach Skrinjar, “Boogie is very athletic and a tough kid who has a basketball mind and great instincts. He was the perfect player to get the first award because he really took the honor to heart. I think he wore it to all his classes and slept in that thing! He really embodies the spirit of what it means.”

With the Foxes now plowing through the season with a 10-1 record (as of 1/11/22), the entire team will be counting on Boogie’s energy and nose for the game to help them continue their nine-game winning streak, which includes winning the Peter Sauer Memorial Tournament at Shady Side Academy. With Boogie’s talent now blossoming, and added to that of his senior teammates Eli, Jake Demotte, JP Dockey, Russell Fenton, and Colin Kwiatkowski, the only thing players are hungrier for than the chain now is the WPIAL Class 6A championship.