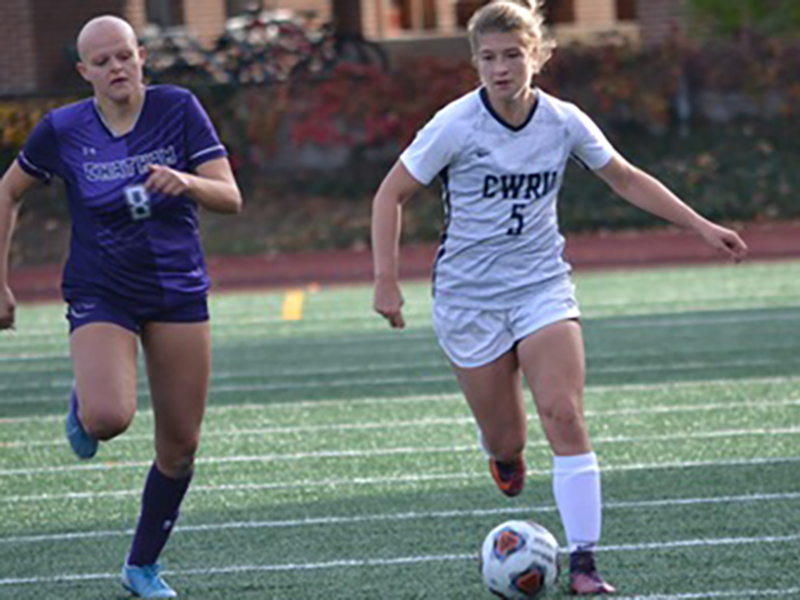 If you ask them, the season best resembled … a perfectly-crafted Italian culinary dish.

Yes, you read that correctly.

“Our coaches always talked about it like we were layering a lasagna,” said VanBibber, a junior outside forward. “Each week we added another layer to make this perfect lasagna. We just kept working at it and good things happened.”

The layers ranged from overarching themes like playing consistent, mistake-free soccer for a full game, to hyper-focused themes like a quick transition off of a free kick or well-connected cross — each layer serving as an individual piece of a larger puzzle. And from Game 1 to Game 20, the finished product looked like it came straight from the kitchen of DiAnoia’s or Alla Famiglia.

“By the end of the season, it was perfected,” said Storti. “The progress we made was insane. We exceeded expectations. It really came out to be something super special.”

With a 16-2-2 overall record, the Spartans set program records for total wins and conference wins. Their No. 10 national ranking was the highest ever for a CWRU team, and advancing to the Sweet 16 of the NCAA Division III women’s soccer tournament was also a program first.

Storti, a sophomore goalkeeper, set a CWRU record for wins (16) and tied the program record for single-season clean sheets (13). The GK, like the ‘G’ in Lasagna, moved in silence prior to the season; entering 2021 as an unknown commodity after having her freshman season cancelled due to the pandemic. But after only allowing 10 goals over 1,700 minutes in net — equating to a 0.51 goals-against average — it’s safe to say she’s officially on the map.

“I was basically a nobody,” Storti said. “I was still technically a freshman based on experience. No one knew who I was, but I started to gain more confidence in my abilities as the season went on. I started to see how good I was and how I was comparing on a national level.”

In addition, CWRU senior midfielder Anika Washburn was named the 2021 UAA Offensive Player of the Year. Jen Simonetti and her assistant coaches were selected as the UAA Coaching Staff of the Year.

Perhaps the most impressive aspect of the success was the fact that the Spartans did not have a full 2021 spring season to leverage for experience, fielding only three games before heading into their fall slate.

“Our freshmen and sophomores had never really played in collegiate games before,” said VanBibber. “Half of our team never played at the level we played at this fall. We weren’t as prepared as many of our opponents, but we were able to overcome that.”

Following consecutive wins over No. 3 Washington and No. 15 Carnegie Mellon to conclude the regular season, Case Western beat Chatham and Ohio Northern in the NCAA tournament before falling to Chicago in the Sweet 16. Despite its disappointing ending, the 2021 season will serve as a critical stepping stone for where the heights the program hopes to reach in the years ahead.

“I believe this is the step that is going to propel us forward,” said Storti. “As a program, we’re a force to be reckoned with. People know how good we are and how good we’re going to be in the future.”

“This may have been only our third time making the NCAA tournament, but we’ve set a precedent for what’s to come,” added VanBibber. “We’ve set new expectations for ourselves.”