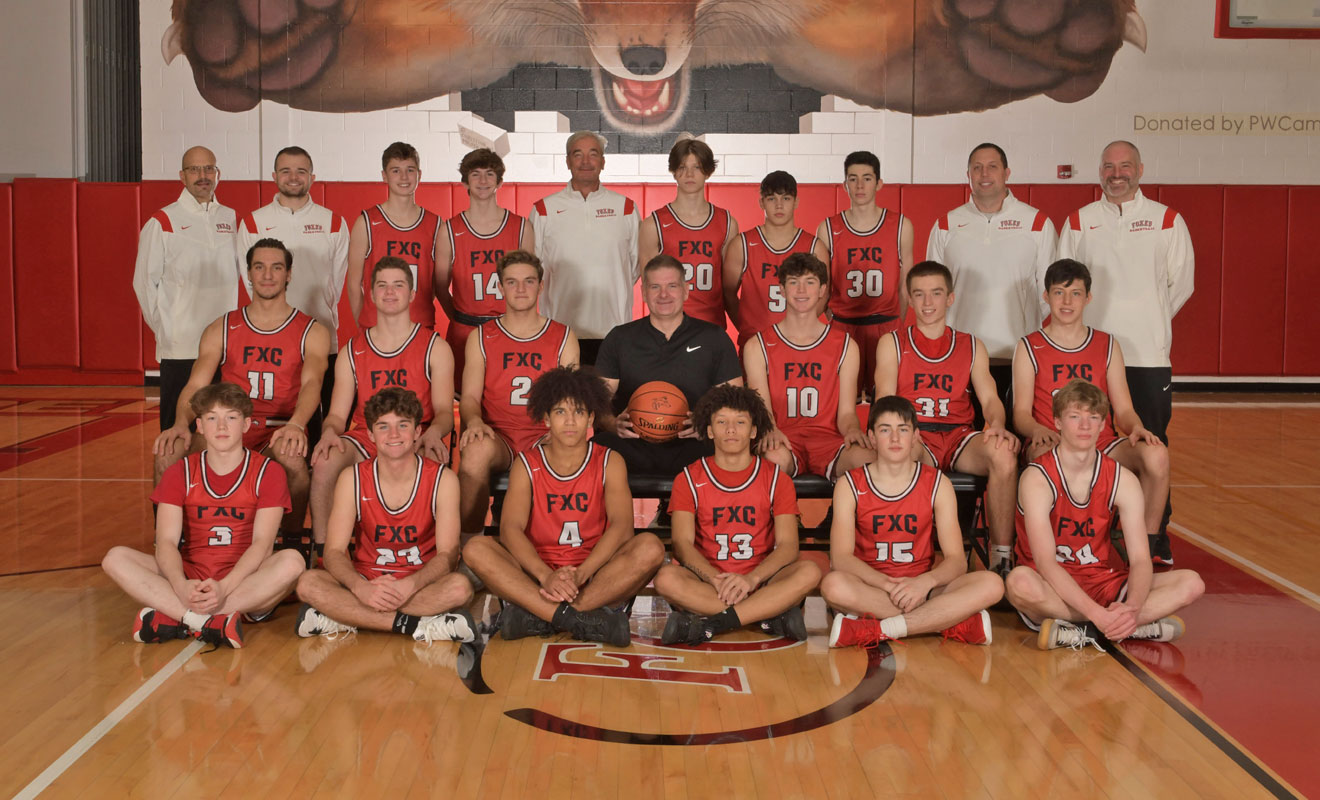 Coach Zach Skrinjar said “focus” is the simple but important theme the team is taking as it sets out to defend its Section 3-6A title and make a run in the WPIAL playoffs.

“Every day, we just want to focus on what we do and get better as a team to work towards the same goals every year, which is competing for a section title and a WPIAL championship,” he said. “That’s our expectations. It takes that focus and commitment with every drill and every play in the gym.”

The Foxes reloaded last year and maintained their success amid WPIAL-wide covid uncertainties to the tune of a 20-3 overall mark and a 9-1 record in the section. They topped Bethel Park and North Allegheny in the WPIAL first round and quarterfinals before losing to Pine-Richland in the semifinals.

“They all have been playing varsity minutes since they were sophomores, and they understand what the goals are and what needs to be done,” Skrinjar said. “The goal of the program always is to get the next group ready when you lose really talented players and be able to stay competitive. It is this group’s time. They are really great leaders and strong examples for the next generation who will come through.”

Kent Baldauf (8.9 points) was the lone starter lost to graduation.

Yofan, who also started as a sophomore, was a do-everything player for the Foxes last season as he led the team in scoring with 22.4 points a game while also averaging 7.3 rebounds, 3.5 assists, 2.7 steals and 1.3 blocks.

“When he’s on the court, he makes everyone better,” Skrinjar said. “He’s such a leader and a competitor. He has a good group around him, and they all trust each other. It might start with him, but we certainly are not where we are without the other guys on the floor. They have all come in on a mission to have the best season possible.”

Junior guard Kam Greil is expected to move into the vacant starting role after a strong sophomore campaign when he was the most consistent player off the bench (22 games) and averaged 2.6 points a game.

“Kam has really matured a lot and has accepted his role,” Skrinjar said. “He gets after it in practice and makes the most of that time. He loves the game of basketball. We’re really counting on him having a big year.”

Skrinjar said knowing just how deep the rotation can go is a work in progress.

“Every year, we talk about going 10 deep,” he said. “That is always a goal. Last year, we were mostly just six deep, so we have some new guys coming in that we have high hopes for. We’re looking to now just build as much depth as we can.”

Skrinjar said more should come to the forefront Saturday as the Foxes scrimmage Thomas Jefferson and Hampton.

He said 6-0 sophomore guard/forward Jefferson Moorefield-Brown and 6-0 junior guard Eric Wilson should make an impact in the rotation.

Colin Kwiatkowski, a 6-5 senior center, is back with the program, and Skrinjar said he is expected to log a decent amount of varsity minutes.

Skrinjar said the section will be a battle again with the likes of Hempfield, Penn-Trafford and Central Catholic looking to knock the Foxes from their two-year reign as champs.

“I think the section again will be pretty well-balanced,” Skrinjar said. “We look forward to competing with everyone.”

The Foxes host Allderdice in a scrimmage Dec. 7, and that leads into the season-opening North Hills tournament Dec. 10-11. Fox Chapel opens with Hampton in the semifinals.

“If it works out, we could face North Hills on the second day, and they are one of the top teams in the WPIAL,” Skrinjar said. “The tournament overall will be a really nice early-season test for us.”

Fox Chapel boys at a glance