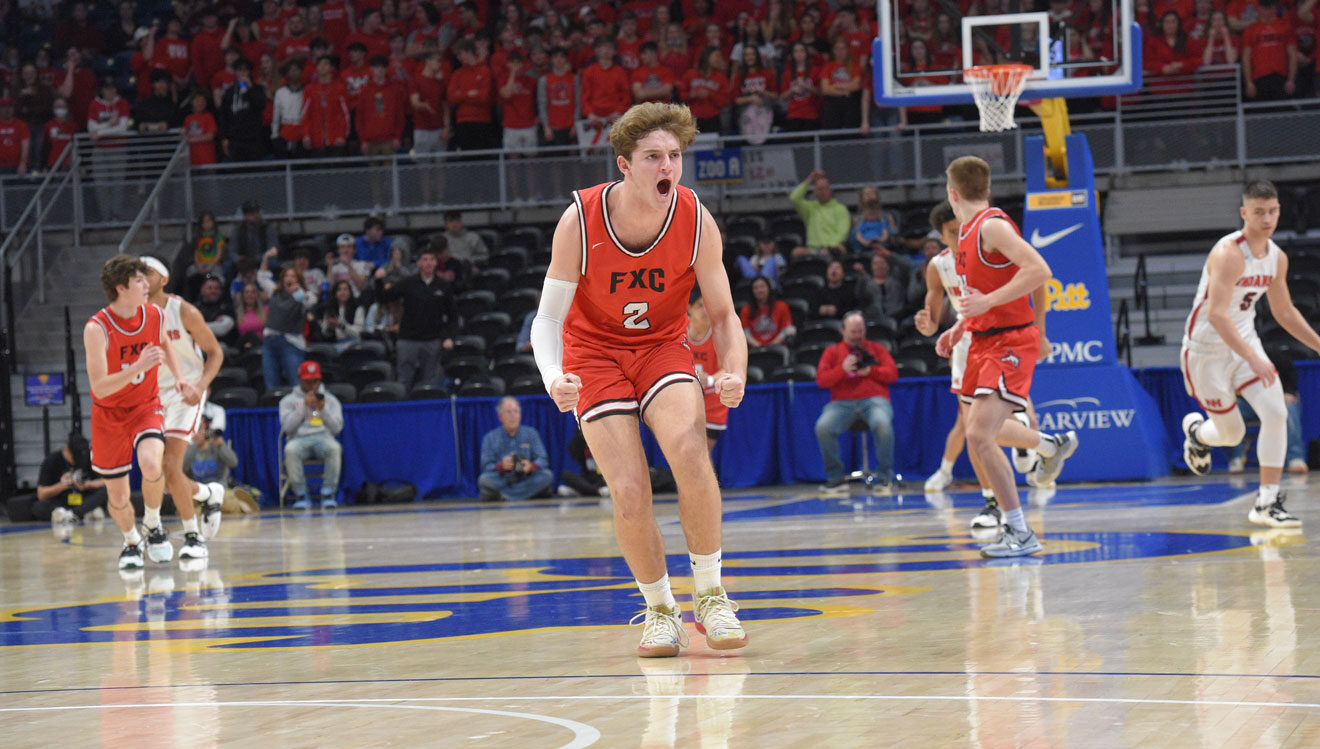 Eli Yofan averaged 19.3 points throughout the 2021-22 boys basketball season, but he was limited for most of Fox Chapel’s WPIAL Class 6A title game against North Hills early last month at the Petersen Events Center.

But as he did all season, the Foxes senior came up big when his team needed a clutch play.

Yofan canned a 3-pointer with six minutes left to break a 28-28 tie. It gave Fox Chapel a lead it never lost as it went on to knock North Hills from the ranks of the unbeaten with a 43-36 victory.

“It was an experience like no other, playing on that court in front of a lot of people,” said Yofan, who had gone to Pitt camps in his younger years and attended about a half-dozen Pitt games this year.

“Even though I didn’t have my best game, we as a team had a great game and did what we needed to do to win. I’ve been playing with all of these guys since third or fourth grade. We worked really hard for that moment. Celebrating on the court with my coaches and teammates was something that I will never forget.”

Yofan again led his team in scoring. He also led the way with 5.9 rebounds per game and produced 2.8 assists and 2.0 steals a contest. He scored more than 20 points 14 times and tied a career best with 34 to go along with a season-best 12 rebounds in a 77-67 come-from-behind WPIAL quarterfinal victory over Pine-Richland.

For his efforts throughout the season, which included helping lead the Foxes to the PIAA semifinals, Yofan has been selected the Valley News Dispatch Boys Basketball Player of the Year for the second time.

“When scouting reports a lot of the time were focused on me, considering I had a great year last year, it was more of a challenge to perform and play at a high level,” Yofan said. “I also was always looking to get my teammates involved and get them going just as they wanted to do that for me. That created opportunities all over.

“(The WPIAL title game) showed what this team was capable of offensively and defensively and how much depth we had as a team. If one guy has an off night, anyone can step up and play well and impact the game.”

Yofan, who has Division I offers from Army and Navy and also interest from Marshall, Miami (Ohio), Radford, Duquesne and West Virginia, impacted many Fox Chapel games throughout his four years.

He surpassed 1,000 points as a junior, and among his 17 points against Norwin this season were the ones on an alley-oop layup that gave him the all-time school scoring record.

D’Amico was on hand to congratulate Yofan on breaking the record.

“Last year, when I scored 1,000 points, that was pretty cool, and I never really knew what the all-time scoring record was until probably 10 games into this season,” said Yofan, who will play in the Roundball Classic on May 21 at Geneva College.

“I saw that it definitely was in reach. It probably won’t hit me until a couple years after high school that I scored the most points ever in Fox Chapel history. It’s amazing to think about how many (at Fox Chapel) have played and how many played this game so well. To do it at home was pretty special, and it was pretty cool to have Matt there, too.”