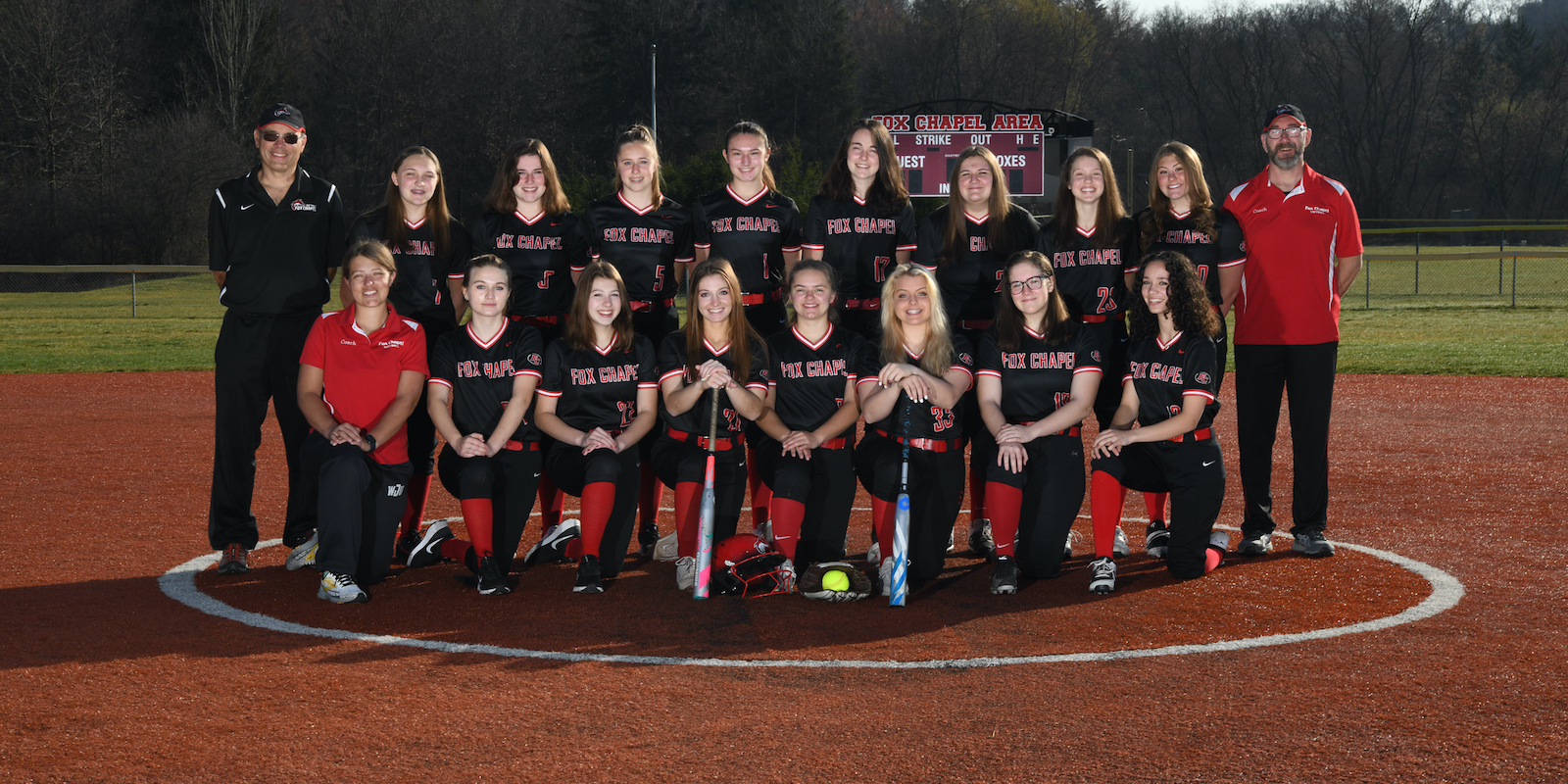 When this year’s Lady Foxes’ softball players remember their 2021 season, it’s very likely they will think of it as “The Year We Beat the Odds.” Largely overlooked as serious contenders by many of their opponents going into the season, the young group’s resilience and team-centered playing led them to heights they had only dreamed about. After a winning season, they qualified for the WPIAL playoffs, where they finished among the final four teams, and then advanced to the PIAA championships, both for the first time in the program’s 42-year history.

“The girls deserve all the credit for their success,” says Coach Chris Olbrich of the 16-member squad. “They all did the hard work in games, spent long hours practicing, and supported and respected each other, even during the tough stretches, to reach this historic level.

“Now that the season is over, I realize how big it was for not only the players, but also the school district. We had a cheering section of Fox Chapel Area elementary school students who play softball who came to every playoff game. What a thrill that was for our team! Hopefully, we can continue to build upon that connection with the next generation of players.”

While the season ended up as historic, it certainly didn’t start out that way.

“With a year off due to COVID, half of the team had never played in a varsity game, and the returning players were part of a team that had gone 3-15 in 2019,” says Coach Olbrich, who seemingly found the right prescription to turn around the program. His coaching philosophy is straightforward: first and foremost, he wanted to continue to create an atmosphere where all players are treated with respect and dignity.

“Each girl has different talents and skills and is a valuable member of our team,” he says. “With those things in mind, we set goals that would individually improve each player. As they improve, the whole team gets better.”

A Season of Firsts

The team had some exciting nail-biters this year that included seven come-from-behind victories. Pitcher Mackenzie Borkovich struck out 252 players this year, and catcher Amelia Herzer had a lot to do with those strikeouts. Not only did Amelia provide stability at home plate, she also led the group with a .426 average batting average, had four home runs, and 24 RBIs.

In addition to Amelia, four of her teammates ended up with batting averages above .300 – Mackenzie, Brynn Palmer, Neena Pietropaolo, and Hunter Taylor. Those same players, plus Reilly Culleiton, had double-digit runs batted in (RBI).

That well-balanced group helped lead the team in the first round of the WPIAL playoffs. Once again, the Foxes were the underdogs with a14th seed assignment, but that didn’t stop them from stunning third-seeded Plum High School in an upset win, 2-0. The Mustangs got only one hit off Mackenzie in that game, Neena had a solo homer, and Hunter had a double RBI.

Playing in the second round of the playoffs was a big deal because no other Lady Foxes softball team had ever been able to navigate that hurdle. The players’ come-from-behind victory against 11th-seeded Franklin Regional in the seventh inning advanced them to the WPIAL semifinal round. Neena got the bats warmed up with her solo homer and then third baseman and shortstop Brynn had a dramatic three-run walk-off homerun to clinch the game, 7-5. Brynn also had driven in two runs earlier in the game.

While the season ended for the team in the first round of the PIAA tournament in a loss to North Hills (with whom they had split wins earlier in the regular season), they came away with heads held high, knowing they had given it their all. Coach Olbrich was proud of them for what they had accomplished and how they battled all year to overcome.

“This team never hung their heads,” he says, “I am proud of what they accomplished and how they battled all year to overcome what had been a slow start to the season.”

Looking ahead, Coach Olbrich already is thinking about what they need to work on to improve. Starting off, they will have the luxury of 14 out of 16 players expected to return. He says, “I’m already thinking about how we can do drills to get better and what I can do as a coach to get the team better prepared. The experience of playing in five playoff games and that pressure that goes along with that will serve these young women well.

The team’s two seniors, Neena and Bella Krisky, will be missed as they were great leaders on multiple levels. The coach’s aspirations for their futures go well beyond the softball field. He adds, “I really hope these wonderful young ladies take these lessons with them after graduation and use those competitive skills for the rest of their lives. That is really what playing sports is all about.”