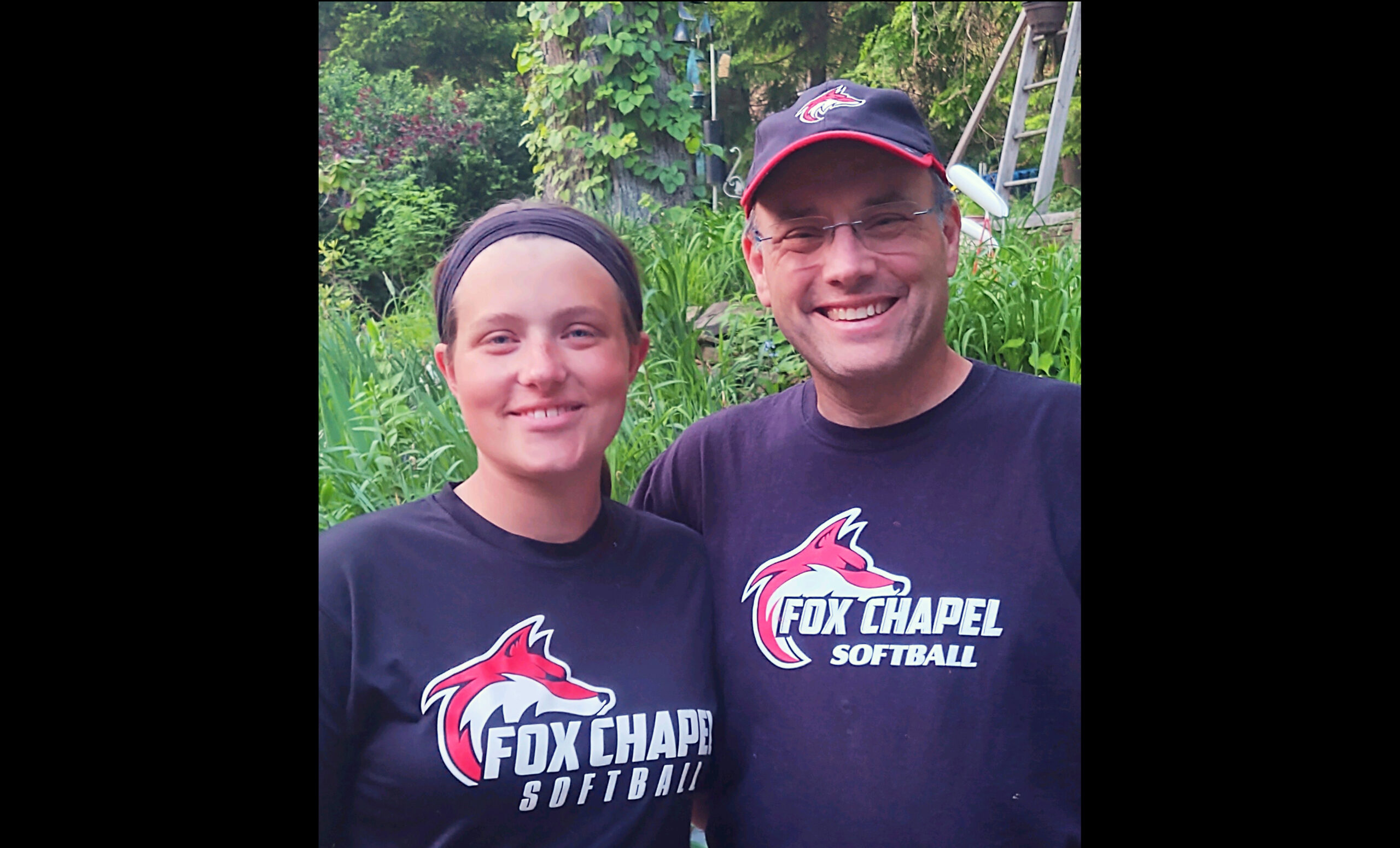 For Fox Chapel Area softball head coach Dr. Chris Olbrich, every day this season was Father’s Day as his grown daughter Sam, who was living out of town, returned to the area and helped guide the team alongside him.

A former Foxes softball player and 2016 grad Sam was enjoying a dream internship in marine biology in Hawaii when the pandemic hit. She came back to the Fox Chapel area during that extended period and then took up her father’s suggestion to coach with him as a member of the softball staff. Their father-daughter gig ended up not only being a once-in-a-lifetime opportunity to work together, but also helped produced the program’s best season in its 42-year history. Making the duo’s situation even more special was that the 2021 season was Coach Chris’ first official one on the field. He was appointed after the 2019 season ended after serving as an assistant and junior varsity coach since 2016. He jokes that he was the best two-year practice coach, until now.

“It’s been nice to take advantage of something good from COVID,” says Coach Chris. “Sam knows the game really well and she was able to bring a higher level of drills from college, so that was nice. We would talk every day after practice or a game, but we tried not to let it consume us. We’ve had some different coaching philosophies at times, which were only discussed at the dining room table, but we’ve learned a lot from each other.”

Sam had to head out to her new job at the Tanganyika Wildlife Park in Wichita, Kansas, right before the team competed in the state playoffs, but she kept in close touch with the girls by text.

“Coaching with my dad was an awesome opportunity,” says Sam, who played on the women’s softball team at Wheeling Jesuit University after she graduated from Fox Chapel Area High School. “My dad was my first coach, and we always used to go to the batting cage together. Then he started as the assistant coach of the high school team when I was in my senior year. Now, to be his assistant is pretty cool. I’ve thought about it and realized that not very many people get that rare opportunity to coach with their dad. It was awesome, and we had a storybook season.”