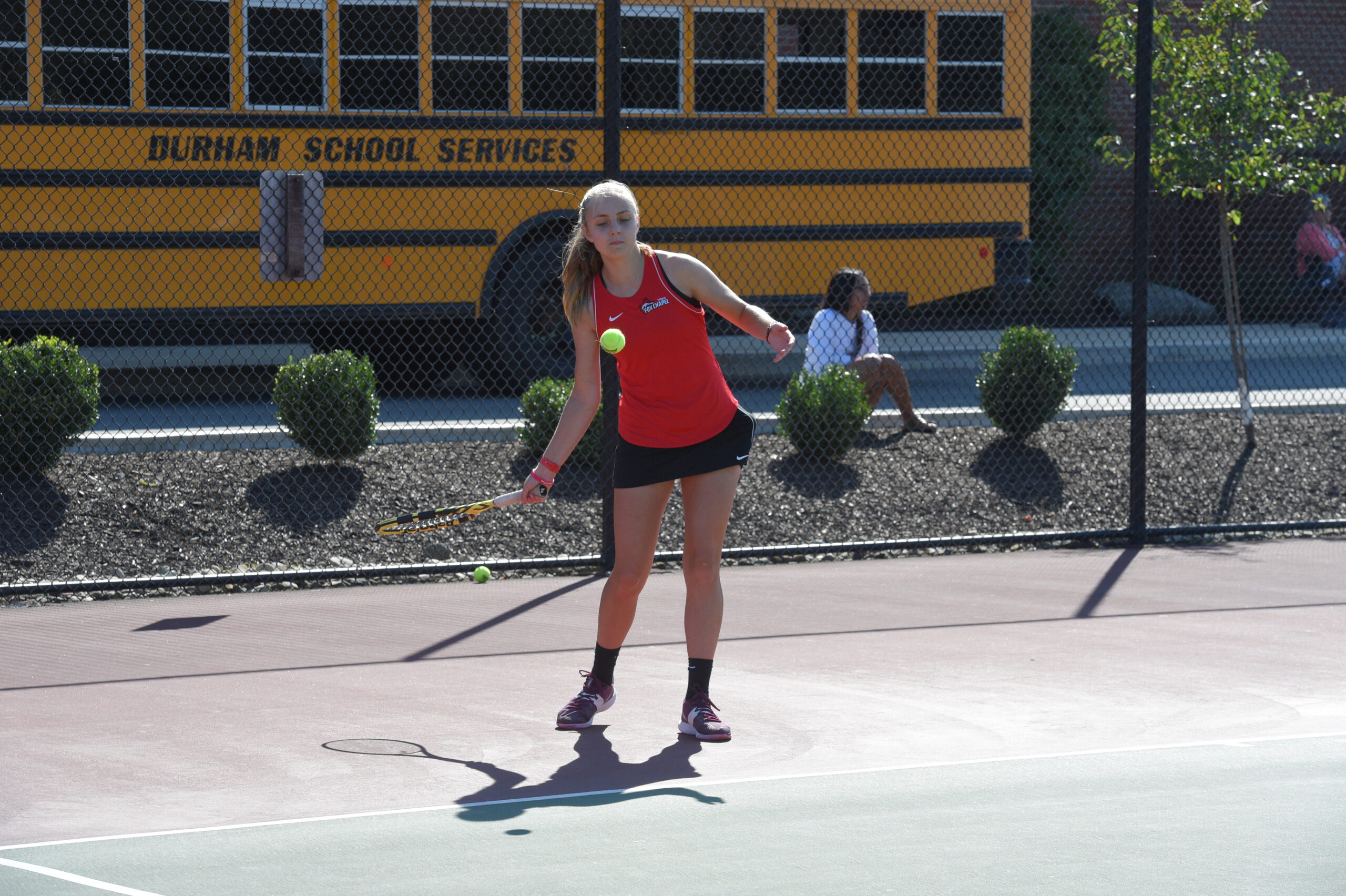 Carissa, a four-year varsity singles starter for the Foxes, says she was a little nervous during the first set. She explains, “It was more a battle with myself than my opponent. I was in my head instead of focusing on the match.”

“She competed really well,” says Coach Alex Slezak. “Even though she lost the first set, she made some changes, both mentally and tactically, and went on to win. She’s a competitor, and competitors don’t like to lose. As she has matured, she has become a good problem-solver on the court, as opposed to figuring things out afterward.”

Now that she has repeated her success at the section championships, she moves on to the WPIAL playoffs, where she will face some stiff competition. Still, she hopes to be one of the three players who end up advancing to the PIAA competition. But, whatever the outcome, Carissa is thrilled just to be back to playing and doing well.

“I have just been so excited to get back into the swing of things,” Carissa says. “I really missed that competitive atmosphere.”

Coach Slezak also praises her more intangible contributions, saying, “Carissa has been a good leader, on and off the court. It has been great to see her grow since she was a freshman. She also has helped to set a culture of high expectations for everyone’s work ethic, and that’s what we strive for each year, and for the overall program.”