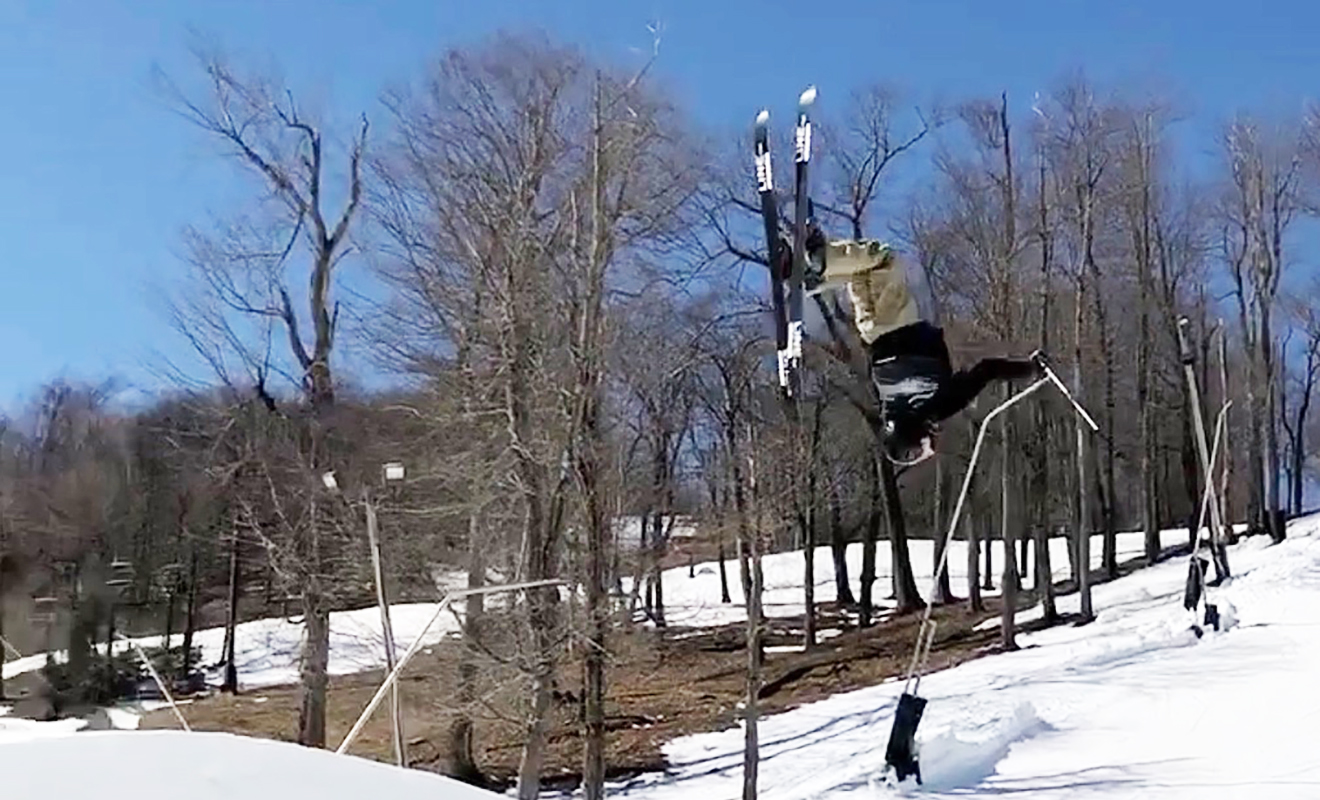 Jake Mulhern has soared through the air as a skilled freestyle skier and sprinted the soccer field as a left wing for the Foxes, but not that long ago he expanded his athletic interests even more to include the springboard.

Although he is still learning about the techniques that are unique to diving, his talent for executing aerial twists and turns on the slopes has translated well to the diving board and helped him become a dependable contributor for the boys team. 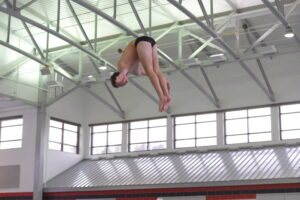 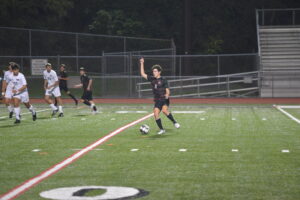 “I was drawn to diving because I thought it would be a similar experience,” says the senior who admits to being somewhat of a daredevil. “But I remember my first-ever dive at a meet and I was really scared. After that, things have gone well.”

Talented from a Young Age

Fifteen years ago, when Jake was only two-years-old, his parents put him on skis to introduce him to a sport that his family loved so much. Skiing was a sport he grew into, and as he gained confidence, the energetic young athlete started to teach himself different tricks.

Now an advanced-level skier, Jake says the learning process to do stunts was trial and error. “When I got to the point that I wanted to try to do some stuff in the air, I pretty much taught myself how to do backflips, corks (a mix of a flip and spin), and spins. What I’ve learned by skiing has definitely helped me translate my skills to diving and has helped me to progress.”

His coach, Vernon Yenick, assesses Jake’s skills this way: “He’s definitely a super talent and just needs some refinement. He has rapidly progressed in all of the diving categories. He has natural ability, and I’m looking forward to seeing him dive in this year’s dual meets and the WPIAL championships.”

“I started to dive pretty late and David has been like a second coach to help me move more into the intermediate dives,” says Jake. “He has really helped me to progress and has been especially good trying to calm my nerves and helping me overcome my fears before meets.”

Jake says diving has taught him patience, the importance of trying and discovering new things, and trusting the process and his coaches.

“I just really like the feeling of adrenalin and being in the air, and the reward of overcoming my fears,” Jake explains. “It’s kind of wacky to be able to do it all (three sports). I’m super happy I picked up diving and would consider doing it in college if I do well at WPIALs and can refine my skills.”