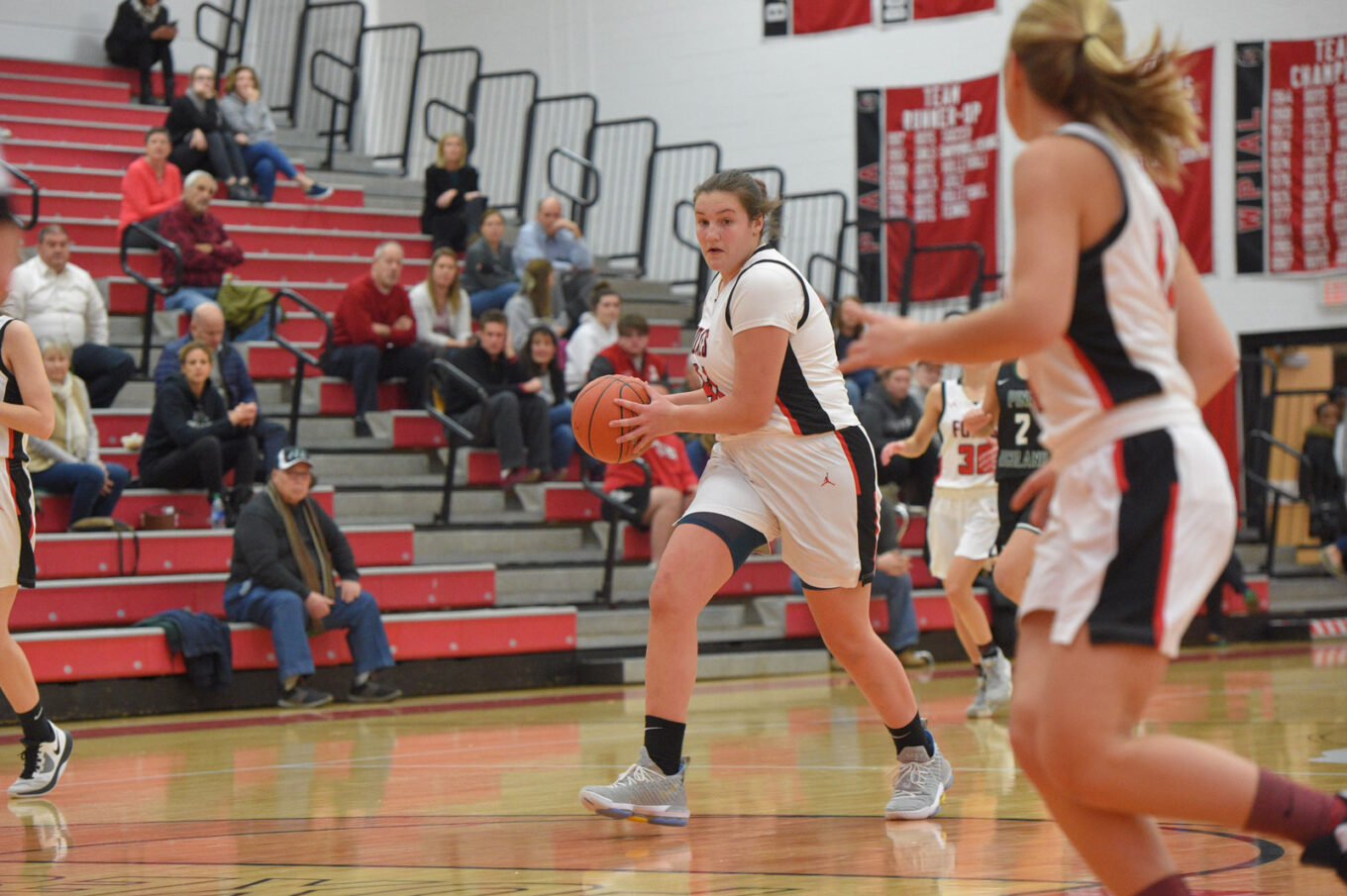 In the latter stages of the third quarter of Friday’s game at WPIAL power North Allegheny, the Fox Chapel girls basketball team led the Class 6A No. 2 Tigers, 31-25, and had designs on finishing off a key early-season Section 1 victory.

However, North Allegheny battled back and used a 9-0 run to seize a three-point lead heading into the fourth quarter. The Tigers went on to win, 45-35.

“North Allegheny, they are the gold standard,” said Foxes first-year coach Marty Matvey, whose team is 3-3 overall and 1-2 in section play.

“The girls weren’t used to hanging around with NA. That was a 10-point loss, but it was a two-possession game until the last minute or so. We let that one slip away.”

Matvey said despite the setback, the effort showed his team, with four starters back from last year’s run to the PIAA playoffs, can contend with every team they play.

“Over the six games, we’ve still been trying to figure out what type of identity we wanted to have as a team,” Matvey said. “We’re 3-3 right now, but, in all honesty, we could be 6-0. Our losses were close games we easily could’ve won. The girls see they have the potential to be a really good team. It’s all about them playing the way they are capable and continuing to believe in themselves.”

Fox Chapel owns victories over section foe Pine-Richland, as well as Class 3A No. 2 Carlynton and Class 5A No. 4 Woodland Hills.

The Foxes opened the season with a loss to Class 6A No. 4 Upper St Clair and suffered a section defeat at the hands of Butler.

“Our start isn’t exactly what we wanted, but we know we can learn from each game and learn from our mistakes and take off from here,” said junior guard Domenica Delaney, who scored a team-best 12 points against North Allegheny, has five double-digit scoring efforts this season and is second on the team at 12.7 points per game.

“It comes down to trusting each other and being there for each other, no matter what the situation,” she said.

Fox Chapel bounced back from the USC loss and posted a 50-48 victory against Carlynton and Division I recruit (Mount St. Mary’s) Jada Lee. The Foxes led by eight after three quarters and turned away a comeback attempt by the Cougars.

The Foxes then scored a 70-57 victory over a Woodland Hills team that had gained notoriety by upending defending WPIAL and PIAA 6A champion Peters Township just four days earlier.

“Woodland Hills was a great example of our potential,” said junior forward Elle Schwartzman, who scored 14 points against the Wolverines and leads the team in scoring at 13.2 per game.

“We shot well, played in the paint well, we defended well. We know we can play to the level that will bring us wins. We can’t have slow starts or off games if we want to challenge for the section title and get back to the playoffs.”

Schwartzman had a season-best 21 points against Butler, a game the Foxes led by one after three quarters. The Golden Tornadoes (4-2, 2-1) used an 18-10 fourth-quarter advantage to take a 58-51 victory.

“We let them hang around, and they stole the game from us,” Matvey said. “That was disappointing.”

But the Foxes got back on track against Pine-Richland behind Schwartzman (15 points), Delaney (11) and senior guard Gabby Guererri (11). The teams finished the first quarter tied, but Fox Chapel started to take control in the second quarter en route to a 54-39 victory.

Fox Chapel is not resting over the holiday break, and it will test its mettle Friday and Saturday at the Shady Side Academy tournament.

It opens with an Alle-Kiski Valley matchup against Knoch (3-3) at 1:30 p.m. Friday. Matvey said it should be a good challenge against a Knights team it saw several times on the court in the offseason.

“It will be nice to play them with a full lineup,” Matvey said. “Knoch is a good team with a lot of experienced players. We want to look for consistency at both ends of the court and build up some momentum heading into the new year. We know there are no easy games in the section.”

Michael Love is a Tribune-Review Staff Writer. You can contact Michael by email at [email protected] or via Twitter .