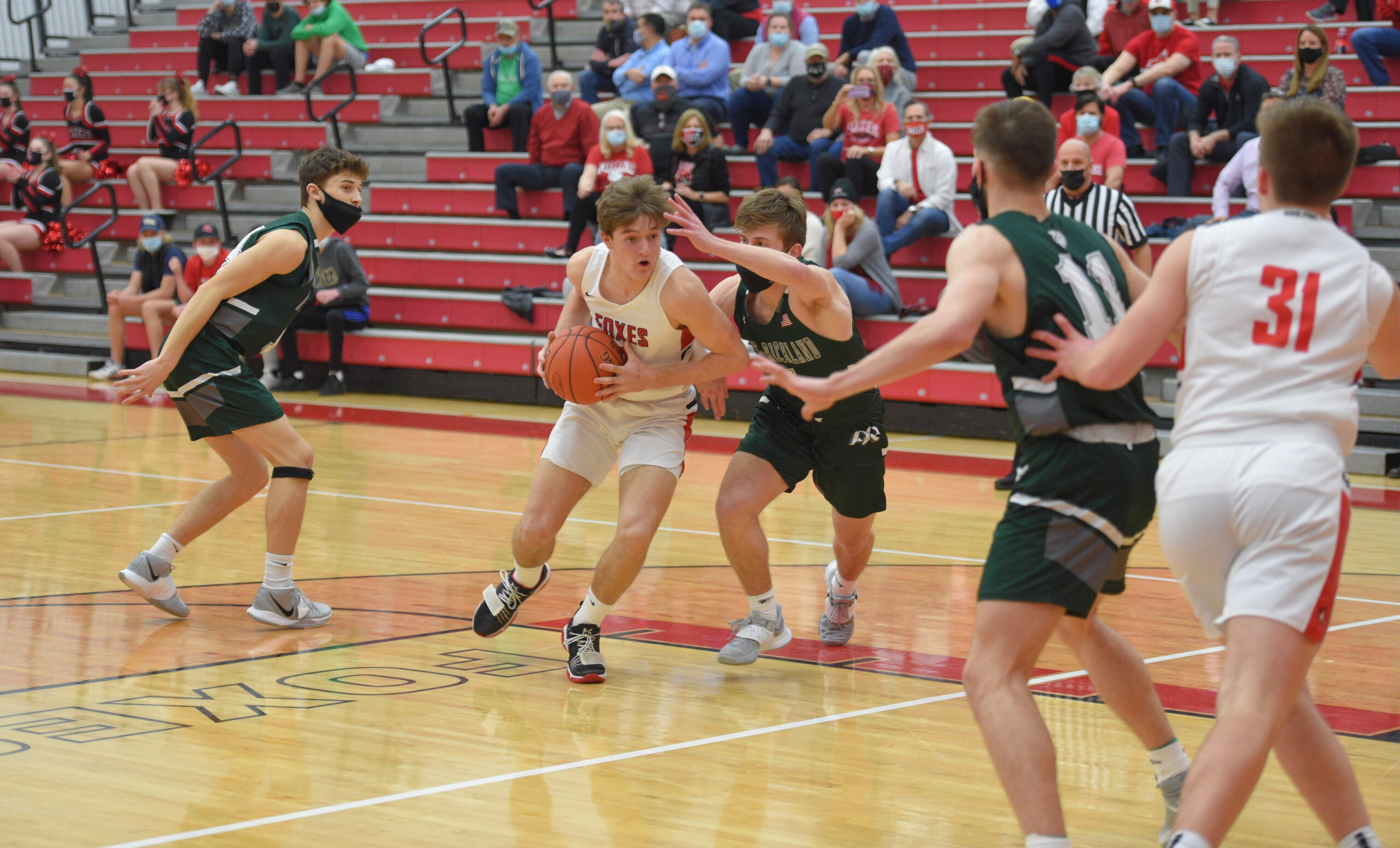 Eli Yofan, one of the most talented players in recent years to compete on the Fox Chapel Area High School basketball court, earned another honor before the 2020-2021 season ended, and it was a big one – the 6’1” guard scored his 1,000th point during the team’s March 5 quarterfinal playoff game against North Allegheny. Eli became only the ninth player since 1964, when the program began at Fox Chapel Area High School, to reach the elite 1,000 Club, and he’s only a junior.

Following the North Allegheny game, Eli said, “Scoring it was nice, but if we didn’t win that game, it wouldn’t have been the same.” One game later, the Foxes would lose lost to Pine-Richland in the WPIAL Class 6A semifinals.

Known as a very unselfish teammate, Eli says a big reason he enjoyed this season so much is that he was able to share the court with the friends he has known and played with for nine years. Luckily for all of them, that special lineup will remain intact next year when they are all seniors.

Teammate and longtime friend Russell Fenton, who had a breakout year himself, said there was a little bit of discussion about Eli’s numbers before the game, “but to be honest, I totally forgot about it. When they stopped the game, I had no idea what was going on until the announcement was made. I congratulated him and made sure to tell him how incredible of an accomplishment it was. As happy as I am for him to have reached the 1,000-point mark, I know he will do some remarkable things on the court in the future, so I see it as just one milestone on a soon-to-be long list of achievements.”

It wasn’t only Eli’s achievements that made this season pretty unique. Coach Zach Skrinjar and his staff had to acclimate an entirely new varsity starting lineup to man the court with Eli. Coach Skrinjar’s task was so great that no one in the basketball world paid too much attention to the Foxes, at least at first. They overcame some hurdles at the beginning of the season when they dropped two consecutive games, but then, game by game, they improved so much that they earned the section title with a 9-1 section record went 20-3 overall. That, in itself, was a huge accomplishment for the program and one that was rewarded by the Big 56 when they named him as section coach of the year for the second consecutive year.

Team All About Friendships

Over the years, Eli has been asked just about everything by the media. However, there is something that not many people are aware of, and that’s how much he treasures the close relationships he has with his teammates and coaches. All of the juniors have been playing together since they were in third grade, and throughout the years, they have created deep-seated chemistry and respect for each other that translates in a big way to the court. 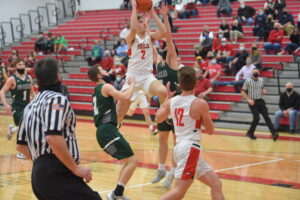 Eli, a WPIAL Class 6A and Big 56 First Team All-Section player this season and last year, enjoys nothing more than playing with juniors JP Dockey, Jake DeMotte, and Russell. JP was also named to the Big 56 all-star team this season, and Russell was on the second team. Jake, who showed tremendous growth in his ball skills and shooting ability, earned an honorable mention. The three players actually met years ago when Russell’s father had the foresight to put them together when he was a youth and travel coach.

“They (JP, Jake, Russell, and seniors Kent Baldauf and Alex Blaylock) all do a ton every game that really helps, and even the slightest things allow me to do my part for the team,” Eli says. “I bet there is no one else in the WPIAL, or maybe even the state, that has the kind of unbelievable relationship we have. It’s an incredible bond that translates really well to the court. When they aren’t given the credit they deserve, it’s not right, because it’s really undermining all that they do for our team.”

The magic and excitement this group created week after week clearly support Eli’s train of thought. His teammate and best friend, JP, describes the Eli he knows. “Eli is just a humble guy who is always pushing other people to get better. During practices, he’ll tell everyone that he’s going to beat them, just to make them better. The younger players especially want to guard him because, by shutting him down and doing everything they can to make him mess up, they believe they can prove themselves to the coaches.”

The Scoreboard Does the Talking

Eli has never engaged in the back-and-forth negative banter that some players exhibit on the court. He says, “There’s a lot of that going on, but I just kind of smile and point to the scoreboard.”

Those stats on the board translated into some impressive season highlights. Eli averaged 22.4 points per game and 7.4 rebounds. He improved in every category since his sophomore year. Coach Skrinjar believes that is only the beginning of what’s possible next year. He says, “There will be no one happier than me if Eli breaks the all-time scoring record next season.”

A 4.0 student who also excels in golf and volleyball, and previously was a star soccer player too, soccer, Eli assesses what he believes are his strengths in basketball. “I think beating people off a dribble, getting by them, and then finishing at the hoop are some of my biggest strengths. I also think I’m a pretty good jumper. I figured out in eighth-grade that I could get a pretty high jump, and now that I’m 6’1”, it’s a lot easier to finish above the rim.”

Coach Skrinjar talks about a conversation he had with a coach who was the scorekeeper at the gold WPIAL championship and had spoken with Eli for the first time at that event.

“After the round, he texted me about how much he enjoyed talking to Eli during the round, what a nice impression Eli had made on him, and that he was a fan,” says Coach Skrinjar of the unsolicited message. “He went out of his way to tell me that.”