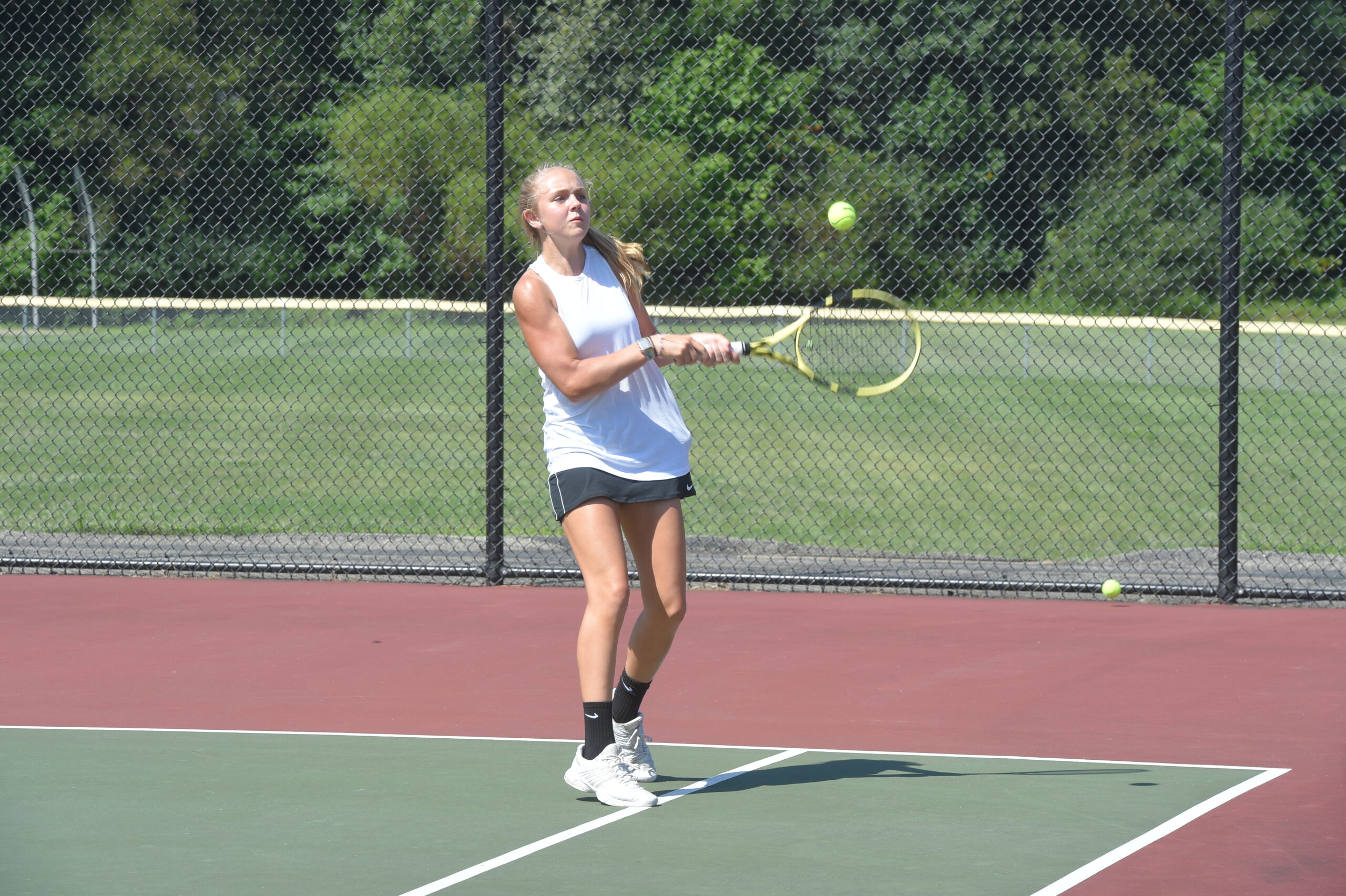 As the top singles player for the Foxes, Carissa Shepard always sets the bar high for the girls team. That level was elevated even higher on September 17, after the junior won her first WPIAL Class 4A Section 3 singles title. She defeated Shady Side Academy’s Elana Sobol, 6-0, 6-3.

This is the second consecutive year that a member of the Fox Chapel Area High School girls team has won the section title. Last year, graduate Charlotte James, who now plays for Davidson University, won it, and then went on to become the WPIAL Class 3 champion and the PIAA singles runner-up.

“I always saw Charlotte as a great mentor and leader to me and the team,” Carissa says. “It’s a great feeling to be following in her footsteps, because she has done great things within her tennis career. Hopefully, I can do the same.”

When Carissa realized she owned the match, she says it almost didn’t feel real.

“When I left  my house to compete in the section singles, as normal, I was a little nervous because part of me is always nervous for matches,” says the junior. “Also, I haven’t seen some of these girls since last season, and although I was the No. 1 seed going in, you never know how much anyone has trained. I went into it knowing how much I have put into my game to become a better player, so I just continued to tell myself that and to play the match one point at a time.” 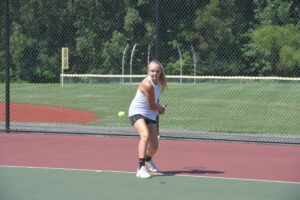 She might have had some jitters, but Carissa, a varsity starter since she was a freshman, was a master at keeping the ball in play and controlling her shot selection to manage the match.

Carissa’s coach, Laura Ward, says, “Carissa is the definition of a competitor. She is focused and ready to go no matter what her opponent throws at her. In her match, I was really impressed with how she didn’t let the pressure of the moment get to her. She had a large group of her teammates, but also her opponent’s teammates watching right at court-side. She didn’t get rattled with all of the attention and played her game. She didn’t let her focus waver.”

Carissa believes she is on the right path this season and has set many goals that she hopes to accomplish, especially when she gets to the WPIAL singles tournament, to be held September 24 and 25 at Pine-Richland High School, and then, should they qualify, the WPIAL team competition that begins October 13.

She says, “At WPIALs, I plan on staying focused during my matches and keep the ball in play. I can only control my shots and my thoughts. I don’t have a big idea about my singles opponents going into the WPIAL because many aren’t playing due to COVID, so I will wait and see who the competition will be.”

Her strategy at the regional competition is to stay focused and keeping the ball in play. She explains, “I can only control my shots and my thoughts. I don’t have a big idea about my opponents going into the WPIAL because many aren’t playing due to COVID, so I will wait and see who the competition will be.”

As part of last year’s state championship team, Carissa also hopes to recapture the feelings she had last year as a sophomore when the group won the PIAA Class 3A team championship.

“That was the highlight of my high school tennis career so far,” she says. “It’s a memory I will never forget. The feeling was something words cannot describe, but I’m glad I was able to help win it with all of my teammates and to have my friends and family there for support.”

Coach Ward adds, “Carissa is a hard worker with a kind nature who leads by example through her actions. She is like a thermostat that sets the tone for those around her. They watch her play, not just to support her and cheer for her, but also to learn how to become a better player themselves.”