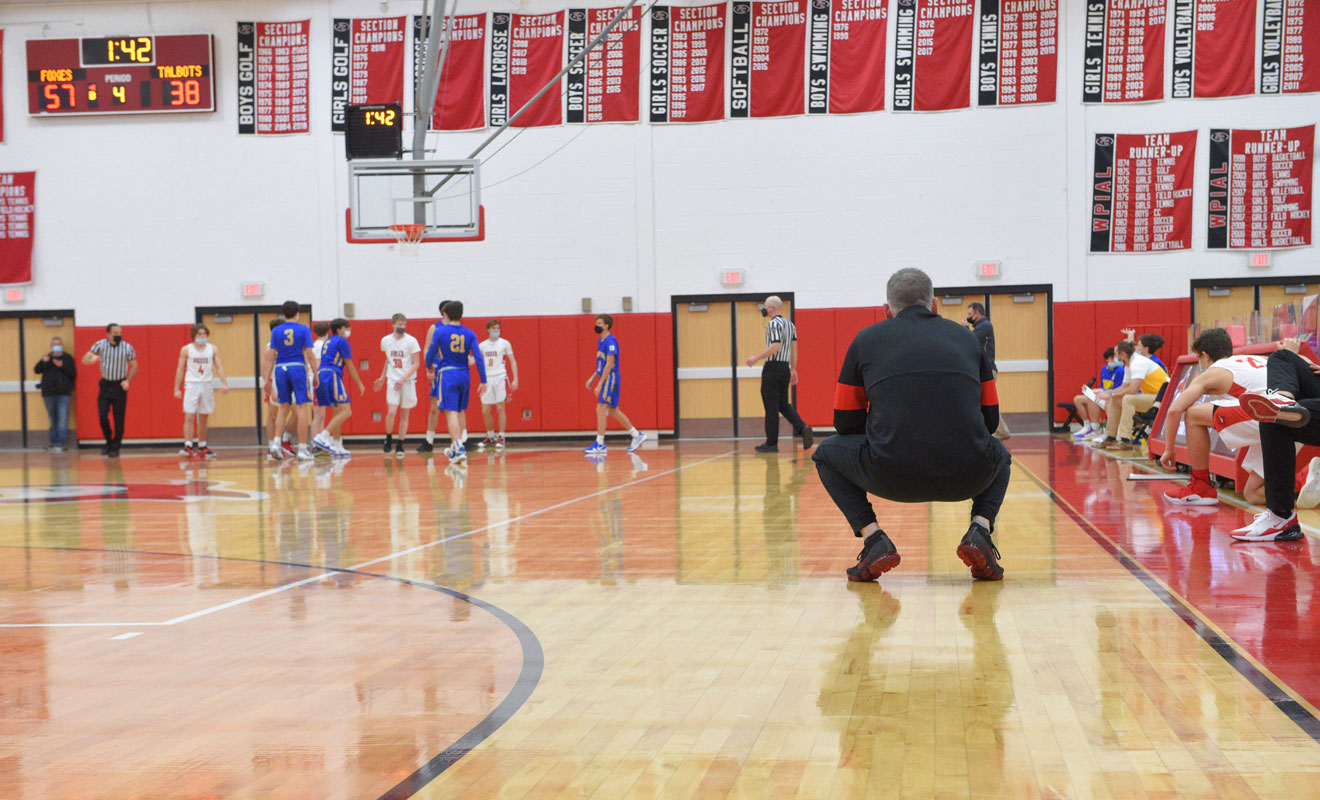 Fox Chapel boys basketball coach Zach Skrinjar looks at summer team camps as a good way to self scout and grow as a unit in a more relaxed environment compared to the grind of a WPIAL basketball season.

Winning is always good too, no matter where the ball is being tipped or what’s at stake.

Fox Chapel accomplished all of the above when they traveled to Morgantown in late June for West Virginia’s team camp.

The Foxes went 8-0 and won the championship.

“We were fortunate enough to have all of our top 10 guys who are going to be playing this year. It was nice to get away,” Skrinjar said. “Some of the parents came down for the Sunday (playoff) games. All of our coaches were able to make it. It was an overall good bonding experience to be able to get away and go down there and be successful.”

Along with the WVU team camp title, the Foxes were runners up in the Pittsburgh Basketball Club Summer League, losing to North Hills, 64-56, in the 4A-6A final. They finished with a 19-2 record for the summer between WVU and the PBC.

At WVU, Fox Chapel played teams from Columbus, Cincinnati, New York, Philadelphia and West Virginia during the week-long camp. They finished with a 5-0 record in pool play and won three games Sunday to take the championship.

It was a productive week for the Foxes both on and off the court.

“It’s nice for the players to see the coaches in a different light, because we’re a little more laid back,” Skrinjar said. “We’re not really focusing on other teams’ sets or personnel as much as we’re trying to focus on what we do defensively and offensively. We did some end-of-game sets a lot earlier in the game because we were playing teams that aren’t as familiar with what we do.

“Those are some fun plays to run because they are usually designed to get a quick shot. It was cool for the players to run those a little earlier than what we would typically do in a WPIAL season. It allows for us to have moments to look back on when we’re in a certain situation in season.”

The Foxes carried the momentum from WVU into the PBC playoffs, where they defeated Baldwin in the first round, Penn Hills in the quarterfinals and Quaker Valley in the semifinals.

The semifinal win was one that Skrinjar singled out as a huge positive because the Foxes played without three returning starters. JP Dockey and Russell Fenton were unable to attend because they were on college visits and Eli Yofan missed the second half due to a cramping issue.

“It was a great experience for us to be in a situation where we were missing our top guys,” Skrinjar said. “We rallied from down 14 points to come back and win. That showed me something of our young guys. They took on the burden, and it gave them a lot of confidence going forward. I don’t know if these guys do that if we don’t have the West Virginia experience. Probably my favorite thing of the summer was seeing some of those guys step up when some of our experienced guys weren’t there.”

Even though the Foxes lost in the PBC summer league final, Skrinjar felt it was a good experience because of how the flow of the game was similar to a WPIAL regular season or playoff game.

“From the tip, fans, players and coaches were getting more into it,” Skrinjar said. “Any time you play for a championship, the competitor comes out in everyone. It was an intense atmosphere, and I think everyone that was there would say the same thing. Those are the types of situations that you can’t replicate in a practice.”