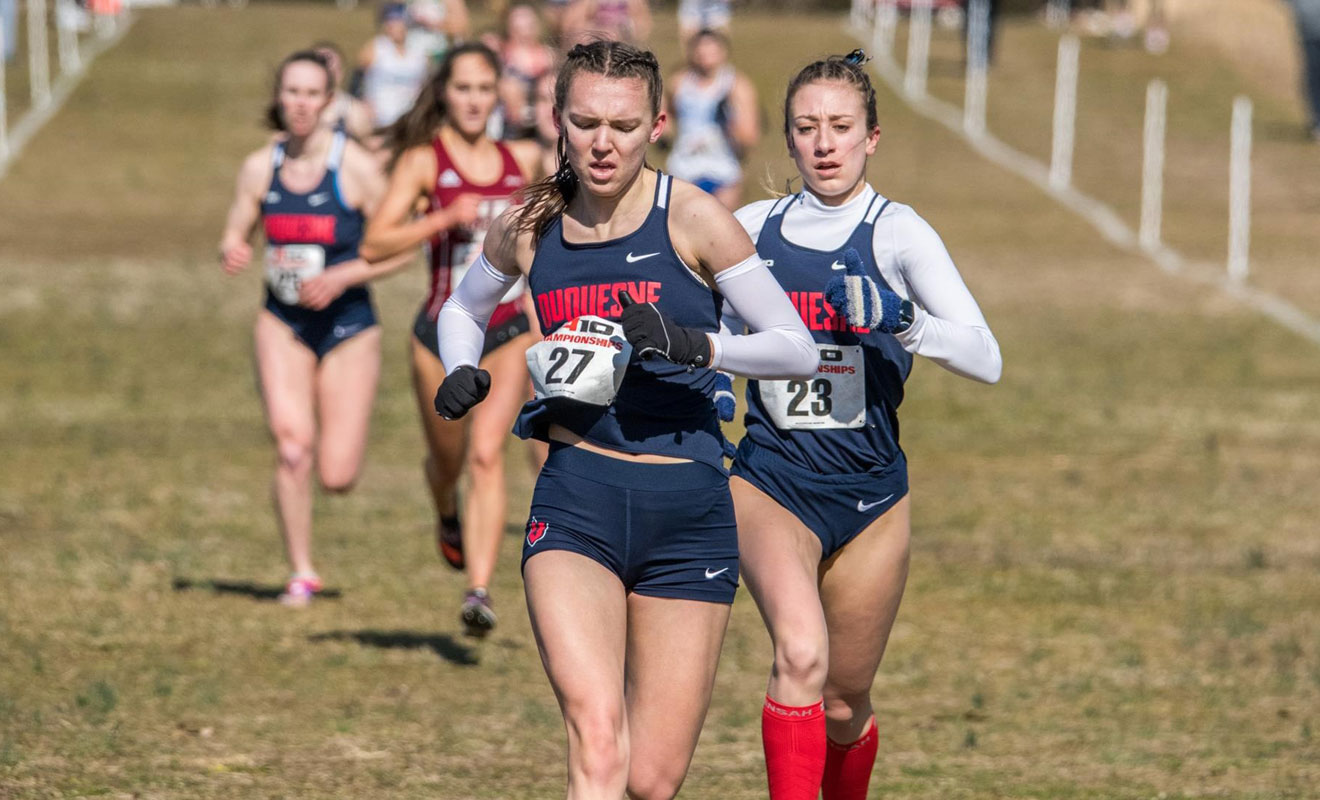 The Academic All-Conference teams comprise six student-athletes who were selected based on their performance on the trails, as well as in the classroom. To be nominated, runners must have a GPA of 3.0 or better (on a 4.0 scale) for their entire academic career. The teams were selected through voting conducted by the league’s Sports Information Directors.

The All-Rookie teams consist of the top seven men’s and women’s freshman finishers at the 2020-21 A-10 Cross Country Championships.

Both Schwartz and Sisson led the Dukes to a A-10 women’s cross country title earlier this spring and helped Duquesne finish the season ranked a program-best fifth in the USTFCCCA Mid-Atlantic Regional Rankings.

Schwartz has posted a 4.00 cumulative grade point average as a graduate student studying Corporate Communications. She earned all-conference honors with a seventh-place finish to pace the Dukes at the 2021 A-10 Championship.

Sisson finished second among rookie runners at the 2021 A-10 Championship with a 20th-place finish for Duquesne en route to capturing the conference crown.