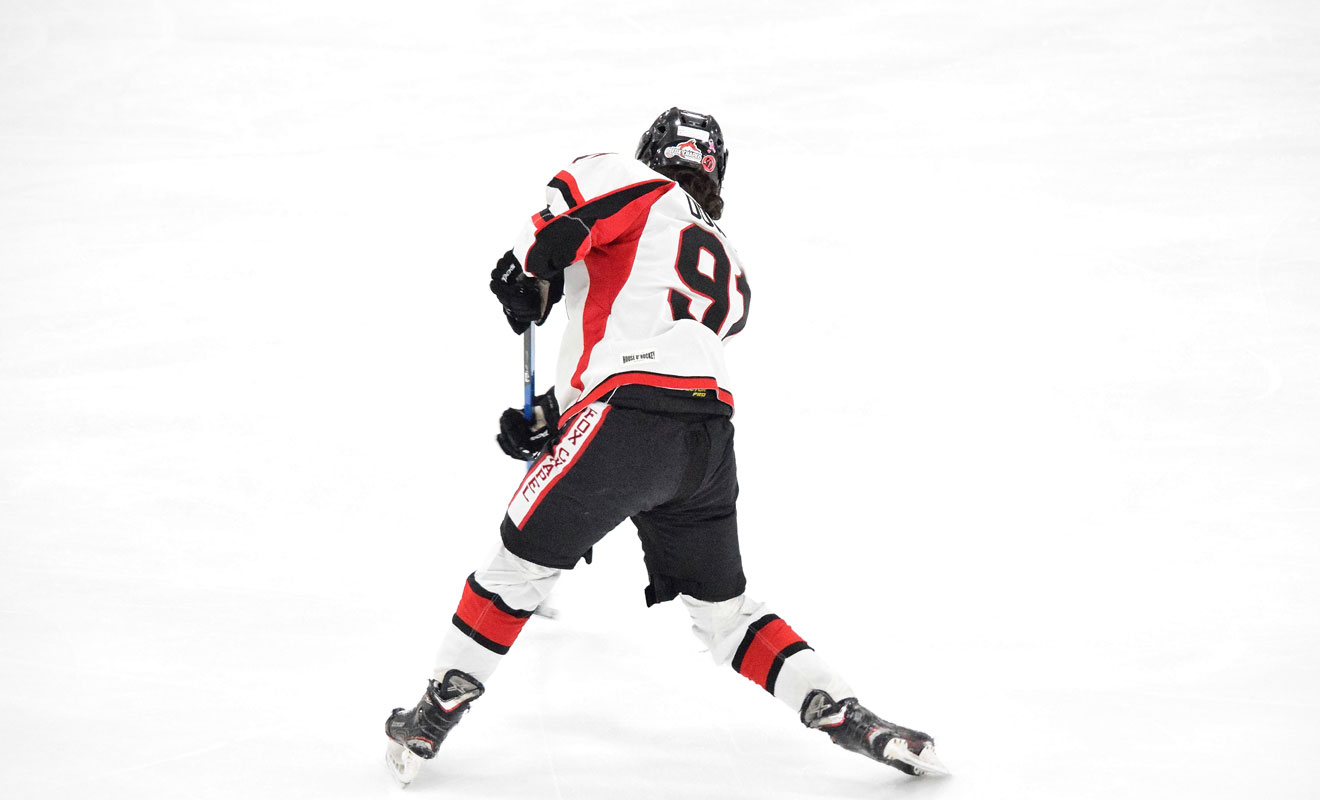 Then, in a flash, the pair of sophomore forwards connected for some playoff magic.

Thomas delivered a pass to Cavallaro, who fired his second goal of the game into the back of the net 2 minutes and 9 seconds into overtime to lift No. 4 seed Norwin to a 5-4 victory over No. 1 Fox Chapel in a PIHL Class A semifinal Wednesday night at Robert Morris University Island Sports Center.

“I saw Alex, and I knew he was going to get it to me,” Cavallaro said. “He made an amazing play.”

Cavallaro and Thomas each had two goals, and Thomas added two assists for Norwin, which handed Fox Chapel (19-0-2) both of its losses this season.

“We had a lot of confidence going into OT,” said Thomas, who sent the game to overtime with a goal with 8:22 left in regulation.

Norwin rallied in the third period to upset the Foxes, 6-5, late in the regular season.

This time, Fox Chapel rallied but could not get over the final hurdle.

The Knights led 3-1 in the rematch before the Foxes came back to tie it 3-3 in the third period.

“We have had great chemistry from our second line all year,” Norwin coach Mike Robinson said. “It was no different than three weeks ago. That was two sophomores playing in this big stage.”

Senior William McNamara had a goal and an assist, and senior Gavin Gebhart had three helpers.

“Norwin is three lines deep, they play solid defense and they play for one another,” Fox Chapel coach Cam Raidna said. “They’re relentless. Tonight, they won more one-on-one battles than we did.”

Norwin opened the scoring at the 7:52 mark of the first period when senior Robbie Chappell flicked in a shot in close — from freshman Cade Zeravica.

But the Foxes quickly responded about a minute later on a slap shot by junior Mason Heininger at 6:44.

It was 2-1, Knights, after Thomas connected on a wrist-shot from the left-wing circle at 1:27 of the first.

Situated between the circles, Cavallaro fired a shot past goaltender Nash Wedner to give Norwin a 3-1 advantage.

The Foxes cut the deficit to two just before intermission when McNamara took a feed from Gebhart and scored past sophomore goaltender Owen Burmeister, who finished with 30 saves.

Early in the third, the Foxes tied it 3-3. Freshman Tyler Goldstein’s wrist-shot from the point zipped by Burmeister for a power-play goal.

Thomas then made a nifty move in front and scored his second goal with 8:22 to go. The 4-4 tie held up until the end of regulation.