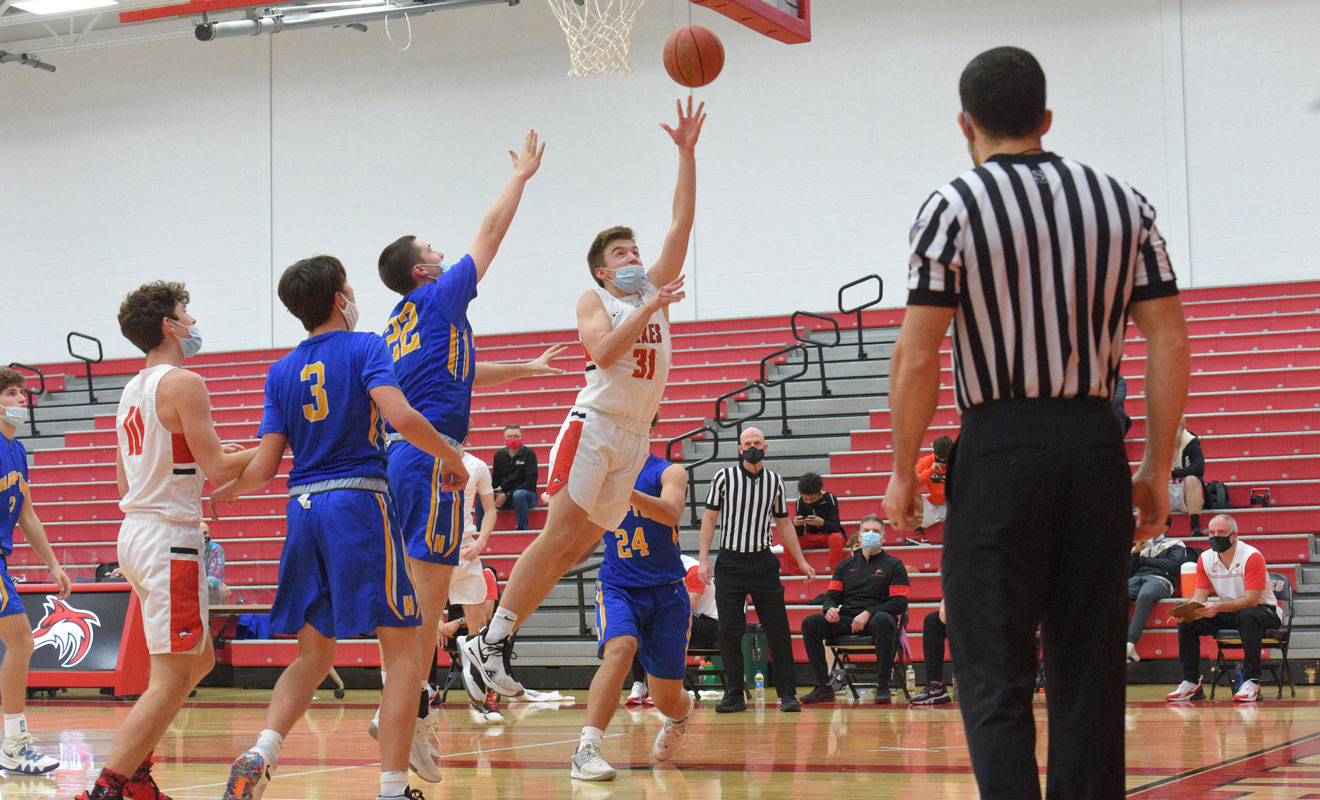 A strong second quarter by Eli Yofan, one of the WPIAL’s leading scorers, propelled Fox Chapel to a key Section 3-6A home victory over Central Catholic.

Yofan had 27 points, 20 in the first half, as the Foxes rolled to a 15-point halftime advantage. The 6-foot-2 junior, averaging 22.2 per game, also contributed seven rebounds and six assists.

Dante DePante had 19 to lead the Vikings.

“Every game’s important, especially defending your home court,” Foxes coach Zach Skrinjar said. “We talked to our guys about finishing off the Friday night, taking momentum from the first time we played them.”

The Foxes won earlier this season, 54-44, making it the first time in seven seasons that Fox Chapel swept the season series from the Vikings. Before the season, Central Catholic had won five of the past six games against the Foxes, including a 42-34 victory in last year’s WPIAL playoffs.

Fox Chapel jumped out to a quick 5-0 lead, but DePante’s 3-pointer tied the game at 7-all.

Less than a minute later, Yofan canned a 3-pointer to give the Foxes the lead for good, 10-7.

Yofan then took over, scoring 14 points in the second period as Fox Chapel expanded its lead to 32-15 on Yofan’s fourth 3-pointer of the half with 3 minutes, 44 seconds left.

Late in the half, Yofan grabbed a loose ball in the forecourt and had the instinct to toss the ball behind his head and into the hands of Kent Baldauf to escape a double-team.

Another sequence where Yofan showed quality basketball instincts was just before the second period buzzer. After a missed shot went out of bounds, the officials ruled there were 0.8 seconds left. Yofan took the inbounds pass and instantly got a wild shot off. He was fouled in the act of shooting and made 1 of 2 as the Foxes ended the half with a 38-23 advantage.

“He’s not only a great player, but he’s unselfish,” Skrinjar said. “He trusts the other guys and knows to get them the basketball. He’s a stat-filler every night. Even when he’s not scoring, he’s found other ways to help us win.”

DePante had picked up his second foul during the second period, but coach Brian Urso couldn’t afford to take his top scorer out. Urso’s faith paid off as DePante was foul-free until the middle of the third period.

Matt Aulicino, a transfer from Freeport, had a solid third period for Central, scoring the first three baskets of the second half as the Vikings closed the gap to seven points, 44-37, on a basket by DePante with 1:48 left. Aulicino had 10 for the quarter.

Fox Chapel again scored a key basket as a quarter ended. Baldauf spotted Russell Fenton near the Foxes hoop, and the 6-foot-2 junior scored just before the buzzer to give Fox Chapel a 46-39 lead after three.

DePante’s 3-point basket in the first minute of the fourth quarter cut Central’s deficit to 46-42, but that was as close as the Vikings would get. Baldauf responded with a 3-pointer and Yofan another basket to put the Foxes back up by nine, 51-42.

Fenton finished with 13 points, picking up some of the scoring slack in the second half.

Junior guard Jacob DeMotte had 11 points, including a trio of 3-pointers.

Aulicino finished with 16 points and 14 rebounds while Anderson Cynkar collected 10 rebounds for the Vikings.

Urso declined to be interviewed after the game.