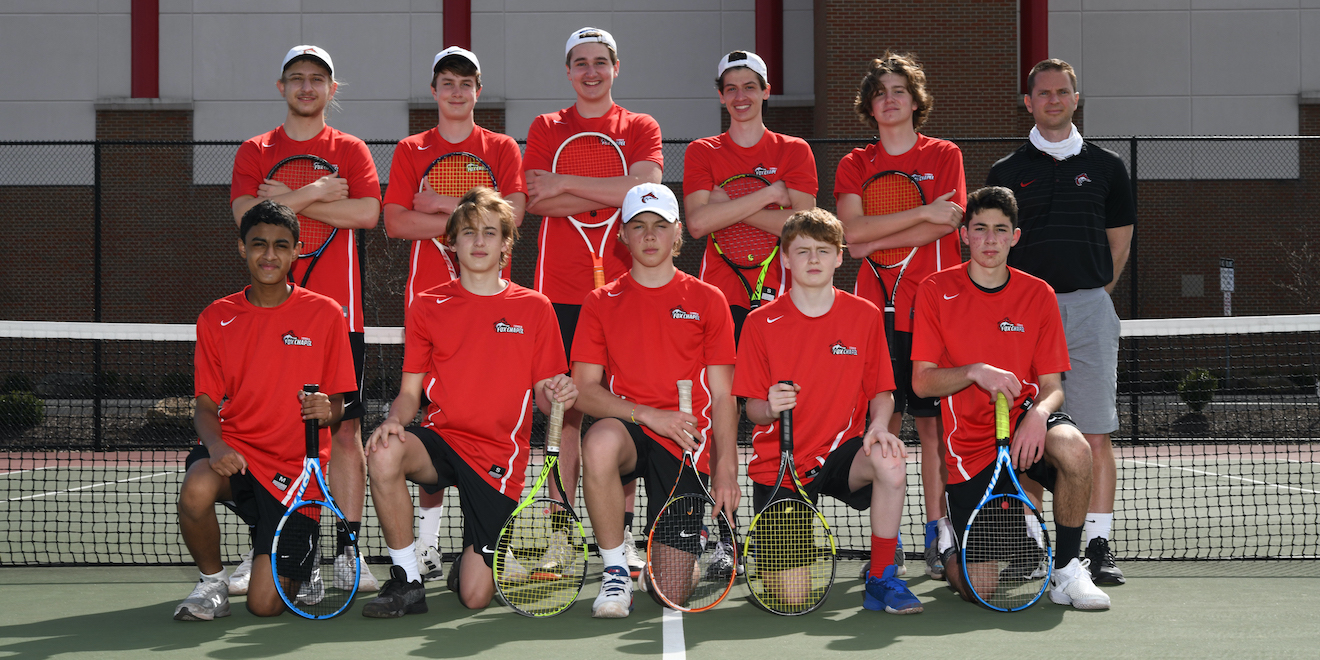 Leading up to last season, the Fox Chapel boys tennis team had put together a dominant run, winning four straight WPIAL team titles. But with a canceled season last year because of the coronavirus pandemic and an influx of new players, the Foxes have found themselves resetting in 2021.

With no returning starters in the lineup and just a few players who were on the last WPIAL championship team, coach Alex Slezak has been reestablishing the culture as the Foxes have gotten off to a hot start.

“The biggest challenge for me as a coach is because we lost last year, we lost leadership and we normally try to build the culture of the team first and go from there,” Slezak said. “It always helps when I have older kids who have been there before to set the expectation. It’s been a little tough because I’ve been trying to do it myself this year.”

So far through the season, the Foxes have been doing just fine. With wins over Pine Richland, Central Catholic, Plum, Shaler and Woodland Hills, the Foxes have started unbeaten, winning all five of their matchups 5-0.

For the most part, sophomore Cooper Friday and senior Zain Hassan have held down the No. 1 and No. 2 singles spot while Will Siegel and Will Ernharth have interchanged at No. 3 singles and No. 1 doubles. Ananth Kashyaphas also earned singles victories.

Travis Malone, Jack Delaney, Ben Hallman and Nate Fetting have all played at either No. 1 or No. 2 doubles and they’ve all had success.

“Our whole entire team has stepped up to fill roles because all of these kids are brand new to the starting lineup and they are all doing well, from the singles players to the doubles players,” Slezak said.

Although there may be somewhat of a leadership void, Slezak has been doing his best to teach his younger players how to operate when it comes to working hard, both in practice and in matches.

“I just look at it like ‘This how hard we work at practice and this is how hard we play in the match,’” Slezak said. “If we’ve done enough work and we deserve it, then winning takes care of itself. We just want to put ourselves in position to play to the best of our abilities.”

The winning part has come in strides. Friday is undefeated at No. 1 singles and has lost one game in Fox Chapel’s last three matches. He defeated Plum’s Jack Tongel, 6-0, 6-1, cruised by Shaler’s Will Nebiolo, 6-0, 6-0, and also defeated Ben Kefalos from Woodland Hills.

Hassan also has been dominant and has only dropped four games at No. 2 singles. Siegel played at No. 2 singles against Shaler on March 25 and won 6-0, 6-0 over Cole Pawlak. The Foxes lost just two games throughout the entire match.

Even though they are having success, Slezak said they are still making adjustments so when the time comes, they have their strongest lineup ready to go.

“We are still figuring some stuff out, and it’s still a little early in the season,” he said, “but we’ll be ready the best we can to put our best lineup together for the playoffs.”