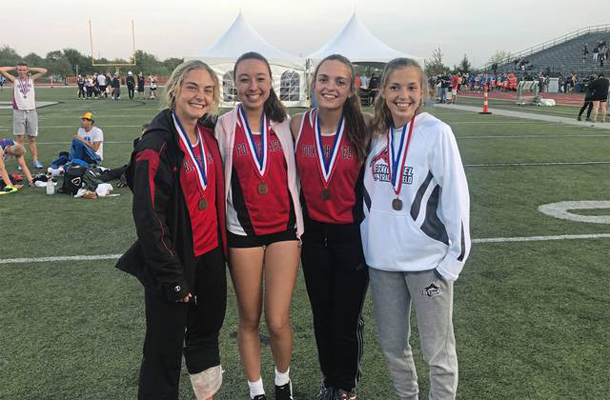 In terms of qualifiers for the WPIAL and PIAA track and field championships, it was a satisfying year for the Fox Chapel track team.

“I was happy with the number of WPIAL qualifiers we had,” FC coach Tom Moul said. “It was more than we’ve ever had. We also had a good number making states, as well. We had one relay team and four individuals go to states.”

“We also have lots of young freshman and sophomores who performed well and earned letters,” Moul said. “They will hopefully be even better next year.”

The pleasant surprises were plentiful this season.

“The throwers had a very good year with three girls — Eras Yager, Yezzie Chaudry and Jing McCann — making it to the WPIALs,” Moul said. “Our girls (3,200-meter relay) finishing third at WPIALs was such a great achievement, especially since we didn’t really have any true 800 runners on that team. It was three distance kids and one sprinter who reached down and pulled out some great races.

“It was a good season, and we had a lot of fun. We’ll be losing some great kids, but we’re looking forward to next spring.”