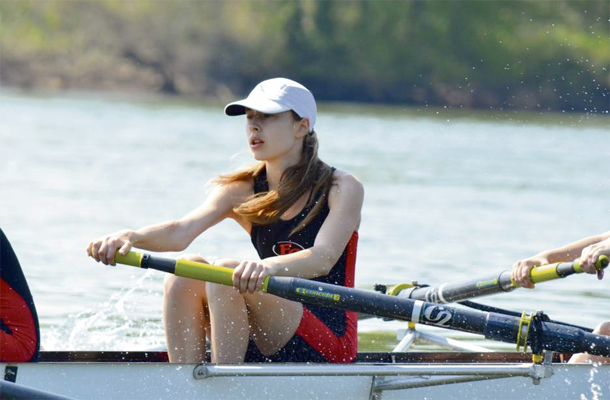 Fox Chapel senior Helen Paulini thought about others as she applied for a berth on the 2017-18 USRowing Scholastic Honor Roll.

Paulini, a member of the Fox Chapel Crew, was on the prestigious list that was announced Oct. 13.

“My coaches, Dr. Mark Bellinger and Katie McCarthy, are super supportive and encouraging to all of us on the team,” said Paulini, 17, of Fox Chapel. “In many ways, this spot is a thank you to them for the countless hours they give to making us a great team.”

Paulini was one of 34 named to the honor roll. Thirty-nine made honorable mention.

Started in 1992, the program this year received 114 nominations from athletes representing 62 clubs and school programs across the United States.

The honor roll rewards seniors who have excelled in academics and rowing. Applicants must be USRowing members, have rowed or coxed at least one year and successfully competed at or above the league or regional level.

Paulini, who has competed for the Foxes since she was a freshman, made the finals as part of a women’s lightweight four in the Midwest Scholastic Championship regatta the past two seasons.

She said she was honored to be recognized among talented and academically successful rowers across the country.

Paulini plans to focus on STEM subjects, plus the humanities, in college. She said she would love to row, possibly as a walk-on, depending on the school she attends.

Bellinger, the Foxes’ coach, said the team has had at least one member on the honor roll for many years.

He said Paulini stands out as a leader and an extremely coachable athlete.

“She is always cheerful, supportive of others, ready to learn, ready to pitch in and is a joy to coach,” he said.

Emily Arnold-Mages, a member of the Three Rivers Junior Rowing team on Washington’s Landing, made the honor roll. A student at the Pennsylvania Cyber Charter School, she lives on Pittsburgh’s South Side.