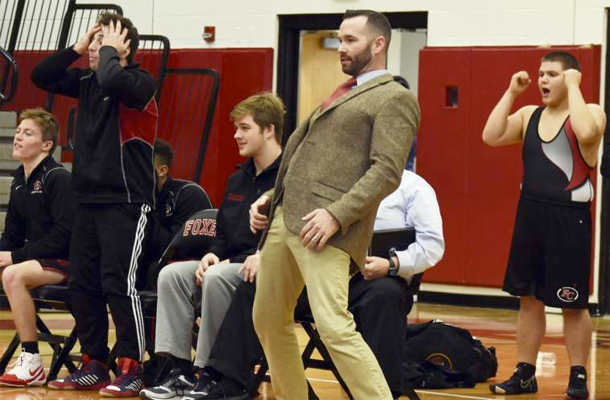 The Fox Chapel wrestling team dropped to 1-3 in Class AAA, Section 3B last week after a 44-33 loss to Indiana.

Fox Chapel’s girls basketball team went up against Cardinal Wuerl North Catholic in the opening round of the Shaler tournament Dec. 29 and suffered a 49-33 loss. They played Vincentian on Dec. 30 and fell 35-34. Megan Friday led the Foxes with 13 points and 14 rebounds in the Vincentian game.

“We got off to a strong start against North Catholic,” FC coach Jenn O’Shea said. “We went up 10-0, but then we couldn’t score. I thought we did pretty well defensively. Against Vincentian, we were down 26-9 in the third quarter but came back to take a one-point lead, but we couldn’t close it out. We’ve played a tough schedule, and we’re getting better.”

The Foxes took a step in the right direction Jan. 2 with a 69-38 win at Plum The Foxes, who were led by 20 points from Sarah Sheerer, raced to a 40-18 halftime lead. Fox Chapel played at McKeesport on Jan. 3 and picked up another nonsection win, 58-41. Krystyna Burdelski led the way for the Foxes with 12 points.

Fox Chapel boys basketball played McKeesport in a nonsection matchup Jan. 3 and posted a 66-53 win. The Foxes outscored the Tigers 23-10 in the second quarter to open up a double-digit lead. Ben Kelly and Dom McGriff each scored 18 points to pace the Foxes.

They returned home to host Norwin in a Section 3-6A game Friday. The Foxes used a 24-10 run in the second quarter to post a 54-38 win. Carson Cohen led all scorers with 19 points while Kelly scored 18.

“We played a very good first half and knocked down some big shots which kept us going,” FC coach Zach Skrinjar said. “Our defense also improved as the game went on, and when our shots weren’t falling, we leaned on our defense to carry us. When you can hold a team under 40 points, that’s usually a good indicator to playing good team defense, and we have been improving on defense in the last two weeks.”

The Foxes entered the week 8-3 overall and 2-2 in section play.

Fox Chapel swimming swept McKeesport on Jan. 4, with the girls winning 75-45 and the boys recording a 75-42 victory.