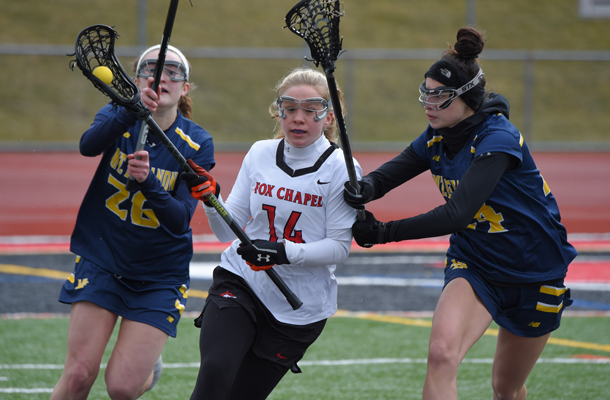 The Fox Chapel girls lacrosse team will be under the guidance of new coach Rebecca Hartrum this spring. She takes over a team that posted a 12-2 mark last year.

“We lost a few impact players to graduation but return 10 players and a lot of experience,” Hartrum said.

“The strong leadership from the senior class will be one of our strengths this season,” Hartrum said. “Plus, we are returning all of our veteran defenders. We also have huge scoring threats in Sloan Rost and Mary Ellis. My concerns right now are depth from the bench and transitions.

“This team has a new buzz, and there’s a lot of excitement. They have high expectations of performing well in a very competitive section.”