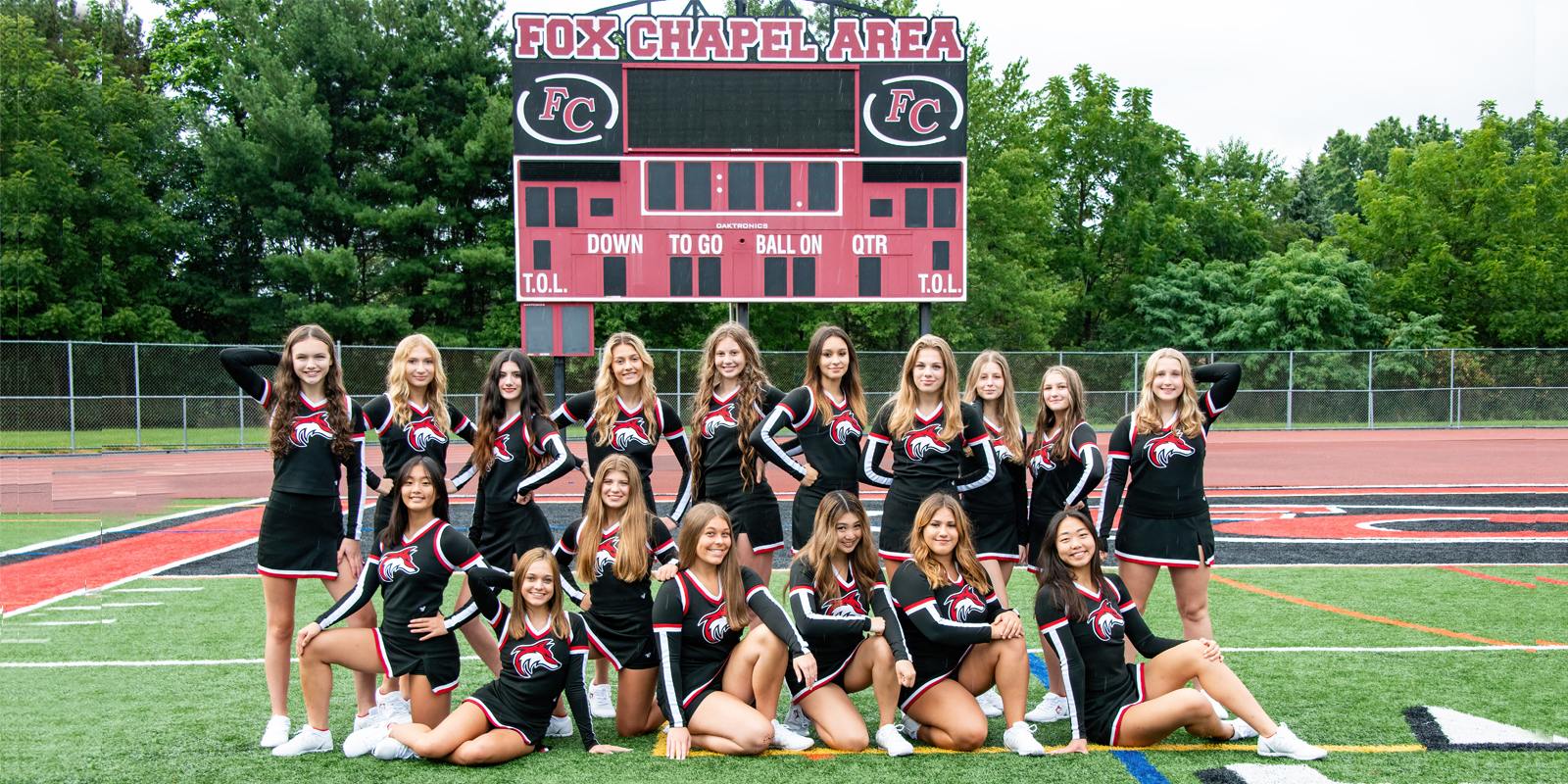 Question: What have you done over the summer to bring the squad’s performances to an even higher level this year?
Answer: During camp, we brought back an instructor from the Universal Cheerleaders Association (UCA). We have used them in previous years, and this year we focused on teaching more advanced stunting. They taught the girls some new cheers and sideline dances, as well as a fun hip-hop dance. The girls really liked that and are hoping to perform that during basketball season.

Q: Between your new members and the returning cheerleaders, where do you see the squad’s strongest areas of improvement?
A: We are very excited that this year we currently have five girls who can tumble (both running and standing tumbling) and two more who are almost there. This is compared to three last year. Each of the girls has expressed an interest in learning, so we have been working on that. We have a young team, with only one returning flyer, and she is a big help when it comes to teaching and working with the new girls.

Q: What new stunts can we expect to see as compared to last year?
A: We are working on more advanced and elite stunts, as well as more pyramids for the sidelines.

Q: What have been your thoughts as you have watched this new group of cheerleaders practice over the summer?
A: I think we have a great group of girls! They have worked so hard over the summer, and they seem to work very well together. I am really looking forward to seeing what this team can do.

Q: One last question. With the popularity of Netflix’ “Cheer” series (a docuseries covering a competitive college cheer squad), are the girls watching it and getting new ideas?
A: The girls, and even us as coaches, have watched both seasons. It has been a topic of conversation quite a few times. I know that there was even a girl or two who went to see Cheer Live when they came to Pittsburgh.