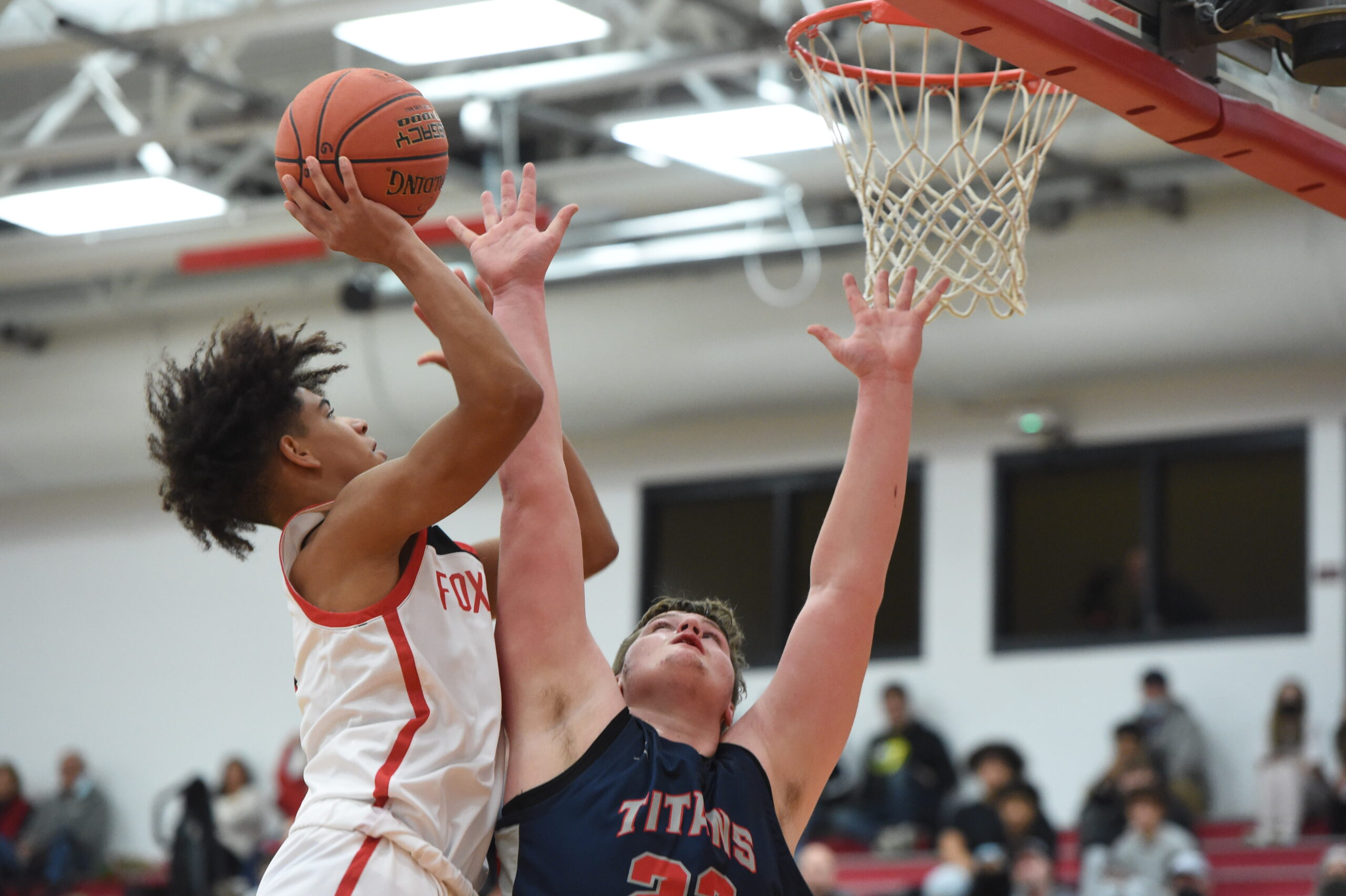 After Central Catholic dominated the boards for much of the night, Fox Chapel sophomore Jeff Moorefield-Brown came up with two big rebounds of his own.

The two plays in the final minute of the game turned into big baskets for the Foxes as they pulled out a 37-32 victory over Central Catholic in a WPIAL Class 6A semifinal Tuesday night before a huge crowd at Peters Township’s AHN Arena.

Central Catholic led most of the second half, but with 40 seconds to go, Fox Chapel’s Colin Kwiatkowski missed a free throw and 6-foot-2 Moorefield-Brown grabbed the rebound from 6-7 Debaba Tshiebwe and passed it back to Kwiakowski, who scored to cut the Vikings lead to 32-31.

Russell Fenton stole the ball on the inbounds play, and Eli Yofan was fouled. Yofan’s first free throw was good to tie the score. Yofan missed the second free throw, and Moorefield-Brown was there for the rebound and a basket of his own to give Fox Chapel a 34-32 lead.

Central Catholic had a chance to tie it, but an errant pass to the left of the Vikings’ hoop gave Fox Chapel possession with 9.1 seconds to go.

A long, downcourt pass to Yofan resulted in a basket and free throw to end the scoring.

“I just wanted to make those plays for the team,” Moorefield-Brown said. “It was an amazing game. It came at a big point, and I was able to get it done.”

Fox Chapel (23-1) will try for its first WPIAL title since 1977 Saturday at 7 p.m. at Petersen Events Center against North Hills. The Indians, the only team to beat the Foxes this season on the second night of the campaign, defeated Mt. Lebanon, 48-36, in the other semifinal.

“We just really talked about keep doing what we were doing,” said Foxes coach Zach Skrinjar. “Keep rebounding, It felt like we never got a break, then a couple went our way at the end. We were in a fight the whole game. It felt like every time we had a chance to take the lead, we’d come up lame on the opportunity. We made some big plays in the end.”

Tshiebwe had 11 points and 19 rebounds for Central Catholic, including seven in the fourth quarter.

Fox Chapel had a 15-10 lead early in the second quarter, the biggest advantage either team had all night. But Tshiebwe went to work there, scoring nine consecutive points for the Vikings to give them a 21-20 lead at halftime.

The Vikings committed five turnovers early in the second half, but Fox Chapel couldn’t take advantage, scoring just a couple of points.

Fox Chapel never had the lead in the second half until Moorefield-Brown’s big hoop in the final minute.

It will be the first trip to the finals for the Foxes since 1998, when they lost to New Castle.

Central Catholic also will be in the PIAA playoffs.