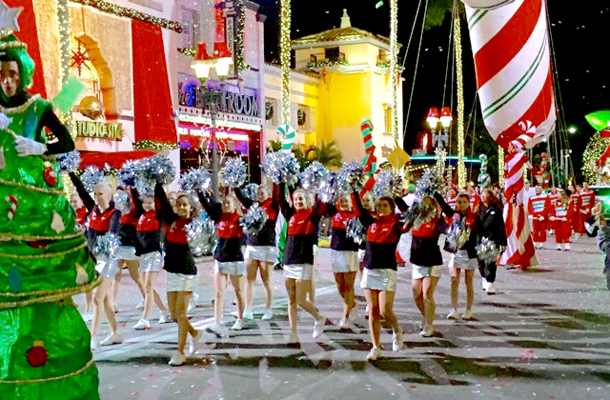 The Fox Chapel Area High School cheerleading squad headed South over winter break to perform at the Russell Athletic Bowl (formerly Blockbuster Bowl) on December 28, 2016, in Orlando, Florida. The squad participated in a dance routine during halftime ceremonies at the nationally televised game between West Virginia University and the University of Miami, and then on December 30 marched in the Macy’s Holiday Parade™ at Universal Studios. The girls paid their own way to the festivities by holding numerous fundraisers and through the generosity of sponsors.