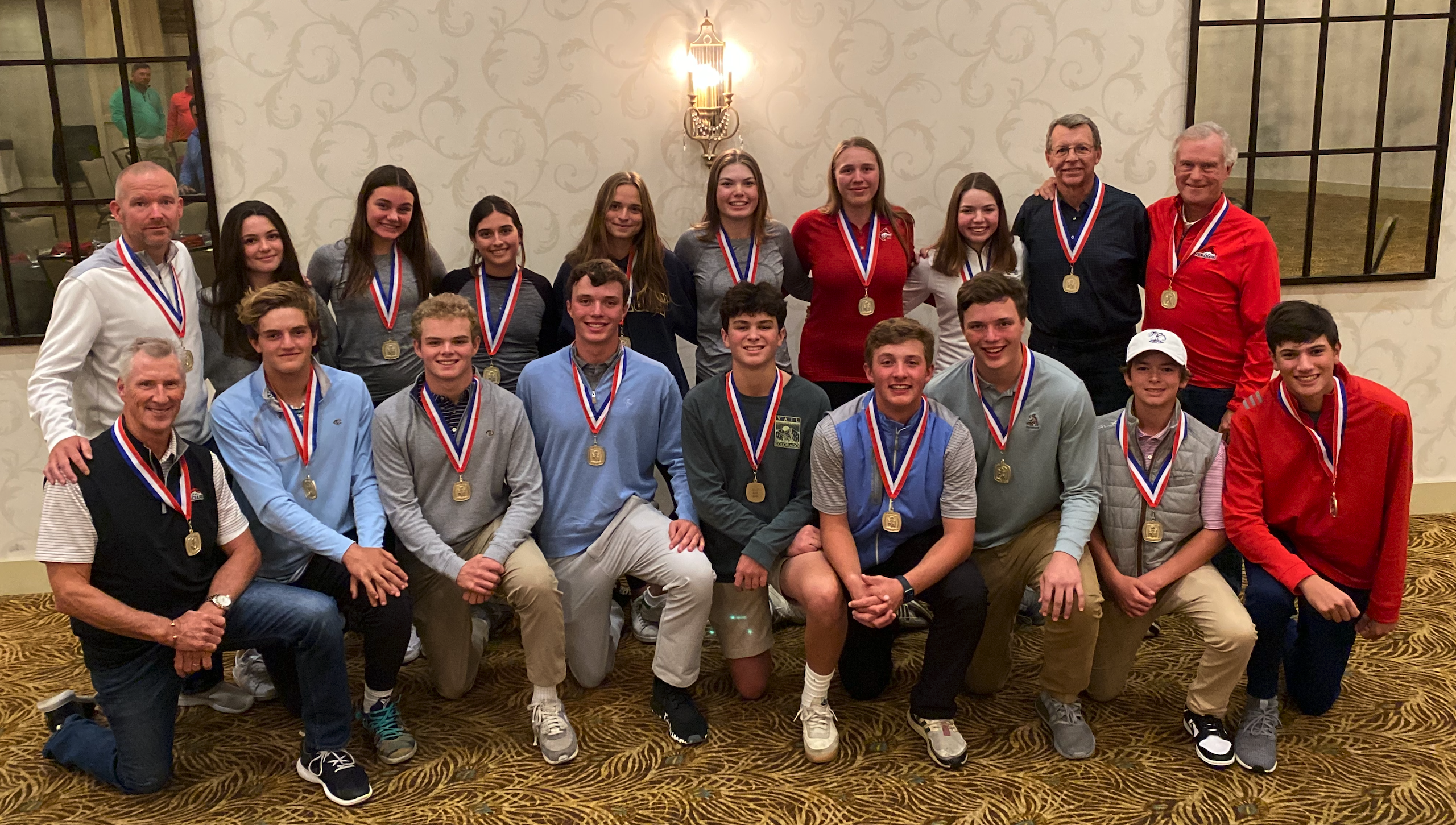 While neither the Fox Chapel Area boys golf team nor girls golf team came home with the PIAA Class 3A championship on Monday, they both finished in the top three in the state tournament.

The boys team finished the round of 18 holes at Heritage Hills Resort in York in a tie with State College Area High School for the lead at +8 but ultimately fell short in a playoff to become PIAA runner-up.

The Foxes were led by sophomore Davey Fuhrer, who shot a 70. Rounding out the foursome for the Foxes were seniors Owen Delaney (72), Eli Yofan (75), and Max Johnson (75). Zach Paper (75) also competed for the Foxes.

The low scorer for the girls was senior Nina Busch, who turned in a 76, followed by seniors Grace Rygelski (82) and Erin Drahnak (84).  Also competing for the Foxes were Baylin Bitar (85) and Baustin Bitar (100) also competed for Fox Chapel Area.