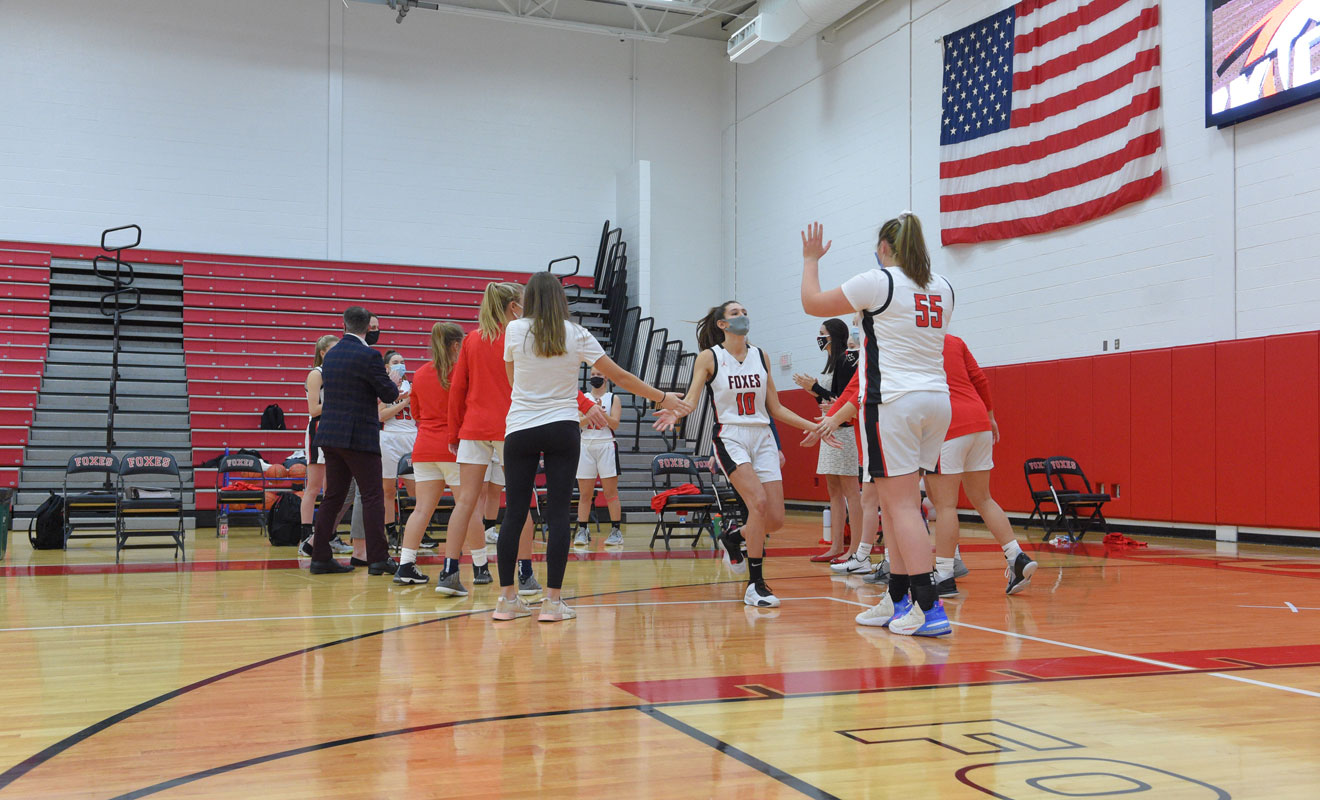 All nine of the Foxes’ points over the final eight minutes came on free throws. It was enough to produce a 39-34 victory over the Indians and send them to the quarterfinals and a date Monday with No. 1 Trinity.

“The girls were a little nervous coming in,” Fox Chapel coach Marty Matvey said. “They don’t have a ton of playoff experience. We as a coaching staff told the girls they could lean on us. We’ve played and coached in games like these.

“For the past week, we had been preparing for Penn Hills and this moment. We wanted them to think about all they accomplished, from starting 1-5 to winning nine out of the next 11 or winning six games when they were down by 15 points or more. We wanted them to go into the game with a lot of confidence because they had faced so much this season already, and they’ve been successful. We gave ourselves a chance, and when Penn Hills hit, we continued to hit back.”

Fox Chapel (12-7) led by double digits in the third quarter but had to hold off a Penn Hills rally down the stretch.

The No. 9 Indians (10-8) trailed 30-23 heading into the fourth quarter but used an 8-0 run to open the frame to take the lead. Amoni Blackwell sank 1 of 2 from the line with a little more than six minutes left to put Penn Hills ahead 31-30.

But Domenica Delaney, who joined Elsie Smith in leading No. 8 Fox Chapel with 11 points, answered with four straight from the line to give the hosts the lead for good.

Delaney was 7 of 8 from the charity stripe in the fourth quarter as Fox Chapel was 9 of 16.

“We were ready for this type of close game,” Smith said. “We got in a lot of practice time and were prepared. We knew they could make a run. They are a good team, and they’re never going to give up. We just had to stay calm and trust each other.”

Delaney converted twice from the line with 41 seconds left to make it a two possession game. Penn Hills had two more possessions, but it turned the ball over on one and a missed shot attempt on the other was corralled by Foxes freshman Sarah Slember.

Jasmyn Golden, a senior, led Penn Hills with 11 points. Eight of them came in the second half.

“These girls worked their butts off in the offseason, all year round really,” Penn Hills coach Robert Cash said. “They’re always in the gym working to get better. They gave me all they had, and I couldn’t ask for more from them, especially the seniors.”

Fox Chapel senior Ellie Schwartzman, who averages a double-double, was limited to just two points, but she pulled down 14 rebounds.

The Foxes helped their fortunes with a dominant second quarter which saw them outscore the Indians 15-2. Smith scored eight of her 11 and nailed two from 3-point range during the quarter.