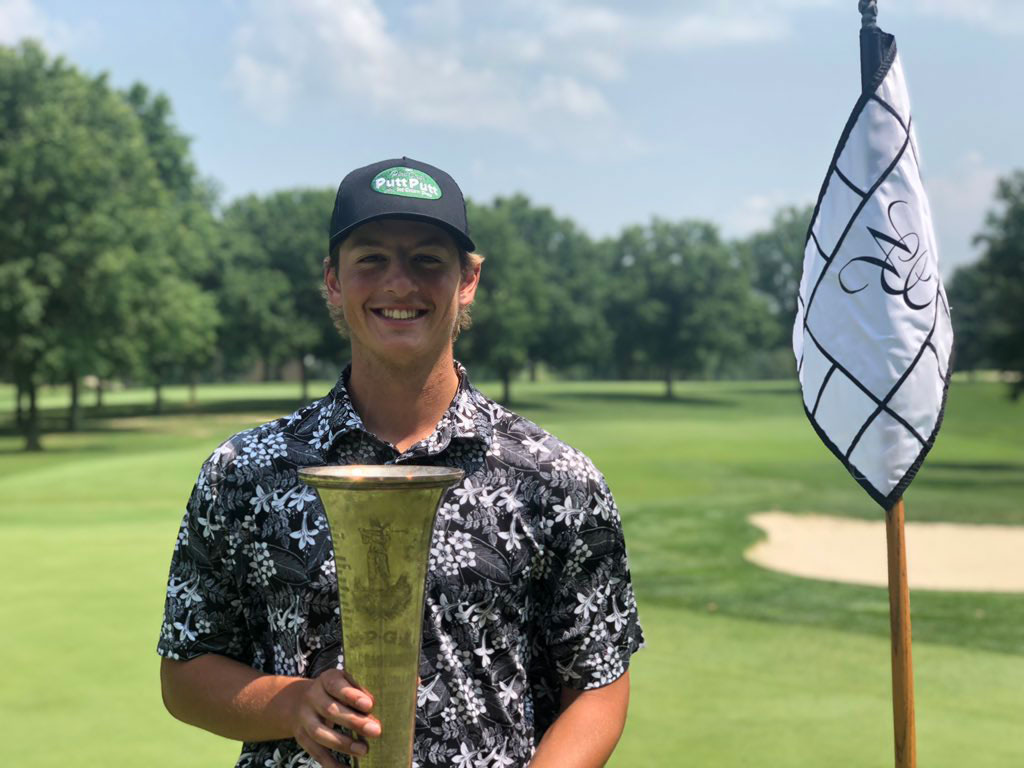 Meyer fired all three rounds of the tournament in red numbers and finished at seven-under with a 206 after an opening-round 68, followed by a pair of 69s.

He started the tournament with birdies on both of the par-3s on the front to make the turn at -2. He then picked up back-to-back birds on 13 and 14 to get to four-under before dropping a stroke on the final par-3 of the round, 15. Meyer dropped another stroke with a bogey on 17 but rebounded well and finished the round with a birdie on 18 to end the day three-under. That put him in second place by three strokes after the opening 18, but as the lowest amateur – of which there were 51 in the field of 77.

An eventful start to the second round saw Meyer card three birdies, three pars, and three bogeys to head to the back nine even on the day. He settled in nicely in the final nine and picked up birdies on holes 14 and 18 for the second round in a row for his 69 to safely make the cut at -5. He remained in second place entering the final round of action, but this time trailed by four shots heading into Wednesday’s third round (July 21).

The third round didn’t start the way Meyer wanted as three straight bogeys to start the day put him back to just two-under for the tournament. A birdie on hole four flipped the script for the Pittsburgh native and he picked up four more and kept the bogeys off the card to surge from behind for the victory. His second birdie of the round came on the seventh hole and he saved his best nine holes of golf in the championship for the final nine with a 32 on the back.

Meyer birdied the 12th to get back to even on the day and put a red-3 on the card at 17 to move into a tie for the top spot heading into the final hole, and a hole he had already birdied twice in the week. His second shot missed the green, setting up an opportunity to get up and down for a share of the lead. Meyer didn’t have a tie on his mind; however, and chipped in for his third birdie on 18 of the tournament and the solo victory by one shot at -7.