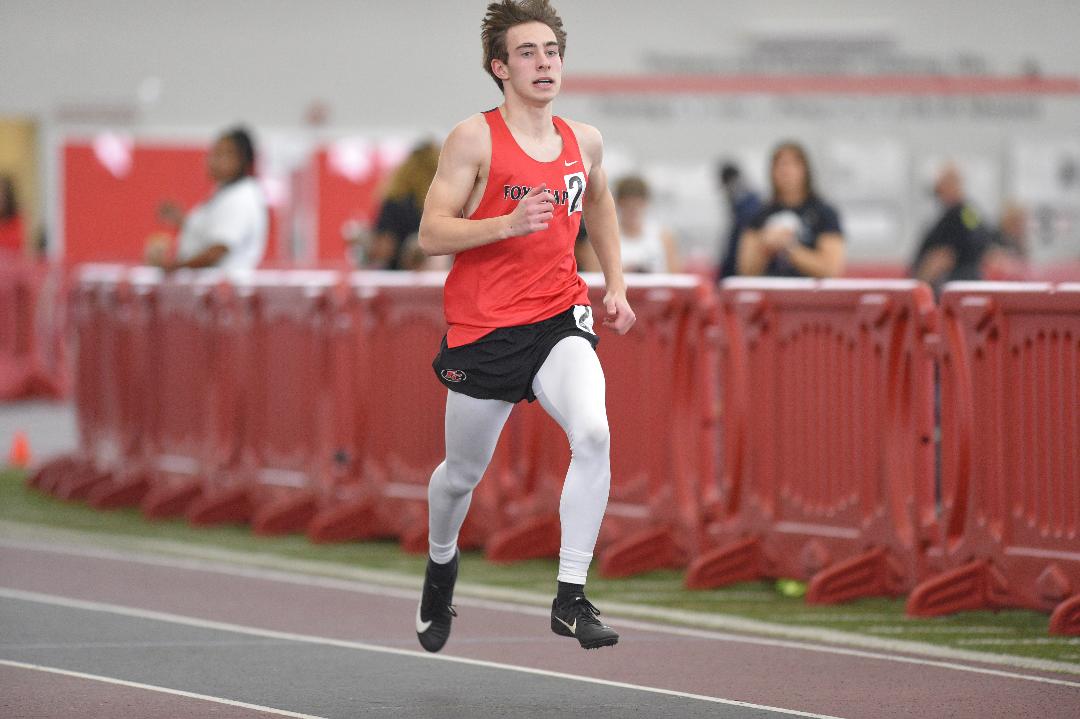 The indoor track season is pretty much complete, and the Fox Chapel coach is giving his team high marks.

Through Fox Chapel didn’t have any first-place finishers at the Tri-State Track Coaches Association meet at Edinboro, the team secured a number of medals.

“I was happy with the season from our standpoint,” Foxes coach Tom Moul said. “First of all, we were glad to have a season after last year, not having any meets. We had a good showing and we tied for the most number of medals we had, nine, since we started our indoor program. So I was pleased with that.”

For instance, sophomore Stephen Schrim placed sixth in the 400 meters with a time of 53.46 seconds. Sophomore Anna Troutman was fourth in the 60 hurdles and third in the high jump at 5 feet, 1 inch.

Last year’s season was wiped out with the covid crisis. All Fox Chapel could do was get in some practices — which is a challenge to the schools having indoor track in Western Pennsylvania.

“It’s always challenging in the wintertime,” Moul said. “The distance runners can be outside all year, as long as the road conditions aren’t prohibitive. If the track is covered with snow, we could use one of the driveways to put together a good, robust workout for the distance kids. But for the sprinters and jumpers, it’s difficult. You can do some hurdle practice indoors or do some strength and conditioning.”

Most all indoor participants will be part of the outdoor WPIAL season coming up in a few weeks.

One particular athlete who blossomed during the indoor season was Troutman, a first-year performer who was eligible for the statewide indoor meet at State College the last weekend of February.

Like any coach, Moul is looking for improvement during the indoor season that can translate to the outdoor effort.

“The distance training is year-round and the same,” he said. “For distance runners, we start our build-up in December and continue through March. We’re really building for the outdoor season, and use the indoor for a nice chance to compete. The sprinters and jumper are also building strength and working on technique. We do want to and should see improvements. My stated goal to the team is always to perform our best at the big meets.”

There were about 60 Fox Chapel students on the indoor team.

Now, Moul has a couple of weeks to catch his breath before the outdoor season starts.

Official practice begins March 7, leading up to the season’s opener March 31 at home against Pine-Richland.

Moul credits the help from his assistants, Justin Patterson and Sean Mawhinney, for the success of the indoor team over the winter, along with several other coaches who lend their specialties.