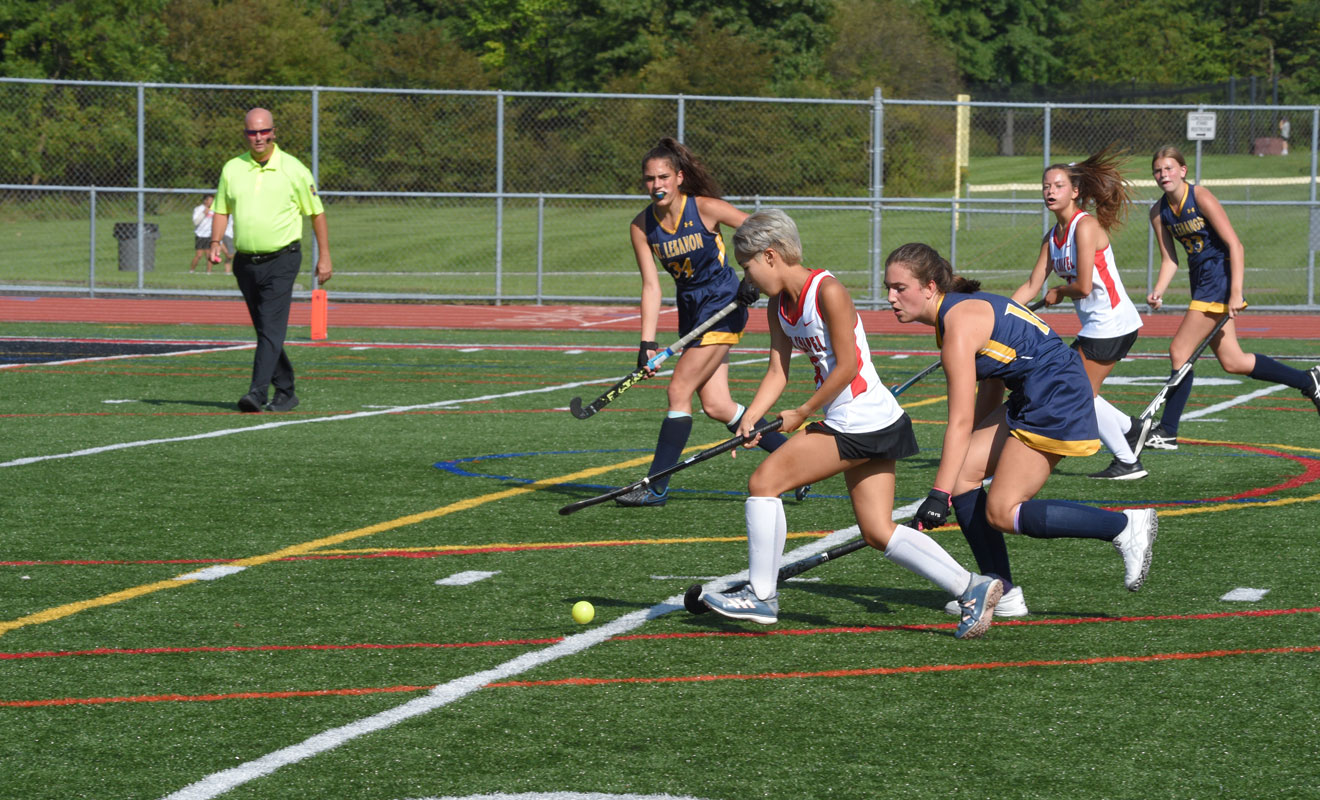 Since WPIAL field hockey moved to three classifications in 2016, Penn-Trafford has had a stranglehold on the 2A championship. That story didn’t change tonight at W&J’s Cameron Stadium on Saturday, as the Warriors defeated Fox Chapel 1-0 to capture their sixth consecutive title.

Penn-Trafford’s sensational sophomore Ava Hershberger scored the game’s only goal on a penalty corner with 2:49 left in the second quarter.

“We fixed some of our corner issues from the last couple of games,” said coach Cindy Dutt. “Ava was out this morning working on just getting her angle right. I was really thrilled that she was able to put that in.”

Hershberger, who was denied a minute earlier by Fox Chapel’s Mira Tramontina after a great aerial attempt, took the insert from Madison Keenan and fired a low hard shot inside the near post for her 39th goal of the season.

“I try to alternate (the shot attempts) because they know our corners really well,” Hershberger said. “The goalie made an amazing save on the first attempt.”

“If we don’t get the right insert (pass), we probably don’t get that one in there,” Dutt said.

Hershberger, who didn’t score in the Warriors’ semifinal win over Latrobe, was happy to get the only goal in the title game.

“It’s very exciting,” she said. “They usually mark me well and other girls have stepped up.”

Tramontina finished with five saves in the loss for Fox Chapel.

Penn-Trafford (16-0) attempted all eight penalty corners in the game.

Senior Gwen Hershberger made three saves for Penn-Trafford in posting her second shutout of the playoffs. For the season, the Warriors have now outscored opponents scored 67-4.

“It’s good to not have to face that many shots,” Gwen Hershberger said. “I also like getting the work in too. Tonight was a good feeling.”

“We were really stingy tonight defensively and tried to keep them stopped up front, but Fox Chapel has challenged us more than any other team this year,” Dutt said.

The Foxes also lost to Penn-Trafford, 2-1, in the championship game last year.

“Fox Chapel played an amazing game. They always bring their best in these games,” Dutt said.

Dutt, who has been Penn-Trafford’s coach since the inception of the program in 2005, was awed by the continued championship run.

“It’s exciting,” she said. “It started to hit me earlier in the year that six in a row was possible. Especially because all of these girls have never known anything else than a championship season.”

Penn-Trafford will now head to the PIAA playoffs where they will face the fifth-place team from District 3 in 10 days.

“It’s bad,” Dutt said of the layoff. “You can lose focus really fast. We’re going to scrimmage and start researching our possible opponents and just hope there are no injuries before then.”

The Warriors are looking for their first state playoff win after dropping five straight games, including a 3-1 setback to Selinsgrove last year, their only loss of the season.