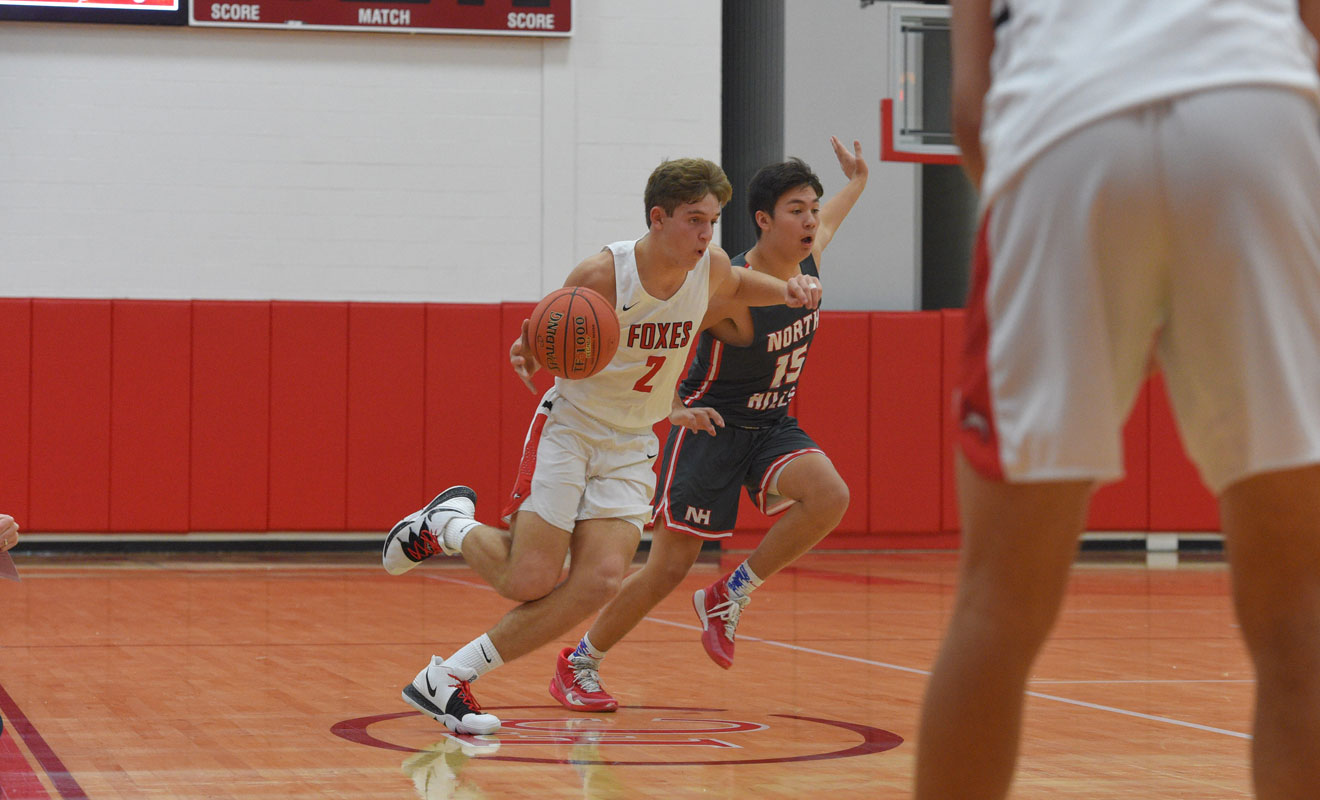 Their season didn’t end the way they hoped, as they lost to Central Catholic, 42-34, in the WPIAL quarterfinals after receiving a first-round bye. Now, the Foxes are out to prove that season wasn’t a fluke.

“We actually thought we had a chance to win it last season, and we ended up going out in the quarterfinals,” junior guard Eli Yofan said. “So, it was definitely tough, but going into this year, I think we have that fire that we want to do better than last year going forward.”

Although they were loaded with young talent last year with players like Yofan, the Foxes graduated four seniors who played crucial roles.

Yofan led the team in scoring with 15.9 points per game, but senior Arnold Vento was right behind him with 14.1 points and a team-high 5.8 rebounds a game. The Foxes also lost Will Livingston, who was another tall and lengthy player in the paint, and guard Shane Susnak, who played a big leadership and defensive role.

Sammy Brown was the fourth senior and was in and out of the lineup throughout the year because of injury.

This season, Fox Chapel coach Zach Skrinjar said his team will have to find a way to replace the guys they lost with a “next man up” mentality.

“It’s just replacing, filling gaps and holes, and guys moving into different roles,” Skrinjar said. “There is just going to be more expectations from some of these younger guys and finding guys behind them to take the roles that they had. It’s just getting everyone to find out what they can do and revamping roles.”

Although they lost a lot of talent and experience from last year’s team, the Foxes also are bringing a lot back. Yofan played a ton of minutes last season as a sophomore and exploded onto the scene as one of the better players in the WPIAL. Players like guard J.P. Dockey and others played valuable minutes for the Foxes as well.

As a sophomore, Dockey scored 5.9 points per game and recorded 2.2 assists while also grabbing 3.0 rebounds. Skrinjar believes gaining that type of experience will be huge as the Foxes look to build for the future.

“Just to be able to play in a varsity game is big for them,” Skrinjar said. “But the thing we’ve talked to them about is now that they are actually in, they might not be the ninth or 10th guy on the scouting report but like two, three, and four. So, you’re going to be defended differently, and it’s all something we’re getting used to together.”

After losing Vento (6-foot-3) and Livingston (6-3), the Foxes won’t be as big this year. Yofan, who was listed at 6-foot, said he’s one of the tallest players on the team. So rebounding will be another point of emphasis for the Foxes as they look to get ready for the season.

“We’re not very tall this year. Like, I’m our tallest player, and I’m going to be playing guard,” Yofan said. “So, we definitely need to work on rebounding because losing Arnold and Will makes things tough.”

The Foxes’ section will also look a little different this season. They’ll keep their matchups with Hempfield, Norwin and Penn-Trafford, but they’ll also add games with Greensburg Salem and Central Catholic.

Fox Chapel boys at a glance